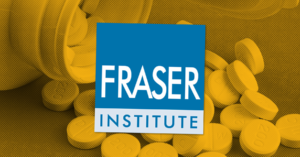 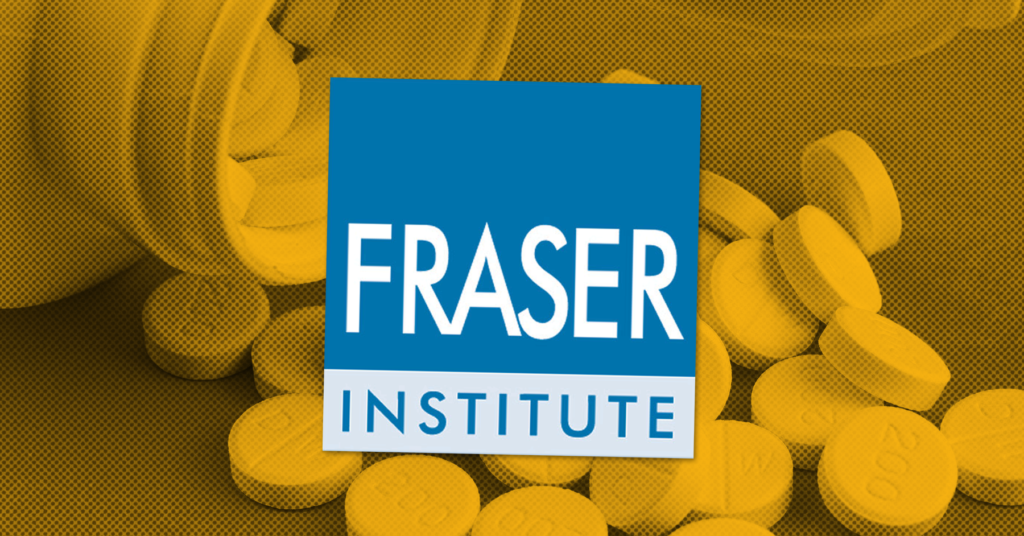 The Fraser Institute Claims Canada is Delaying ‘Life-Saving Drugs’. Their Own Report Shows Big Pharma Is To Blame.

The Fraser Institute claims Canadians wait 469 days for new drugs but their own data shows it’s really more like only four days.

A new report from the Fraser Institute suggesting that cutting regulations will speed up access to new “life-saving drugs” in Canada relies on data that shows pharmaceutical companies are to blame for the delay, not health regulations.

The report, titled “Timely Access to New Pharmaceuticals in Canada, the United States and the European Union,” compares how long it takes new drugs to be approved in Canada, the US and the EU.

Unsurprisingly, the right-wing think tank claims it has found evidence that shows why health regulations need to be axed so big pharmaceutical companies can sell their products as quickly as possible.

Why? There are a number of reasons – find out more here: https://t.co/Hu0ZwdApDG pic.twitter.com/B4WcMBelYT

That resulted in headlines in right-wing media outlets like the Toronto Sun and Epoch Times suggesting that long waits for “government to approve drugs” are leading to long delays for “life-saving drugs.”

Except those headlines are misleading.

Buried in the Fraser Institute’s own report is an admission that the 15-month delay has little to do with Canadian regulators.

In fact, the Fraser Institute concedes, the most “important factor” in explaining the delay has to do with the fact that pharmaceutical companies themselves waited hundreds of days before submitting drug approval applications to Health Canada:

“The more important factor in explaining these delays in approval of new medicines in Canada is the difference in the dates on which manufacturers submitted new drugs to agencies for regulatory approval.”

In other words, the main reason for the delay is because pharmaceutical companies never bothered to file their paperwork.

Although an infographic accompanying the report claims the average “wait” for “new medicines” in Canada is 469 days compared to the US, the fine print buried in the Fraser Institute’s report notes there is an “average 464-day difference between submission dates” between when pharmaceutical companies file paperwork in either country.

So, the average gap between regulators approving new drugs once they’ve received applications is actually works out closer to four days, not 469 days.

Similarly, the average difference between approval dates in Canada and the EU consists of an average 395-day gap between submission dates, and an average of just nine days between regulators approving new drugs.

Despite the delay being entirely an issue of when companies choose to file their own paperwork, the Fraser Institute argues Canada should scrap mandatory approvals for new drugs anyway.

The report recommends Canada scrap mandatory requirements for approving drugs altogether and instead take approvals by the US Food and Drug Administration or the EU’s European Medicines Agency as sufficient to grant access for sale of new drugs in Canada.

“The clear benefits of this approach would be a reduction in the costs of entry to the Canadian marketplace and a significant reduction in the delay Canadians endure for access to new drugs,” the Fraser Institute’s report concludes.

Dr. Lexchin noted several studies have shown the FDA and EMA don’t always reach the same conclusions about which drugs are approved, and that the same is likely true between Health Canada and other regulatory agencies. Dr. Lexchin explained that this raises questions about whether or not Canada would decide to approve a new drug if the FDA and EMA arrived at different conclusions about its safety and effectiveness.

“In the US, the FDA commissioner’s job is a presidential appointment meaning that a Republican president will appoint someone with right-wing views and similarly for a Democratic president,” Dr. Lexchin told PressProgress.

“The EMA makes heavy use of outside consultants and these people often have conflicts of interest and those may affect regulatory decisions,” Dr. Lexchin added.

“There is a regulatory culture that has developed, meaning that evidence will be interpreted differently — there is always a subjective element in interpreting evidence.”

The Fraser Institute speculates “several reasons” as to why pharmaceutical companies take longer to file applications for the sale of new drugs in Canada, including the attractiveness of the market in each jurisdiction and “the extra financial burden incurred through user fees and the costs associated with creating a submission for a particular agency.”

However, Dr. Lexchin said the US’ lax approach to drug prices is the most significant factor.

“Drug companies typically apply for approval first in the United States because the FDA process is faster than other regulators but more importantly, the US does not control prices and therefore there is more money to be made more quickly there than anywhere else,” Dr. Lexchin explained.

“If Health Canada did not do its own approval that probably wouldn’t change when drugs are submitted in Canada because there still wouldn’t be any more money to be made here. As rational economic actors drug companies go where they can maximize revenue.”

The US has some of the highest drug prices in the world, meaning many American patients are unable to afford life-saving prescription medications.

“This report makes the same assumption that nearly all right-wing think tanks (and Innovative Medicines Canada) make, i.e., that every drug is an important therapeutic innovation and that patients will get major benefits from every new drug. That simply is not the case,” Dr. Lexchin explained.

“I’ve looked at all of the new drugs approved in Canada from 2010 to 2018 that have had independent evaluations of their therapeutic value compared to drugs already on the market (287 drug approved and 224 with therapeutic evaluations).”

“Only about 10% offer a significant new therapeutic advantage.”