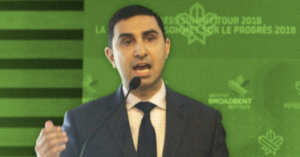 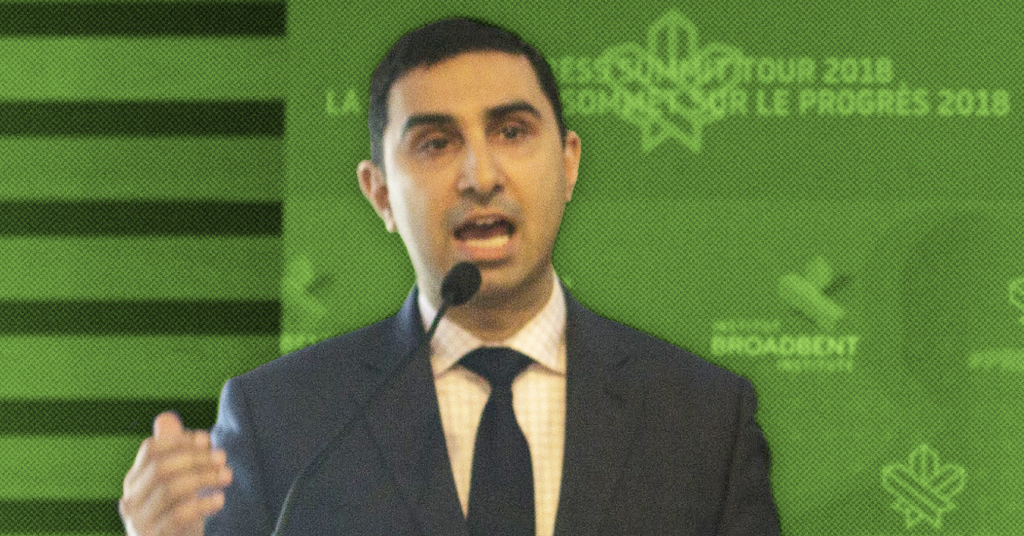 This article is more than 4 years old
Q & A

In a Q & A with PressProgress, Faiz Shakir says it’s time to make Trump and the right-wing propaganda machine play defence again

Shakir, a former Editor-in-Chief of the Washington-based progressive news outlet ThinkProgress, discussed how to build the political infrastructure to take on Trump and the recent explosion of right-wing propaganda on social media.

Here are a few questions PressProgress put to Shakir:

With Republicans in control of every branch of the US federal government, how should progressives pick their battles? How does the ACLU choose where to invest its resources to protect civil liberties in the Trump-era?

First, you need to build the pillars of the things you think are going to be the major fights of the era. For example, we’ve done things around immigration rights, voting rights, criminal justice. You plant a flag and say ‘regardless of who the president is these are things that fundamentally American society needs to address.’

In addition to its legal work, the ACLU also does political, advocacy-based work. How do these two approaches advance the ACLU’s mission?

Litigation is inherently defensive, because it’s reacting to some purported injustice – the passage of some law or act that’s been committed. But what legal work doesn’t always do is offer the proactive vision of what we’re fighting for, and that is the work of political advocacy.

For example, if we’re fighting back against bad voter ID efforts we want to orient around expanding voting rights and having greater voter access and participation and thinking about what the policies would be to accomplish that. If you just have that one half of the ledger, you’re always spending your time beating back. What we’re trying to do is play offence.

One of the factors leading to the rise of Trump were vast networks of right-wing disinformation that created online echo chambers and influenced the mainstream media. As the former Editor-in-Chief of a progressive media outlet, what was your experience watching the emergence of this right-wing propaganda machine?

I think one of the unfortunate things that happened was conservatives started building their own channels. It started with places like Free Beacon, Breitbart, Pam Gellar’s Atlas Shrugs – a few places like this started to spring up and thought they were mimicking the left.

Of course there’s a fundamental misunderstanding of what progressive media outlets were trying to do. We emerged during the Bush-era, at a time when there weren’t people who were loud and proud in opposition to an agenda we thought was taking the country in a horrible direction. But we were very fact-based and grounded our opinions in facts. What the right did was come along and say ‘these guys are a bunch of liars so we’re just going to lie in our own right.’

And what you’ve seen, certainly from Obama’s term all the way up through Trump, was the creation of a huge industry on the right of people who manufacture facts, manufacture outrage. That’s how you got things like the birther conspiracy and all kinds of crazy concoctions. This eventually led to the Tea Party of course, and it built this system on the right where they said ‘we don’t need any other sources of information, we just need this little bubble world we’ve created to know everything we need to know.’

What we found through the election of Trump was that the bubble world they’d created for him was pretty powerful. It had become so bubble-ized that it was hard for anyone to penetrate anymore. It was Breitbart, it was Alex Jones, it was all kinds of crazy rumour-mongering outlets on the right where the people who were the recipients of that information literally had access to no other information and you could not persuade them that their facts and the messengers they were hearing them from were wrong. That became a serious problem and I think Facebook deserves a lot of blame for creating bubbles where people can only get information in silos.

(This interview has been edited and condensed for length and clarity)