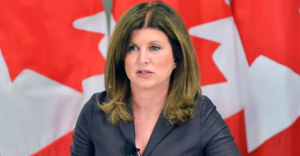 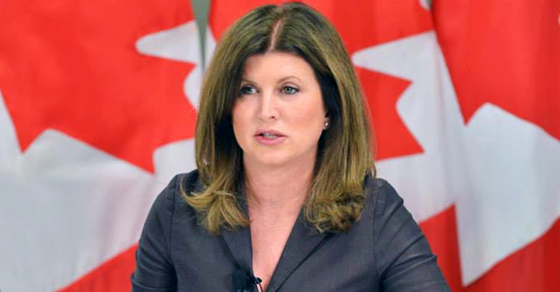 Hey everyone, I’ll be @TwitterCanada HQ tomorrow for a Q&A. Send your Qs using #AskAmbrose. Hope to hear from you! pic.twitter.com/caZi4r2cPC

How did that go?

Well, you can’t say there wasn’t a reaction:

Unfortunately for Ambrose, you can’t say the reaction was positive either.

Here is a sampling of some of the questions that helped #AskAmbrose become the top trending hashtag in Canada:

Am I old stock or new stock? #AskAmbrose

On the day that Harper was found in contempt of Parliament, what was the mood in cabinet? #AskAmbrose

In #elxn42 your party stirred up anti-Muslim sentiment & there were acts of violence against Muslims & mosques.

#AskAmbrose Please explain why your government cut off medical help for refugees.

#AskAmbrose Why didn’t you support the investigation of #MMIW while you were in office? Why the change now that you’re in the opposition?

#AskAmbrose if I declare my uterus a corporation will #CPC stop trying to regulate it?#prochoice pic.twitter.com/zzgwZeClbE

#AskAmbrose hey @RonaAmbrose why did your government create an “enemies list” & audit charities that countered your ideology?#cdnpoli

#AskAmbrose Why did the #CRA target environmental and anti-poverty charities during the last #CPC government? #cdnpoli

#askAmbrose will you be continuing to push the illegal attack on unions and tradespeople if elected? If so, why? #C377 #C525

#AskAmbrose Why did your party spend so much time closing down internationally recognized science stations?

#AskAmbrose Does the CPC officially acknowledge that climate change is real and its effects hurt both the economy & environment…yes or no?

#AskAmbrose Do you admit your party’s obsessive focus on resources hurt Canada’s manufacturing base, leaving us vulnerable to an oil shock?

#AskAmbrose Why did you negotiate such a bad deal in secret? #TPP #cdnpoli #CPC

#AskAmbrose Why does the CPC think that cutting taxes is the solution for everything?

@RonaAmbrose #AskAmbrose I forgot my Gmail passwd. Can CSIS send it to me?

Who was the bigger disaster as a Minister: Leona Aglukkaq or Julian Fantino? #AskAmbrose

That didn’t go so well.