A voter in Burnaby says he’s contacted police and filed a formal complaint with Elections Canada after an official Facebook page connected to Maxime Bernier’s People’s Party threatened to dig up dirt about him.

On the final weekend before a high-profile by-election, the official Facebook page for the People’s Party of Canada’s Burnaby South riding association threatened to conduct opposition research into the personal life of an ordinary voter.

In a Facebook Messenger exchange obtained by PressProgress, the PPC page called the voter a “leftist agitator” and accused the Burnaby South voter of spreading “hate and divisiveness against Canadians on our FB page.”

“Interesting FB page by the way,” the PPC page told the voter. “We’ll research it to find out more about you…” 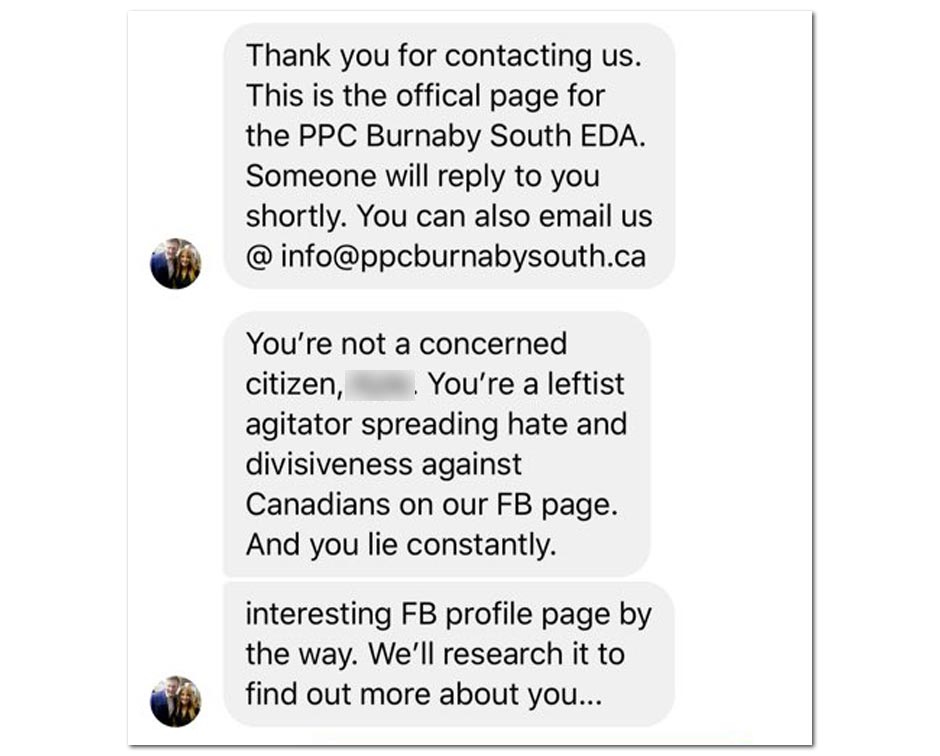 The voter, who requested to remain anonymous due to concerns relating to safety, told PressProgress he has contacted the Royal Canadian Mounted Police and has already “filed an official complaint with elections Canada.”

The voter characterizes the threat as ‘doxxing’, whereby the personal information about critics and dissenters are published online.

During the original message exchange, the official PPC page’s administrator refused to identify themself, asking the voter “what do you think you’re entitled to it? Do you think that you can just demand anything you want?” 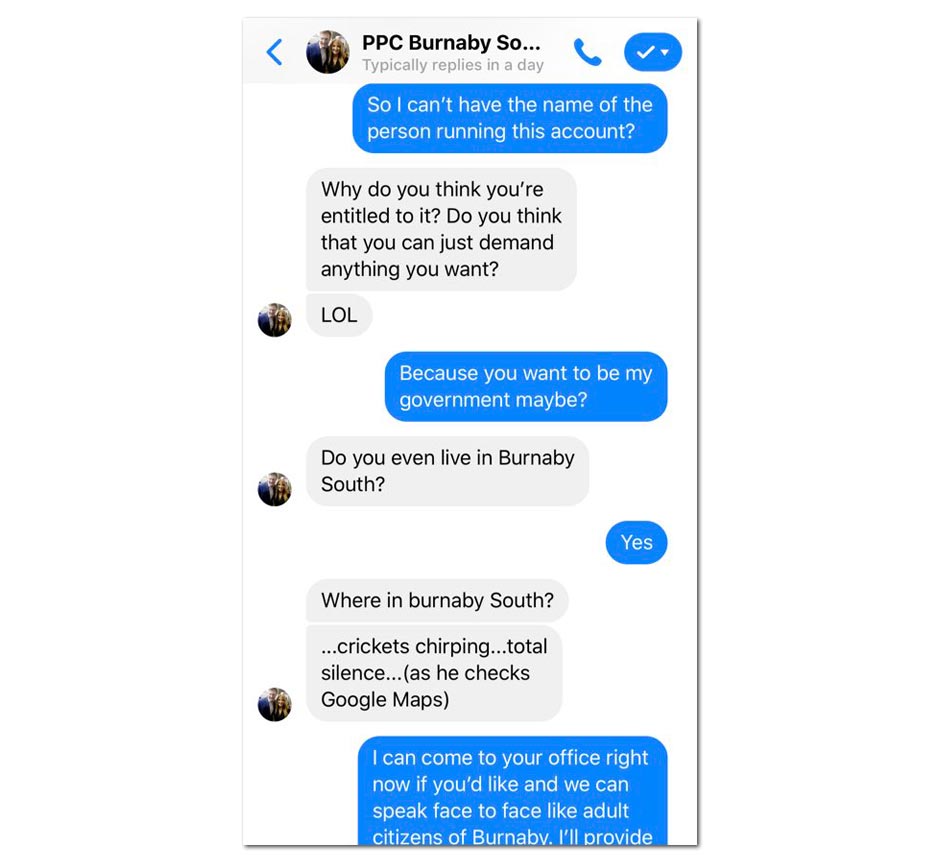 After visiting the People’s Party’s Burnaby South campaign office, the voter says he received an apology from Gurmant Grewal, a former federal Conservative MP. The voter said Grewal vowed to find out who was behind the messages.

“I have nothing to do with the Burnaby South EDA of the People’s Party of Canada,” Grewal told PressProgress.

Despite admitting he “helps to manage” the campaign of Burnaby South PPC candidate Laura-Lynn Tyler Thompson and publicly declaring his support for Bernier’s People’s Party, Grewal repeatedly distanced himself from the party’s activities.

Grewal also denied having anything to do “with any Facebook account” and said he only extended an apology to the voter because he is a “peacemaker.”

“When this gentleman came to the office, they brought him to me,” Grewal told PressProgress. “As a peacemaker, I told him that if someone has offended you, I apologize on behalf of everyone.”

“There is no threat. I didn’t find any threat,” Grewal insisted. “It has nothing to do with the campaign.”

Bernier’s party is running Laura-Lynn Tyler Thompson, a former televangelist and anti-LGBTQ activist, as its candidate in the February 25th by-election in Burnaby South.