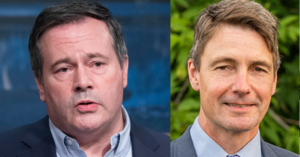 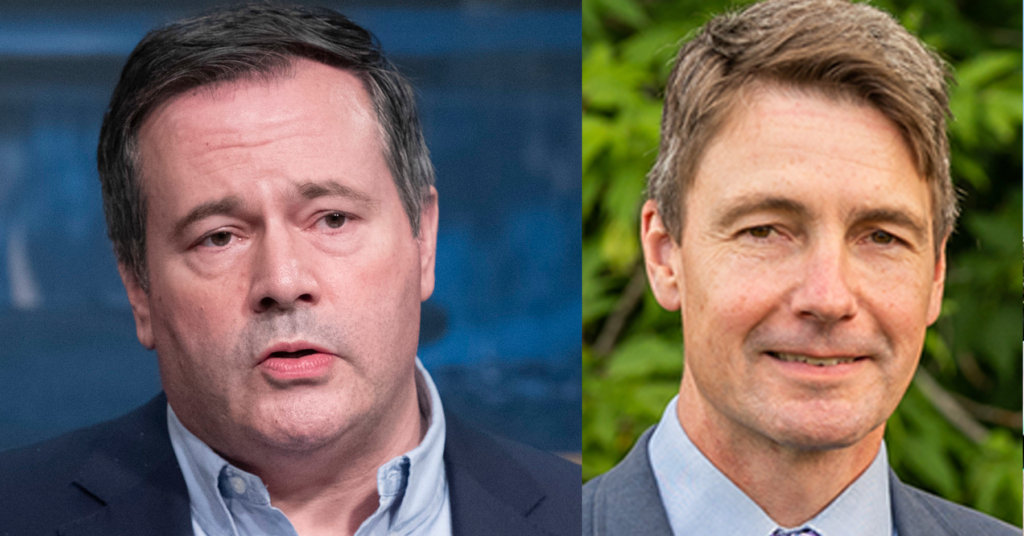 The Dorchester Review, which describes itself as a “semi-academic” history journal, is edited by Chris Champion, a former Kenney staffer from 2007 to 2015. During that time, Champion was responsible for overseeing the Harper government’s controversial citizenship guide.

Shortly after news broke this week that the remains of 215 Indigenous children had been discovered in unmarked graves at a residential school site in Kamloops BC, Champion’s journal began haranguing academics and activists with bizarre tweets.

One University of Manitoba academic received an unsolicited reply from the Dorchester Review’s official Twitter account dismissing the deaths as probably “tuberculosis or some other disease.”

That promoted Alberta NDP Deputy Whip Janis Irwin to respond that it was “reprehensible and disgusting” one of the key writers of Alberta’s social studies curriculum would “minimize the finding of a mass grave of 215 Indigenous children.”

The Dorchester Review is edited by Chris Champion, a friend of Jason Kenney, and one of the key writers of Alberta’s social studies curriculum. 🧵#abed #ableg https://t.co/OM0oHNSZGW

If this isn’t further evidence this curriculum needs to be shelved, I don’t know what is. We know Indigenous elders and leaders have not been consulted, and those who have report being tokenized. Enough is enough, @jkenney. Trash your drafts.

In one exchange, The Dorchester Review Twitter account claimed the Truth and Reconciliation Commission was influenced by “politics and cashola” and asserted that Indigenous children went to residential schools because “in many cases their parents wanted them there.”

As I am sure you know, it’s because in many cases their parents wanted them there. That’s why this should be based on research, not the politics and cashola of the TRC.

In another exchange, the journal characterized the Truth and Reconciliation Commission’s activities as “cash for anyone who spins a tale.”

“The facts are on our side,” the Dorchester Review account added. “Parents wanted children to learn English and acquire skills so they could make their way in the urbanizing world.”

“The truth will come out someday.”

Cash for lawyers, and with TRC, cash for anyone who spins a tale. And yet the facts are on our side: parents wanted children to learn English and acquire skills so they could make their way in the urbanizing world. https://t.co/nYvcOxS92V The truth will come out someday.

One Anishnabe Twitter user lamented the Dorchester Review’s “revisionist BS by genocide deniers” and expressed hope that they get their “just desserts.”

The journal, edited by Alberta’s social studies curriculum author, replied asking if that implied getting “scalped.”

“Just desserts” to be scalped, flayed and burned alive, or beaten and enslaved, perhaps? pic.twitter.com/6C0Tv1j2qA

In other tweets, Champion’s journal is seen engaging in name-calling directed at university history professors.

Sean you are truly a fartass. TB was the Number 1 cause of death for *all Canadians* in the much of the 19th century. https://t.co/9O5bssL8Pm

The Dorchester Review did not respond to PressProgress when asked if the tweets about residential schools were personally authored by Champion.

The journal’s website lists Champion as the Dorchester Review’s Editor alongside a number of contributors. The website does not indicate that there are any full-time employees apart from Champion nor does it identify who runs its Twitter account.

You mean journals have editors? Personal attacks are an admission of defeat. Where does the real academic research on Residential Schools begin and end? For “scholars” that should be a legitimate question. Too many academics instead have a totalitarian spirit to control the past.

Champion, who reviewed Kenney’s draft K-4 curriculum rewrite, once called the inclusion of Indigenous perspectives a “fad” and claimed an exercise that teaches students the effects of colonialism “brainwashes children.”

The K-6 Draft curriculum has been rejected by three of Alberta’s four largest school boards, with others following suit.

In April, the Sovereign Nations of Treaty 8 wrote to Kenney asking for curriculum revisions. Lubicon Lake Chief Billy-Joe Laboucan, who was brought on to consult on the curriculum, recently told reporters he felt “betrayed” by the process.