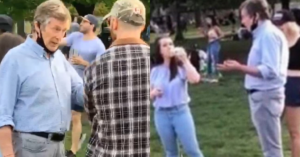 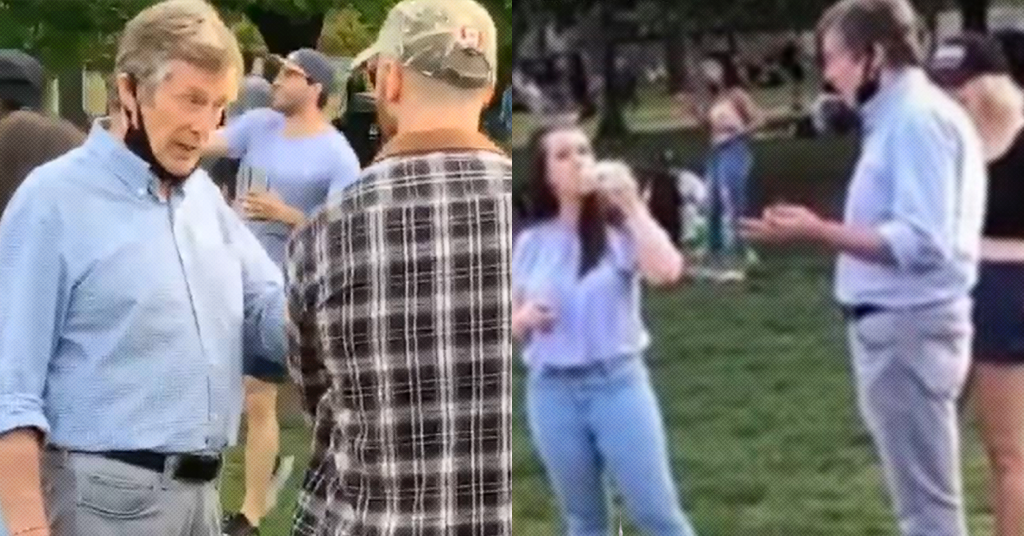 John Tory might have more explaining to do after photos emerged on social media suggesting the Mayor of Toronto was not following his own physical distancing rules when he mingled with large crowds in Trinity Bellwoods park Saturday.

The west end Toronto park was trending across Canada for much of the day as numerous photos and videos emerged of thousands ignoring city bylaws by gathering in large groups and flouting physical distancing rules.

Last month, the City of Toronto passed an emergency order requiring anyone in a public park to keep “two metres (from) any other person who is not a member of the same household.” Anyone who violates the rules could face a $1,000 ticket.

The physical distancing rules were still in effect this weekend.

Toronto Councillor Joe Cressy called the lack of physical distancing “dangerous and selfish behaviour,” while the Toronto Sun wondered how so many people could have “never heard of physical or social distancing in the coronavirus era?”

It looks like that might be a good question for the Mayor of Toronto to answer too. 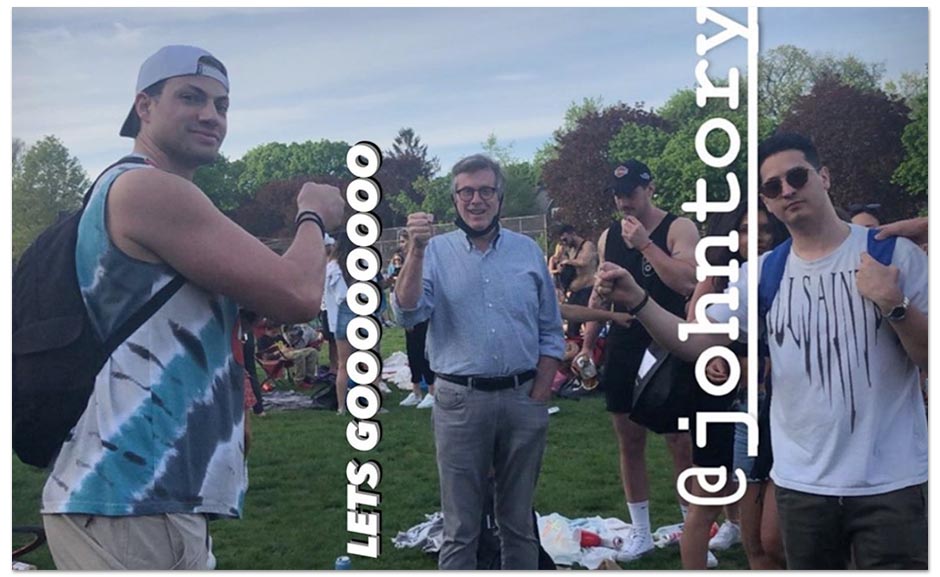 A number of those photos appear to show Tory interacting with groups while standing much closer than six feet away, as per  the city’s physical distancing rules.

While Tory did bring a face mask to Trinity Bellwoods, the photos show it was pulled below his chin as he spoke face-to-face with people gathered in the park. 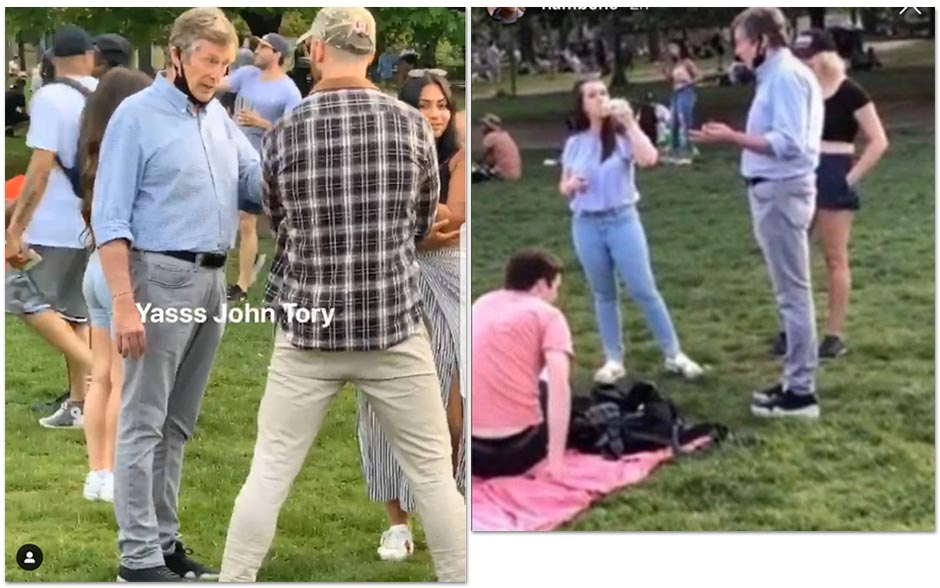 In a statement to PressProgress, the Mayor’s communications director Don Peat confirmed Tory went to Trinity Bellwoods park “between 7 pm and 8 pm.”

“The Mayor was speaking with people in the park to find out why they were there,” the mayor’s office spokesperson said. “Both the Mayor and Councillor Cressy went to the park separately yesterday to investigate personally.”

Councillor Joe Cressy confirmed he too went to the park, but said he did not interact with anyone in the park from within a six foot distance.

“I cycled around the Trinity Bellwoods park path to see the situation with my own eyes,” Cressy explained to PressProgress. “I did not talk to anyone in the park.”

In response to the photos showing Tory standing closer than six feet to people he was speaking with in the park, the mayor’s office said he “made significant efforts to maintain physical distance” but conceded he could do better in the future.

“We are all getting used to wearing face coverings in public,” Tory’s spokesperson told PressProgress. “The Mayor will make sure his mask is on properly when he is out in public in situations where public health and physical distancing guidelines recommend wearing one.”

Shortly after the mayor’s office issued its statement to PressProgress, Tory tweeted a reminder asking city residents to “help prevent the spread of COVID-19 by keeping your distance from others and following public health advice.”

As residents spend time outside today, I encourage everyone to take the personal responsibility our city needs right now – and do your part to help prevent the spread of #COVID19 by keeping your distance from others and following public health advice. pic.twitter.com/oeqRRKjdNy

Update: This story has been updated to include additional comments from the mayor’s office that were provided after this story was first published.