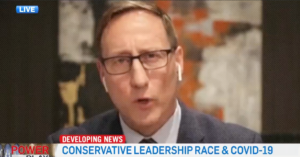 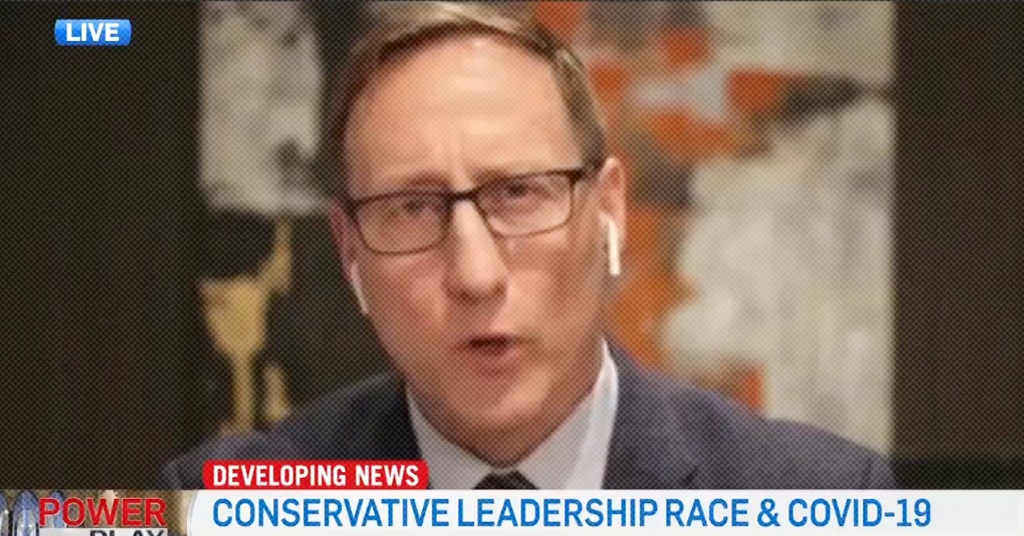 Peter MacKay Had Not One, But Two Train Wreck Interviews on Live Television Last Night

If you thought you and your family are having a tough time during this pandemic, spare a thought for Peter MacKay.

The former justice minister, who only a short time ago appeared to be a shoe-in to win the leadership of the Conservative Party of Canada, learned late Thursday night that his coronation ceremony will have to be postponed after the party’s leadership race was officially suspended due to the coronavirus pandemic.

It is no longer possible to meet the deadlines necessary to process memberships and donations, or print, process and count ballots in time for a June 27 announcement,” the Conservative Party said in a statement.

MacKay seemed to anticipate which way the wind was blowing.

Canada held elections during both world wars and the great depression. The Conservative leadership race must continue. pic.twitter.com/ch2hWrWiLw

“Has Peter MacKay, and I’m quoting him here, lost his mind?” CBC Power and Politics host Vassy Kapelos asked MacKay. “MacKay is literally the only Canadian pretending the virus is not upending absolutely everything.”

“That’s a ludicrous statement from a guy who’s not even living in Canada,” MacKay responded. “You’re talking to me, do I sound like I’ve lost my mind?”

“I find it quite odd that there is such a rallying on the part of the media and certain individuals in other camps that want it to stop. That’s what I find odd.”

“That’s a ludicrous statement from a guy who’s not even living in Canada,” said @PeterMacKay about a column by @AGMacDougall which said: “Has Peter MacKay lost his mind?…MacKay is literally the only Canadian pretending the virus isn’t upending absolutely everything.” #cdnpoli pic.twitter.com/DB4Fhw3Qkc

MacKay appeared in another head scratcher of an interview a short while later on CTV News Network.

“You might ask the other candidates why do they want to stop,” MacKay told CTV Power Play host Evan Solomon.

“Because there’s a pandemic and they think people have other things on their mind than campaigning,” Solomon suggested. “That’s their rationale”

“Is it?” MacKay replied, his response followed by an extended silence.

Peter MacKay tells @EvanLSolomon he might want to ask why other Tory leadership candidates want the campaign stopped.

“Because there’s a pandemic,” Evan says, after a pause.

MacKay’s director of communications quit his campaign last week, reportedly over objections to the candidate’s decision to continue campaigning during the pandemic.