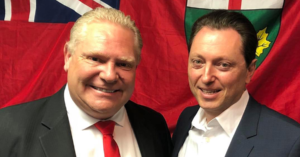 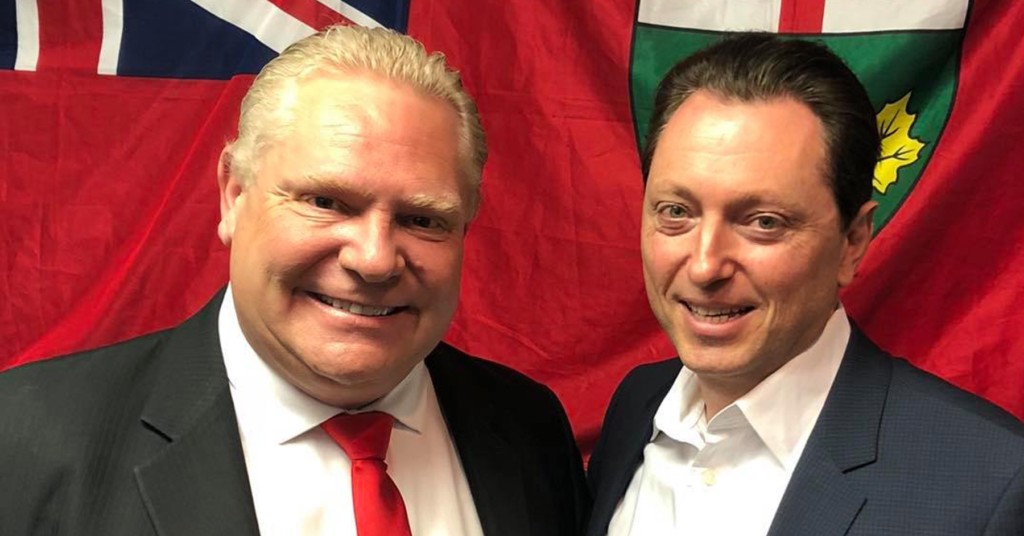 Doug Ford’s assistant infrastructure minister is an outspoken defender of Ontario’s response to COVID-19 in long-term care homes, but he’s been less vocal about his investments in two of the province’s most controversial LTC companies.

The disclosure statement does not indicate that the shares are held in a blind trust.

Sienna and Chartwell have both been subjects of controversy owing to their treatment of long-term care residents during the COVID-19 pandemic. They’re among the top private care companies linked to elevated resident deaths.

While long-term care homes are overseen by Ontario’s Ministry of Long-Term Care, the Ministry of Infrastructure is runs initiatives such as the Long-Term Care Development Program, launched in late 2020 to offer surplus government land to care providers — including at one site in Oakville. It is open to for-profit, non-profit and public facilities.

Sienna, one of the long-term care companies Crawford listed on his filing, later noted in a November 18 earnings call that the Ministry of Infrastructure program could “benefit Sienna’s properties”:

“It stinks to high heaven,” Mehra told PressProgress. “This is so clearly entirely unacceptable that whether or not it is technically legal is irrelevant.”

“It underlines the fact that our system needs to fundamentally change.”

Crawford promoted the program in a November 5, 2020 Oakville Beaver column.

“Establishing more capacity in Oakville will alleviate the wait time for seniors who need to access the care provided by long-term-care homes,” Crawford wrote. “Our town will benefit for many decades with these two homes, as our population ages.”

Our government is cutting red tape, and creating more affordable housing and long-term care spaces by implementing a more efficient process for selling surplus government properties, and we expect to earn roughly $105 to $135 million in revenues over a four-year period. #Oakville pic.twitter.com/DctWyTbutr

According to the Ford government, the role of an assistant minister is to “support ministers with legislative and committee matters” and “play a key role in building relationships and communicating government initiatives across the province.”

Hansard shows Crawford has spoken out about long-term care homes in the legislative assembly at least 20 times since he was elected. Crawford did not mention his investments in the sector on any of those occasions.

In March 2021, Crawford told the Legislature: “Across the world, and here in Ontario, long-term-care homes became the front line in the fight against COVID-19. Our government has used every option at our disposal to prevent and contain the spread of this virus and to protect our most vulnerable, and we will continue to do that.”

I was pleased to sign the #NotaSecondLonger pledge from @OntariosDoctors today. A @OntarioPCParty is going to work with front line medical professionals to ensure our health care system is improved. #onpoli #oakville pic.twitter.com/4TwYt2wLjI

In a statement to PressProgress, Ontario’s Integrity Commissioner explained that“ by law MPPs are required to file their financial disclosures annually” and disclose all their holdings as of, in this case, September 1 2020.

“The Members’ Integrity Act does not restrict an MPP who is not a minister from holding stocks or shares,” the spokesperson said.

The Oakville MPP is not the only member of Premier Ford’s caucus who previously reported owning shares in private long-term care companies.

Current Attorney General Doug Downey reported owning shares in Sienna in 2018. In September 2019, shortly after being named to Doug Ford’s cabinet, the shares in Sienna no longer appeared on Downey’s disclosures.

In late 2020, Downey introduced the Supporting Ontario’s Recovery Act. That act, according to the private LTC industry, shielded it from some potential liability costs.

Neither Crawford nor Downey nor their relevant ministries responded to requests for comment from PressProgress.