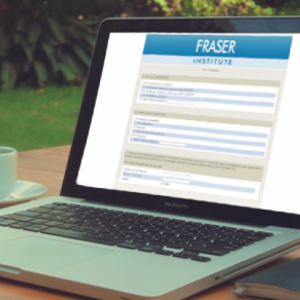 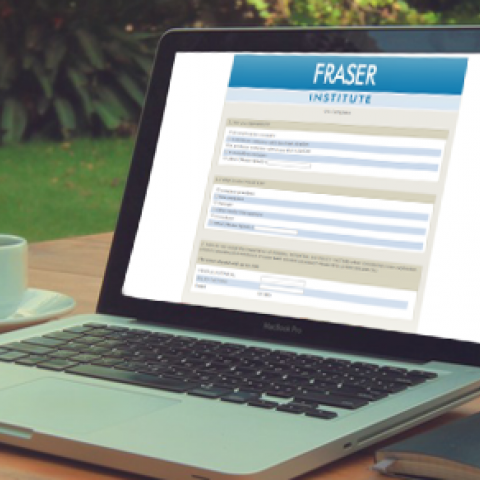 Editor’s Note: The Fraser Institute closed its online mining survey on Sept. 24 after this post was published. Ever envy how the math wizards at the Fraser Institute get to play with numbers and you don’t? Now, thanks to the Internet, ordinary Canadians finally have the opportunity to join in and add to the institute’s […]

Editor’s Note: The Fraser Institute closed its online mining survey on Sept. 24 after this post was published.

Ever envy how the math wizards at the Fraser Institute get to play with numbers and you don’t?

Now, thanks to the Internet, ordinary Canadians finally have the opportunity to join in and add to the institute’s data set right from the comfort of their own home.

The “data-driven” right-wing think tank based in Vancouver is currently soliciting participants for its annual Survey of Mining Companies — from an online survey that’s fully open to the public.

The survey apparently represents the views of “exploration, development, and other mining related companies around the world” — part of “an attempt to assess how mineral endowments and public policy factors such as taxation and regulatory uncertainty affect exploration investment,” according to last year’s survey preamble.

Some of the stranger things we learned from the 2013 survey include:

The Fraser Institute acknowledges the questionnaire is just a snapshot of how mining insiders perceive the world, although the results shape headlines and are used by industry insiders a policy agenda. The institute also brags that “governments find this tremendously useful.”

But does the institute only accept the opinions of informed industry insiders?

This year’s survey is currently available online, and it seems that anyone can fill out the online questionaire regardless of whether or not you know the first thing about mining. Providing your name and contact information are optional (but if you do, you have a chance to win $1,000).

Here’s a walk-through of just how easy it was for PressProgress to fill out the mining survey:

First things first, you have to identify what you do and who you work for.

You could say you’re the president of a multimillion dollar mining company: Or you could say you’re a dinosaur crane operator: Next, the Fraser Institute asks which regions we’re “FAMILIAR” with (not limited to first-hand experiences), and asked us to select “AS MANY AS POSSIBLE.”

You could zero in on just one jurisdiction: Or you could select every single place you’ve ever heard of. Who’s going to stop you. See? The multiple choice part of the questionnaire for each jurisdiction goes much faster when you pick one column and just keep clicking the same answer for every question:

The Fraser Institute also wants to hear about any “regulatory horror story” you’ve had.

So here’s a horror story we found about Zambia (it ranked as the 41st most attractive on the Fraser Institute’s “Investment Attractiveness Index” in its 2013 survey, ahead of Nova Scotia, California and France).

At the end, you can provide your name and address. It’s optional.

But if you don’t feel like giving Fraser Institute your real name, you can always make up a plausible sounding name:

Or you can be creative:

And voilà! Just like that, you’ve become part of a data set!

Addendum: following the publication of this post, the Fraser Institute closed the survey:

Photo: Zergev. Used under a Creative Commons BY-2.0 licence.