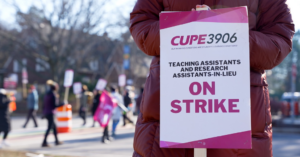 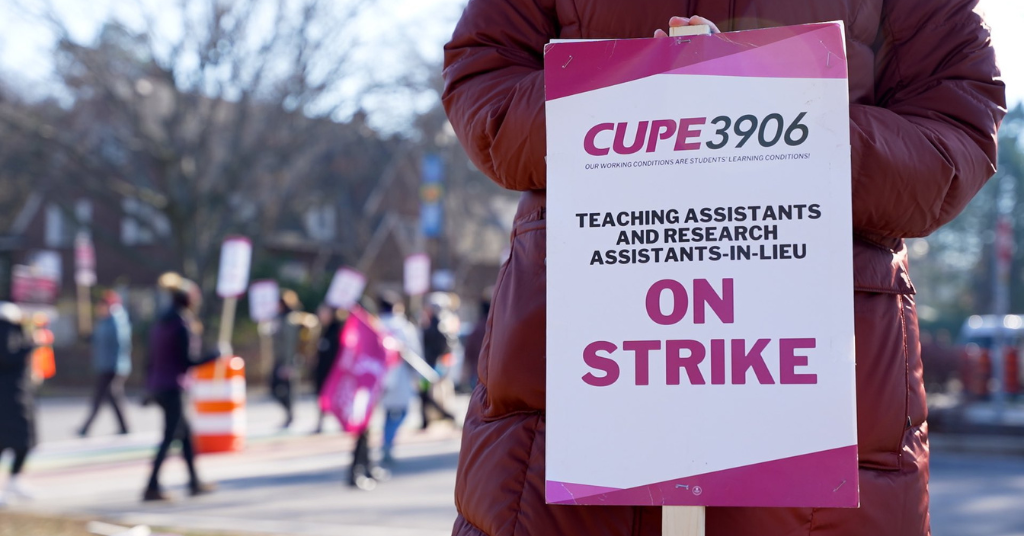 "The right to continue working must also be respected," a university email addressed to the union's members said.

McMaster University invited striking teaching assistants and research assistants to return to work as scabs – complete with a “confidential” form, according to leaked emails obtained by PressProgress.

2,800 teaching and research assistants at McMaster University, represented by CUPE Local 3906, are on strike in Hamilton.

Despite a 90% strike vote, the university offered the graduate TAs a 9% increase over three years – a below inflation average.

By contrast, the union is seeking a 9% wage increase in the first year and 3% in years two and three to keep up with inflation for graduate teaching assistants. It is seeking other measures to close the wage gap between graduate and undergraduate TAs and protection against tuition hikes.

“If you don’t come from money and you don’t win a fancy scholarship, your only option is to find other jobs from the one they allow you and then go into debt,” CUPE 3906 president Christopher Fairweather told PressProgress,

“We make up a third of the workforce but our wages are only 3.7% of payroll because we’re allowed to work so few hours,” Fairweather said.

Yet, after just a week, McMaster has already sent out several emails – addressed to “CUPE 3906, Unit 1 Members” to encourage them to cross picket lines.

The university advised striking 3906 members that, while they have the right to strike, the “right to continue working must also be respected.”

While claiming that the union members have “chosen to strike,” the email said: “Any TAs or RAs in lieu can choose to continue working at any time.”

Over the course of the pandemic, the university raked in $232 million in revenues, more than enough to cover the union’s asks, Fairweather said.

“They’re digging in their heels on the principle that the workers don’t deserve more than they’ve offered. And, they’re working very aggressively to break the strike.”

“If you elect to work, the university will keep this information confidential. Information is only shared with those who process payment and your supervisor who oversees your work. McMaster respects the right of the union, and its members, to strike. The right to continue working must also be respected.”

Attached to that claim is a TA Declaration eForm, accessible internally, where the union’s members can sign up for scab labour.

“They’re very aggressively strikebreaking,” Fairweather said. “I would be shocked if the money they’re putting into strikebreaking actually costs less than the money it would cost to just settle with us.”

The University did not respond to requests for comment.