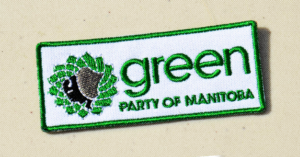 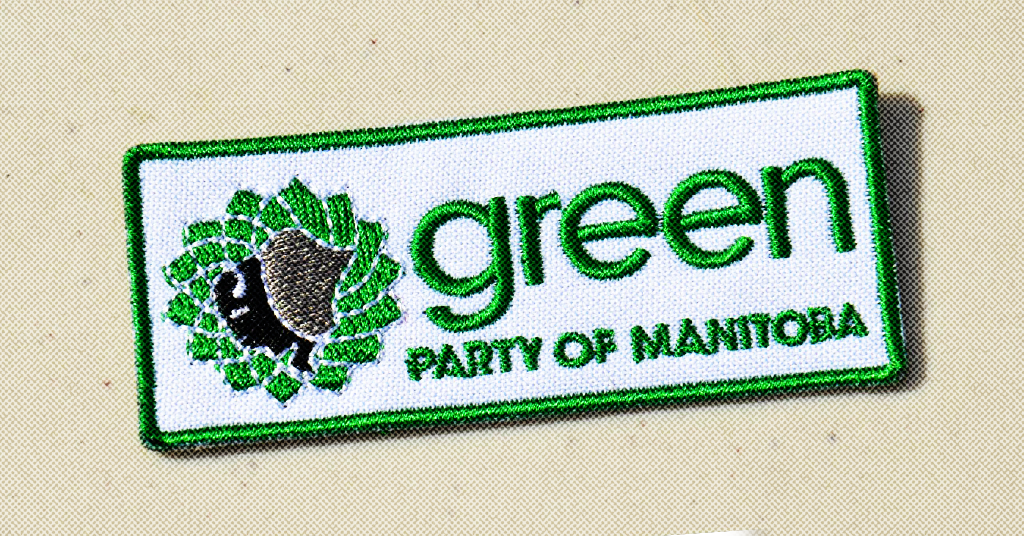 Green Party officials confirmed to PressProgress they removed a few unusual details that appeared on the campaign website of Martha Jo Willard, the Green Party candidate for the Winnipeg riding of Notre Dame.

Willard, a former federal and provincial Liberal candidate now running for the Greens, wrote a lengthy biography for her campaign website chronicling the many twists-and-turns in her journey to become a veterinarian in 1980s Winnipeg.

The original version of her online biography explained that Willard nearly gave up on her dream of becoming a veterinarian after “failing to be accepted to veterinary school on the first two tries.”

The Green candidate’s original bio noted that even after graduating from veterinary school, she still had trouble finding a job until she applied for a job in Winnipeg:

“After 97 job applications and no interviews, she applied for a position in Winnipeg. She was accepted, even though she wasn’t black.” 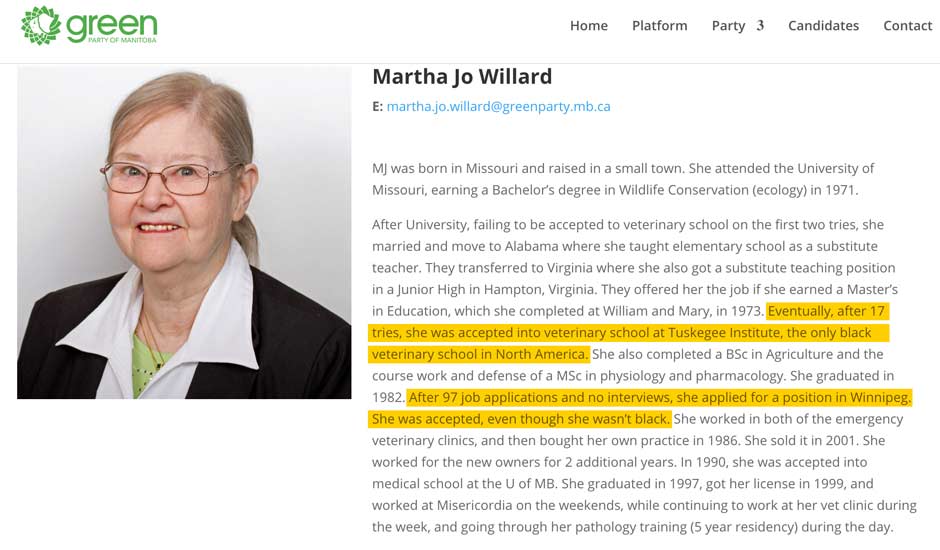 “The original post to the website had a copy-and-paste error,” said an official party statement to PressProgress. Green spokesperson Bryanne Lamoureux later clarified the bio was written by the candidate and posted to the website by a party staffer.

“Upon further reflection and editing,” the party statement said, “it was decided that a simpler, less potentially confusing biography was preferable, which is why it was edited further.”

The party also cut a reference to the candidate’s 97 failed job applications.

Tuskegee University is a recognized historically Black university in Alabama, founded in 1881 on an abandoned plantation by Booker T. Washington and other former slaves soon after the US Civil War.

Willard did not respond to multiple requests for comment from PressProgress.

Elections Canada records show she has made thousands of dollars in donations to the federal Liberals between 2013 and 2018.

In a biography attached to a 2011 press release, the Liberal Party of Canada noted Willard graduated from Tuskegee in 1982 before “immigrating to Winnipeg four days later,” offering no comment on race or her 97 failed job applications.