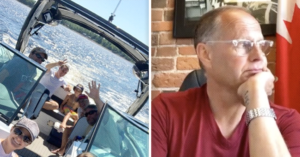 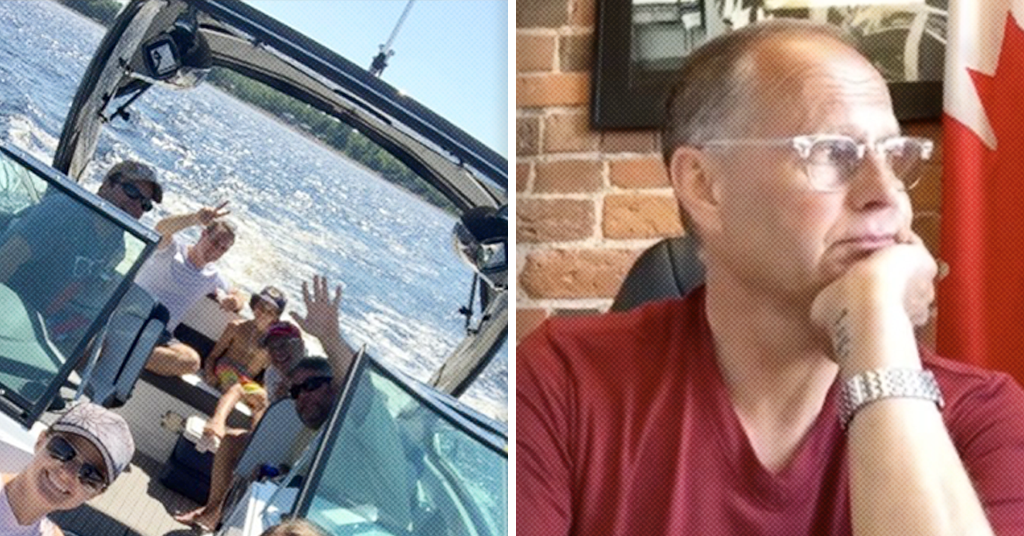 Long, a former seafood executive turned federal MP in Saint John, New Brunswick, recently deleted his Twitter account, complaining that he is facing “relentless attacks on Twitter” and does not “find it productive.”

“I am not subjecting myself to 140 characters on Twitter where I can’t respond,” Long explained in a recent Facebook video.

To illustrate his point, the Liberal MP addressed a recent controversy surrounding a a photo he tweeted a few days before deleting Twitter. The photo shows Long on a boat driven by someone holding what appears to be an open can of beer.

“#realpeople #realfriends #bulliesalwayslose,” the Saint John-Rothesay MP wrote (the tweet has has since been deleted). 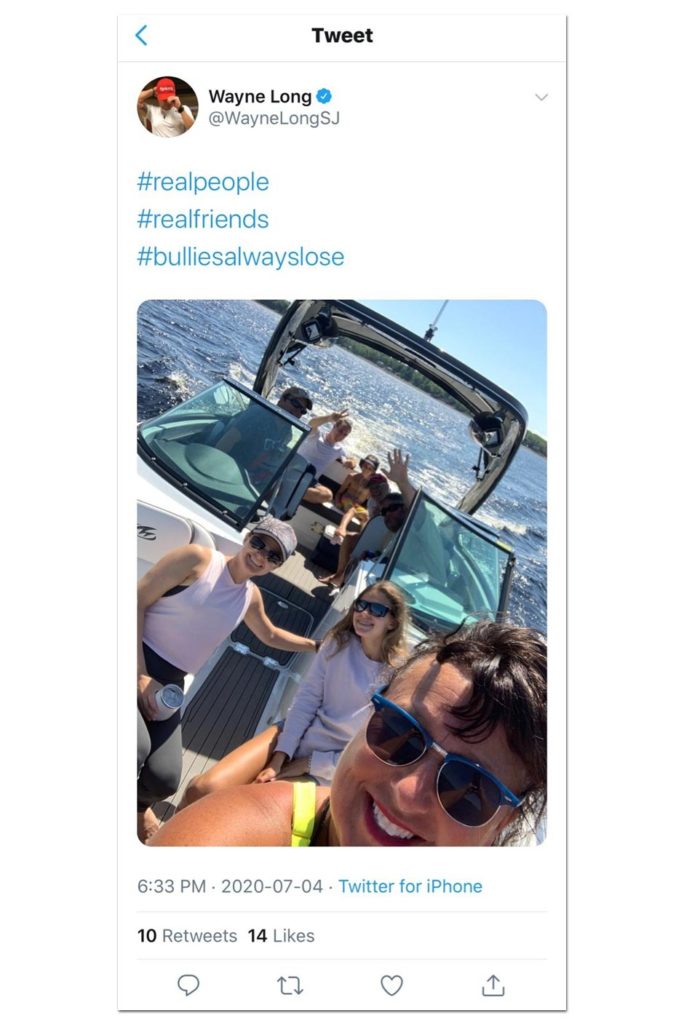 Long did not respond to multiple requests for comment from  PressProgress about the tweets, first flagged by local activists.

Saint John-Rothesay M.P. Wayne Long has deleted a tweet posted yesterday, which included a photo of the M.P. on a boat with a driver who appears to be holding an open alcoholic beverage. #nbpoli #canpoli pic.twitter.com/T2wbbmMrmf

Saint John-Rothesay MP @WayneLongSJ has made his instagram account private ahead of an announced “Ask Me Anything” broadcast.

The stream is set to go out over Facebook Live as well, tonight at 6. https://t.co/0Z73My9j6k pic.twitter.com/vihTHHAM3t

After ignoring multiple requests for comment, the Liberal MP warned constituents on an “Ask Me Anything” Facebook broadcast on Tuesday that an unflattering news story was set to come out.

In the video, Long acknowledged that “the guy driving the boat” is holding what “certainly looks like a can of beer,” but stressed that you can only see the beer can “if the picture is taken and blown up 10 times over.”

“This will obviously come out in the paper, I guess, maybe tomorrow, but I had a first weekend in a long time where I was going to actually get away for a day, and we looked forward to getting away for that day. And I was on the end of a dock, a friend, and a guy about five docks down, maybe six docks down, big long list of docks here, came by and asked if we wanted to go for a boat ride. ‘Sure, thank you very much, beautiful boat’. So, jumped in the back of the boat where I sat and we proceeded to be toured around for, I dunno, 30 minutes, maybe 40 minutes. Wonderful, wonderful tour. Denise wanted to get a picture. She went to the front of the boat, snapped the picture. I posted the picture on my Instagram. Within, I dunno, maybe an hour, 30 minutes, the picture is on Twitter. ‘Wayne Long, drinking and boating’. Okay? So, I’m like, what? The picture is I’m sure somewhere, somebody has it. I’m looking at the picture, I’m like ‘what are they talking about’? But the picture gets blown up, way blown up, you can see the guy driving the boat has a can. It certainly looks like a can of beer. But I’m behind him with my little jug of water here and of course that’s only seeing if the picture is taken and blown up 10 times over and examined up and down and up and down and up and down. And obviously, so the picture is posted. Didn’t want to cause a distraction, didn’t want to cause a furor, took the picture down. Right back up again, right back up again. So, yeah, I don’t know what to say. I, again, I’d love to have a beer on a boat — love it. But, you know, the bizarre thing about it is I’m in the middle of this program, and like, it’s not what it is.”

“The casual nature of Long’s tweet … shows how easily boating safety can take a back seat to fun,” The Telegram later observed, reminding readers that “water safety rules apply to all.”

In Canada, rules on impairment for drivers and setting out when occupants of boats are legally allowed to drink alcohol vary from province to province.

According to BoatSmart, a boating safety course provider that is accredited by Transport Canada, rules on boating in New Brunswick are “the same as those applicable motor vehicle operators.”

“There is no difference between drunk driving and drunk boating,” BoatSmart says, adding that in New Brunswick “boat passengers may only consume alcohol on a boat if the boat is anchored or docked.”