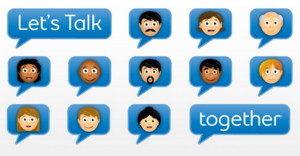 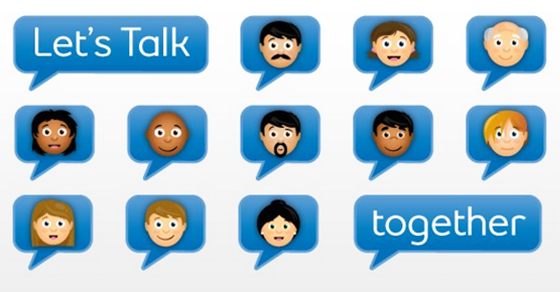 Our "fragmented and underfunded mental health systems across the country are far from able to meet the mental health needs of Canadians."

January 27 is the annual #BellLetsTalk day.

Last year’s campaign raised a little over $6 million off 122 million tweets in just one day.

While these kinds of initiatives help alleviate stigmas around mental illness and raise funds for programs, it’s also unfortunately a drop in the bucket compared to what Canada needs to be doing to start treating mental illness as seriously as we treat other illnesses of the body.

As the Mental Health Commission of Canada points out, our “fragmented and underfunded mental health systems across the country are far from able to meet the mental health needs of Canadians.”

In 2012, the MHCC published a Mental Health Strategy with recommendations in several areas relating to awareness and prevention, improving access and eliminating barriers to services and addressing the intersections of gender, sexuality, race and socio-economic status in mental health services.

The MHCC has called for an increase in mental health care spending of 2% compared to overall health spending in Canada – at least several billion dollars more than Canada already spends per year.

Don’t like that number? Well, let’s talk about a few other numbers:

That’s how many Canadians will be affected by mental illness during their lifetime, whether because they personally experience mental health issues or indirectly through family, friends or coworkers.

One-in-four Canadians will personally experience some form of mental illness during their lifetime.

Only one-third of those requiring mental health-related services actually receives treatment in Canada.

Although the stigma of mental illness presents one major barrier for those seeking help, many others are unable to access or afford services in their communities.

The burden of disease in Canada represented by mental illness, which also represents the leading cause of disability.

To put that number in perspective, Canada currently spends far less on mental health than many other countries. The UK and New Zealand dedicate between 10-11% of public health spending on mental health care.

The Mental Health Commission of Canada has called for this number to be increased from 7% to 9% over the next 10 years.

One-in-five Ontarians who report a mental disability fell below the low income after tax status in 2010 compared to 10% who report no disability.

Similarly, the Ontario Human Rights Commission says 29% of Ontarians who report mental illness either lives in inadequate housing or struggles with the affordability of their housing.

The MHCC suggests 119,800 of homeless people in Canada suffer from some form of mental illness. Various studies have estimated anywhere between 25% to 74% of Canada’s homeless could be affected.

That was the overall unemployment rate in Ontario in 2011.

For Ontarians with mental illness or addiction, the unemployment number more than doubled to 20%.

Half a million Canadians will miss work in any given week due to mental illness.

That’s how much mental illness costs the Canadian economy each year.

The Centre for Addiction and Mental Health (CAMH) estimates the economic burden of mental illness to be a staggering $51 billion each year, as measured in health care costs, lost reductions in health-related quality of life and lost productivity.

The Mental Health Commission of Canada estimates the cumulative cost of providing treatment, care and support services for Canadians with mental illnesses will exceed $2.5 trillion over the next 30 years.

How many Canadians commit suicide each year – an average of more than 10 each day.

The prevalence of suicide among First Nations youth is 5 to 6 times higher than non-Aboriginal youth.