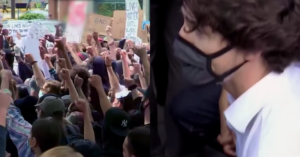 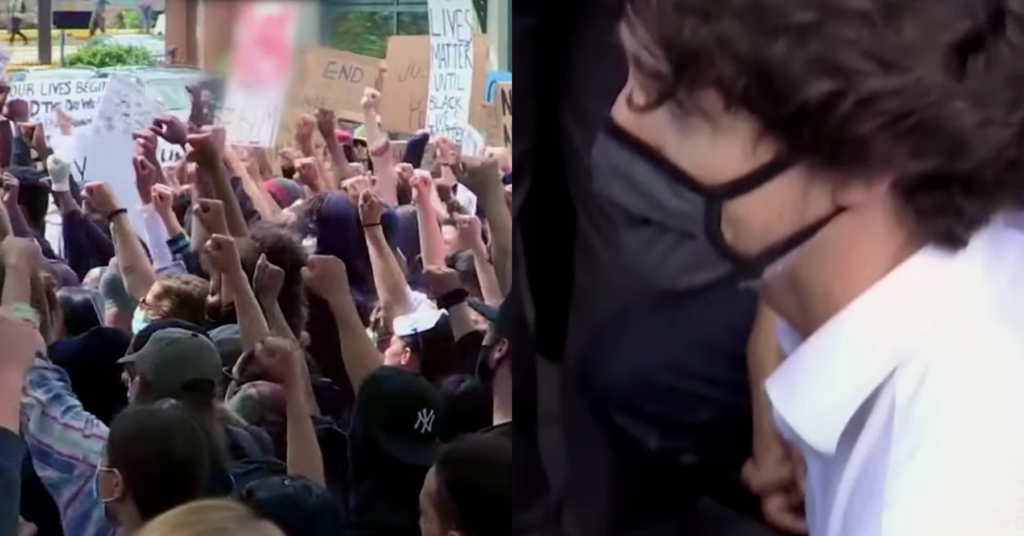 As rumours circulate that an election could be called with the snap of a finger any day now, the Liberals rolled out the party’s first 2021 election ad Saturday morning.

The ad, titled “Relentless,” appeals to nationalistic themes and credits Canadians for having “each other’s backs” during tough times in our nation’s history, including the Second World War and the current COVID-19 pandemic.

The ad expands on that theme by suggesting it’s the essence of the Canadian spirit to overcome differences of opinion simply by listening to one another:

“We speak our minds, and we listen to each other. And while we may not agree on everything, we find a way to work things out.”

One image shows a June 2020 rally at Calgary City Hall protesting the police murder of George Floyd while another image shows Black Lives Matter protesters with signs referencing the killing of Abdirahman Abdi by Ottawa Police.

The ad then cuts to images of Trudeau taking a knee at a Black Lives Matter rally on Parliament Hill last year. 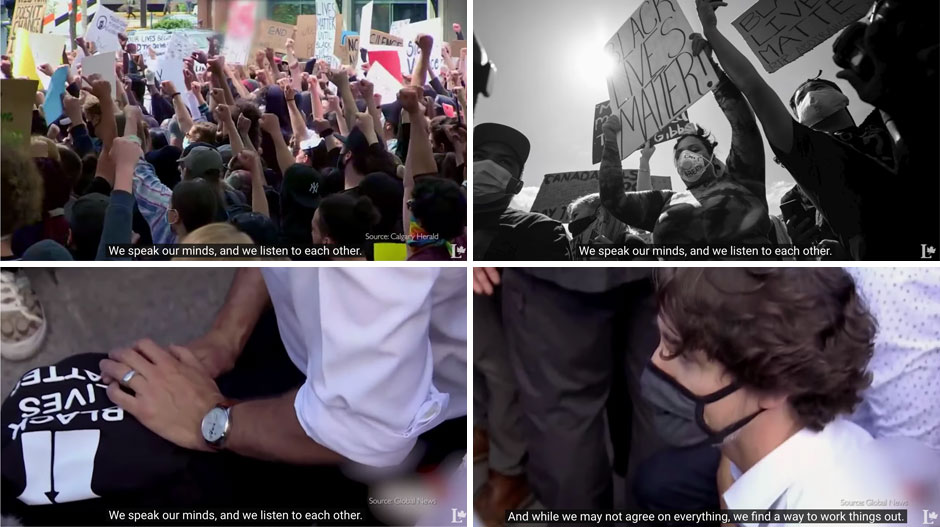 In a statement to PressProgress, Liberal spokesperson Matteo Rossi said the party “featured this footage in our ad because it captures the intensity of a movement in Canada and around the world as we reckon with systemic anti-Black racism.”

But a closer look at the election ad shows the Liberal Party removed a few details from the news footage of the Black Lives Matter rally in Calgary that was originally sourced from the Calgary Herald.

Namely, at least two signs in the crowd shot appear to have been selectively blurred out in Trudeau’s election ad.

One sign that was blurred out originally read: “Fuck racism #BLM.”

Rossi said the party blurred out that sign because “broadcasting rules do not permit expletives,” but it is less clear why another sign criticizing police was also manipulated by their video team.

The entire message of the second sign is not visible in the original news footage, but the part which is visible simply says “end police.” The Liberal election ad blurs out the word “police” while the word “end” remains.

Rossi suggested the “blur impacted the surrounding area of the footage,” although other objects in the image closer to the blur effect still remain visible.

Adora Nwofor, President of Black Lives Matter YYC and one of the people who was in the crowd at the rally depicted in Trudeau’s election ad, said she’s “not impressed” with the ad for a number of reasons.

“There are so many images and video that could have been used where Black people did not need to have their messages erased,” Nwofor told PressProgress, adding that blurring out their signs creates the impression they “cannot moderate ourselves.”

“There is no need to show a BLM protest and then also censor those folx,” Nwofor said. The Black Lives Matter organizer believes the Liberals “do not want to show solidarity with defunding or abolishing and that is why the ‘police’ was blurred.”

Nwofor said Trudeau’s sunny language dubbed over BLM imagery was also “pretty triggering,” particularly his line that “we have each other’s backs, we always have.”

“Treaties are not being followed and the (Truth and Reconciliation Commission) is a thing not being applied.”

“What has been worked out for Black folx? Business loans that are unattainable? What has changed around systemic racism in the past year? Committees full of white folx chit-chatting about racism with white fragility being the focus?”

Nwofor said “kneeling at a protest about police brutality” is about the only thing she feels the prime minister has done to show he has “our backs.”

The Liberal Party did not provide any specific examples of things Trudeau would be willing to support that address systemic racism in policing.

Earlier this summer, a parliamentary committee issued a report that concluded “systemic racism in policing in Canada is a real and pressing problem to be urgently addressed.”