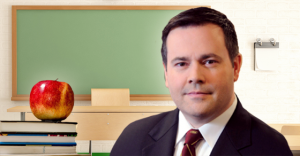 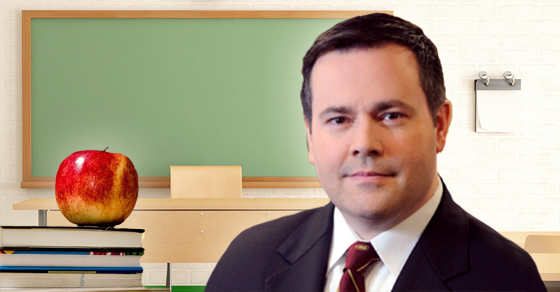 This article is more than 6 years old
Analysis

Have you ever closed your eyes and tried to picture what a generation of youths raised in the image of Jason Kenney would look like?

Have you ever closed your eyes and tried to picture what a generation of youths raised in the image of Jason Kenney would look like?

We just did – it looks really, really weird!

You’ve probably heard Conservative MP Jason Kenney is leaning towards jumping out of federal politics and launching an elaborate scheme to unite conservatives in Alberta.

Hmm. That’s interesting. Just stepped off a flight to be welcomed by 160 emails. Sorry for not getting back to you all right away.

But already, some are wondering about Kenney’s controversial “socially conservative positions.”

Prime Minister Justin Trudeau’s top adviser once described Kenney’s beliefs as “a mix of every right-wing crackpot theory on Earth.” Even people who say they’re good personal friends with Kenney admit he’s a “strong ideologue” too.

In fact, one Progressive Conservative MLA has already vowed to quit the party if Kenney becomes leader because he’s too far to the right.

If Jason Kenney replaces Stephen Harper, we’ll have the first major conservative leader conversant in the lingo of the alt-right. Strange.

So, as a thought experiment, let’s imagine what could hypothetically happen if someone like Jason Kenney somehow got control over the education system of a Canadian province.

1. Will first graders continue being “hard-wired” with anti-conservative beliefs?

What would be the first order of business for a hypothetical Premier Kenney?

As Kenney explained to Ezra Levant at last month’s 2016 Conservative convention, the reason millennials aren’t supporting Conservatives is because they’re “the first generation to come through a schooling system” (including both “primary and secondary schools”) that has “hard-wired” them with “collectivist ideas”:

2. Will Marxist professors still suppress “the Christian patrimony of Canada”?

And what would a hypothetical Premier Kenney do about the universities?

One thing might be to do something about those Marxist “academic theorists” who are apparently cooking up a secret plan to promote multiculturalism and “suppress completely the Christian patrimony of Canada,” as Kenney explained to an Italian Catholic conference a few years ago.

If Kenney’s talk about “the Frankfurt school of Marxists” sounds a lot like an alt-right conspiracy theory bouncing around the heads of Alex Jones or a Ku Klux Klan grand wizard, that’s because it is.

3. Will civics class be merged with religion class?

He’s practically half-way there already, telling a Chinese-Canadian business group during the 2015 election that the constitutional rights are passed down to Canadians from God.

According to Kenney’s interpretation of the constitution, the Charter rights of Canadians derive from “being created in the likeness and image of God … because if our rights are just given to us by a majority, or by the Parliament, or by the state, or by the judges, they can take those rights away.”

Years earlier, Kenney also insisted rights are “granted to us by our Creator” to argue “fundamental human rights such as the right to life are inalienable.”

4. Oh boy, history class is going to be absolutely nuts

“History is the single most important subject to study,” Kenney once remarked during a special “guest appearance” on an episode of a right-wing YouTube show covering “the culture wars” last year, featuring a wide-ranging conversation with right-wing author Ted Byfield.

Byfield (who also introduces the clip Kenney filmed for the show) discusses a “conspiracy” in the “education system” that aims to “eliminate” the “absolute truth” and promote “communal living,” rationalizes what happened during the Crusades and the Spanish Inquisition and questions if “homosexuality” and other forms of “illicit sex” are leading society down the wrong path?

Here’s a few noteworthy clips from that episode, titled “re-education, conspiracy, and revolution: how the left changed the way you think,” featuring a special cameo from Jason Kenney:

5. Will photos of middle-aged bureaucrats appear in your kid’s yearbook?

If Kenney’s past experience with citizenship ceremonies taught him anything, it’s how to use government bureaucrats to fill-in for staged photos: 6. Will tests continue to test facts?

How could schools mould a generation of youth into Kenney’s image if all their do is test students on how well they can recall facts?

Would it not be better to grade tests based on how well a student can convince their teachers that they sound like they know what they’re talking about, even if they don’t?

As countless headlines over the years have shown, we could all learn something about the art of persuasion from Jason Kenney: Hard to say, but here’s one heck of a Throwback Thursday for you: