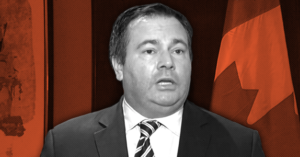 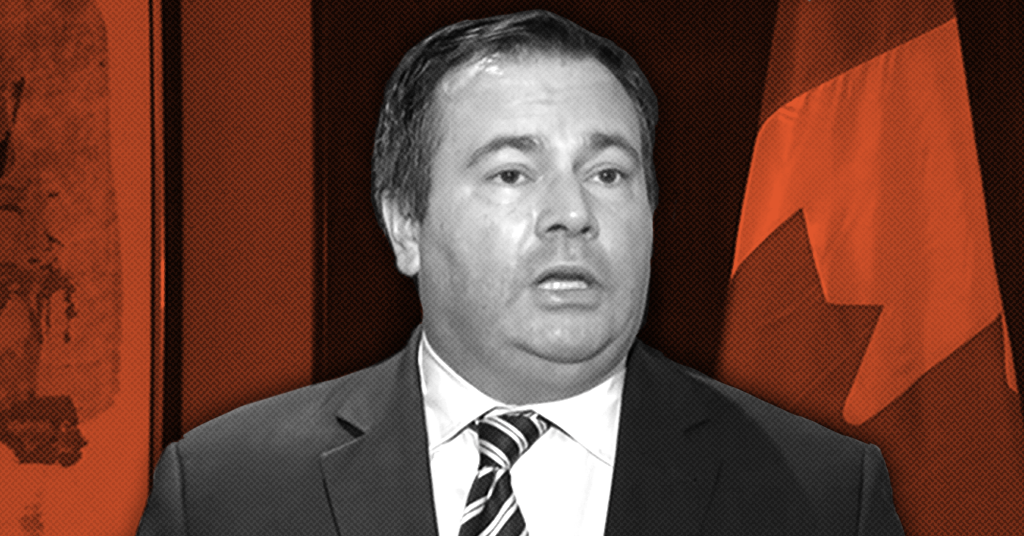 The leader of Alberta’s United Conservative Party is revealing new details on a backdoor strategy to erode the reproductive rights of women in Alberta.

In an “exclusive interview” with the Daily Caller, a far-right American website that promotes pro-Trump conspiracy theories and receives funding through the Koch brother’s donor network, Jason Kenney says if elected, he will allow free votes on “contentious social issues” like abortion.

Kenney’s remarks come on the heels of reports from the Calgary Herald that anti-abortion groups are recruiting anti-abortion candidates to run for Kenney’s UCP as well as organizing to push for the adoption of “good pro-life policies” at the UCP’s upcoming policy convention.

In the interview, Kenney tells the Daily Caller he wants to “undo the damage of the NDP and once again turn Alberta into – in many ways – the leader of the Canadian federation.”

But as Kenney elaborates, being a “leader” in many ways means pandering to his social conservative base – including anti-abortion activists and homophobic fringe groups that want to siphon public tax dollars into private religious schools – by rolling back the rights and freedoms of Albertans on “contentious social issues” like abortion and gender-neutral bathrooms:

Additionally, Kenney is not afraid to deal with what the Canadian left likes to refer to as “contentious social issues” like abortion and gender-neutral bathrooms. He says he believes in free votes and listening to the people.

“Freedom Of conscience is the first fundamental freedom created in the [Canadian] Charter of Rights; it is a universal human right and freedom of conscience must be respected in our legislatures as well … A party leader has no business dictating conscience votes,” he told TheDC.

Although Kenney has suggested he would follow the Harper government’s policy of not introducing anti abortion legislation, Kenney’s promise to allow free votes on abortion opens the door to backbench UCP MLAs tabling legislation that would obstruct access to abortion and erode women’s reproductive rights in the province of Alberta.

While serving as a cabinet minister in the Harper government, Kenney supported private members bills from backbench Conservative MPs described as backdoor attempts to “reopen the abortion debate in Canada.” Then, like now, Kenney attempted to tiptoe around his support for anti-abortion legislation by reframing women’s reproductive rights as a question of conscience.

In 2012, when a backbench Conservative MP introduced a private member’s bill to create a special committee to determine when life begins, Kenney stated “my position is that we must have free votes on questions of conscience.”

Kenney voted in favour of the attempt to reopen the abortion debate, although it was ultimately defeated by the house – even Stephen Harper voted against it.

One anti-abortion group backing Kenney explicitly states its strategy is to stack local nomination meetings to elect anti-abortion candidates who can “introduce a private member’s bill” targeting abortion. Even though the leader pledges that “the government will not introduce legislation on abortion,” they also promise not to “whip” the vote, allowing legislation targeting abortion to pass.

Then again, none of this should come as any surprise.

Back in the 1980s, Kenney openly described himself as an “anti-abortion activist” during an appearance on CNN protesting his Catholic university’s decision to allow a campus group of women’s law students to collect signatures for a petition supporting women’s abortion rights.

The women law students recalled a group of men led by Kenney confronting them them at a student fair and “intimidating” them into leaving.

In the student newspaper, Kenney argued against free speech on campus for women’s rights groups, going so far as to suggested the school would have to give pedophiles or the “Church of Satan” a platform for their ideas too.