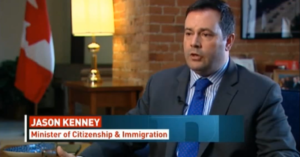 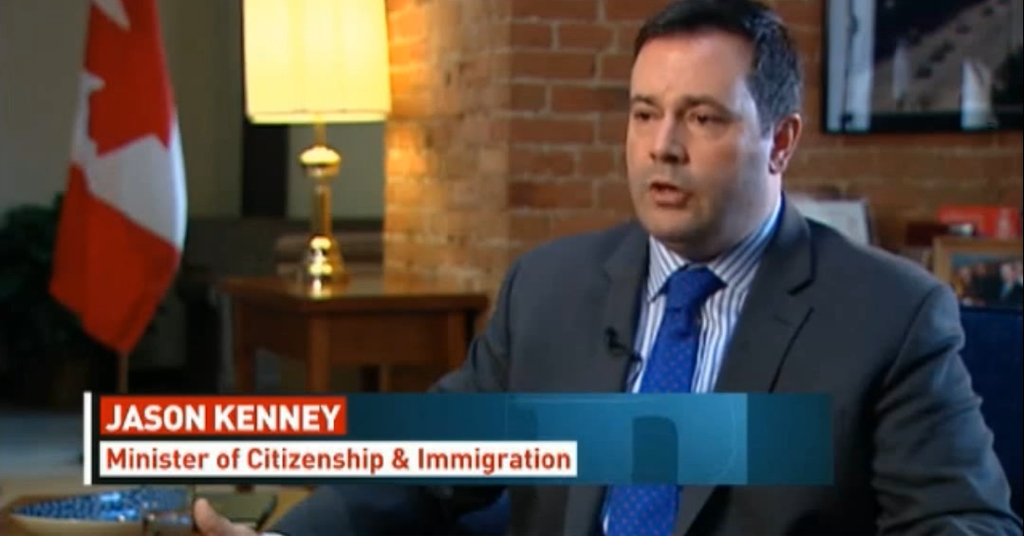 In 2012, Jason Kenney defended his policy of locking up child refugees, some as young as toddlers, in heavy security detention facilities across Canada.

At the time, the Harper-era citizenship and immigration minister tried to downplay concerns child refugees were being held in “jails,” telling CBC News conditions at the detention facilities were comparable to a “three-star hotel” – a “three-star hotel” apparently run by armed guards and surrounded by a barbed wire fence.

The world has been shocked and outraged by US President Donald Trump’s sadistic policy separating child refugees from their parents at the US-Mexico border, even going so far as to establish special “tender age” prisons for babies and toddlers, but under Kenney’s watch, Canada locked up young children and separated families too.

It still continues to this day – CBC News reports the Canada Border Services Agency detained 151 minors last year, including 11 unaccompanied by an adult.

Speaking with CBC’s The National, the current leader of Alberta’s UCP defended his policy by disputing the notion innocent children were being held in “jails”:

“They are not jails, and in the case of the Toronto one, for example, the main one, it’s a former three-star hotel with a fence around it.”

Kenney had previously told the House of Commons that “living conditions at detention centres are like those at a two-star hotel with a bit of security.”

But as The National pointed out, the Toronto facility looks a little different than Kenney implied:

“The Toronto facility is surrounded by razor wire, ringing even the playground. There are bars on the windows, guards in the hallways and surveillance cameras throughout.”

Or compare Kenney’s rosy portrait of his three-star hotels with the testimony of a teenage girl who spent just one week at the same detention facility:

“It’s not just that week. It stays with you all your life. It is horrible. I don’t think anyone deserves to be in a holding centre. It is jail … I am still very scared when I see a police officer. I hear someone knocking really hard and I think of what happened. I have flashbacks.”

According to a recent McGill University study looking at the impact of detaining child refugees in Canada between 2011 and 2012 while Kenney was citizenship and immigration minister, researchers recorded extensive evidence showing the experience is deeply traumatizing for children.

“Children reacted to detention with extreme distress, fear, and a deterioration of functioning,” the report concluded.

“Most families reported ongoing emotional distress, such as separation anxiety, selective mutism, sleep difficulties, and post-traumatic symptoms in their children after detention.”

In October 2012, the United Nations Committee on the Rights of the Child issued a scathing report expressing deep concern about Canada’s “frequent detention of asylum-seeking children” and underlined that existing policies did “not take into account the best interests of the child.”