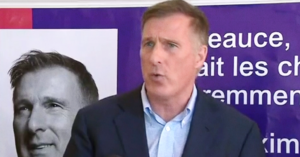 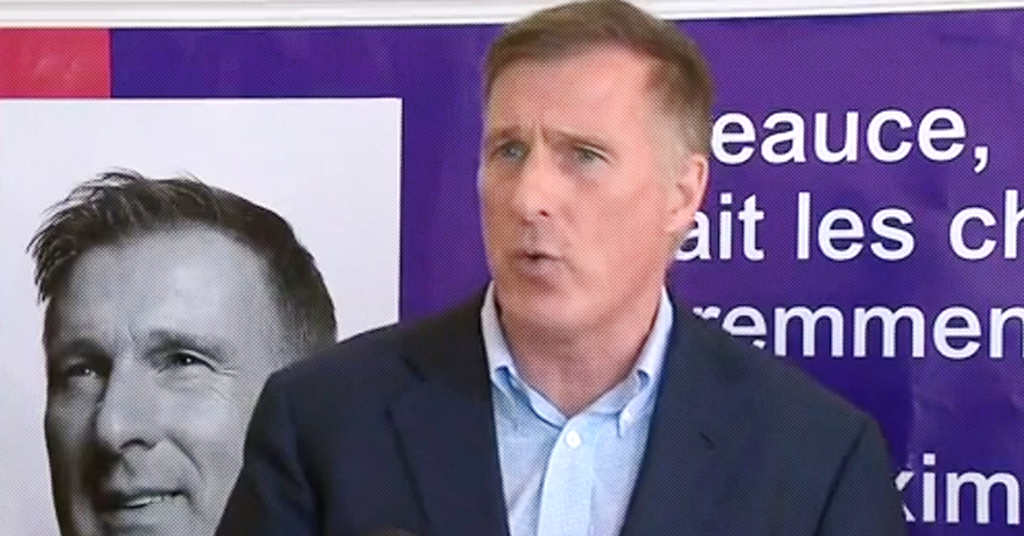 In the Final Hours Before Election Day, Maxime Bernier Launches Attacks on his Rhinoceros Party Challenger

The Rhinoceros Party says People’s Party leader Maxime Bernier is spreading a “conspiracy” about one of their star candidates, whose name is also Maxime Bernier, on the eve of Canada’s 2019 federal election.

On Saturday, the Globe and Mail reported former Liberal operative Warren Kinsella had been hired to “destroy” Bernier’s far-right party. Conservative leader Andrew Scheer later refused to confirm or deny his party was the secret client that hired Kinsella’s firm.

At a press conference the same day, Bernier called the “secret campaign” an “attack on the integrity of our democratic process,” adding that People’s Party officials filed a formal complaint with Canada’s Election Commissioner.

Bernier also suggested, without offering any evidence, that the Rhinoceros Party candidate in his local riding may have been planted by Kinsella:

“I also want to know who orchestrated finding a Rhinoceros Party candidate to run in Beauce with the same name as mine to create confusion? Is this part of Warren Kinsella’s campaign?”

The People’s Party leader repeated the attack a second time on Twitter.

In a tweet Saturday afternoon, Bernier suggested the Rhino Party challenger was “orchestrated” by “Scheer’s attack dog” to “steal votes”:

Is it Scheer’s attack dog, Warren Kinsella, who orchestrated finding a Rhinoceros party candidate named Maxime Bernier in Beauce to sow confusion and steal votes from me? https://t.co/aU50LGL9xi

Maxime Bernier, the Rhinoceros Party candidate in Bernier’s home riding, says the far-right People’s Party leader’s claim that he is a Conservative puppet is “absurd.”

“I never heard that name before today,” Bernier told PressProgress when asked if he ever talked to Kinsella. “Nobody from the Conservative Party ever called me.”

“I never received a dollar from those people,” he said.

Bernier suggested his namesake doesn’t “accept he’s going to lose” and the reason he “says those kinds of things” is because he hasn’t yet “faced the facts.”

“I find it sad from a grown man to act like a little kid at school,” the Rhino candidate said about the People’s Party leader’s personal attack on his doppelgänger.

The leader of the satirical party explained that he ran a second candidate with the same name as Maxime Bernier simply as a “media stunt.”

Corriveau, whose party aims to mock “the place of money in the political parties” and “Canada’s democracy,” said he wrote a “beautiful and intelligent” press release before the election, but it was ignored by mainstream media outlets.

He said he began messaging dozens of people named Maxime Bernier on Facebook until he found one willing to run for office. When the party issued another press release announcing it was running a second Maxime Bernier in Maxime Bernier’s riding, Corriveau noted it was an even bigger news story than an announcement by Justin Trudeau the same day.

The party has pulled the same stunt in the past — in 1988, the Rhino Party ran a second John Turner in Vancouver Quadra.

Corriveau told PressProgress he also attempted to recruit a high-profile candidate to run in the Montréal riding of Papineau, but discussions fell apart at the last minute.

The Rhinoceros Party leader categorically denies he is a Conservative Party asset or funded by Kinsella to “sow confusion” in Bernier’s riding.

Corriveau is not sure how anyone could be confused since “the name of the party is written on the ballot.”

He said he hopes the people of Beauce vote for “the good Maxime Bernier” on Monday, October 21.

People’s Party of Canada Executive Director Johanne Mennie did not respond to a request from PressProgress to share any evidence the party has that substantiates Maxime Bernier’s innuendos about his Rhinoceros Party challenger.