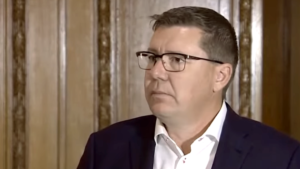 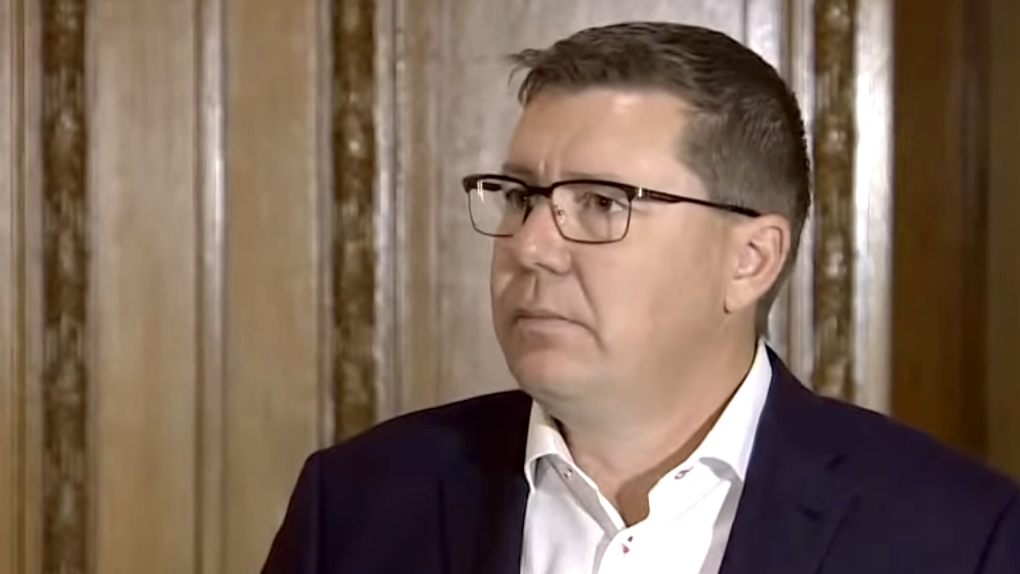 Saskatchewan Premier Scott Moe now admits he “potentially should have” acted sooner to prevent the province’s deadly fourth wave and suggests he could have prevented hundreds of deaths if he had only taken action a week earlier.

In fact, doctors and other health experts had been voicing their concerns for months.

Moe’s version of history conveniently forgets that healthcare professionals across the province — including his own chief medical health officer — had repeatedly made recommendations that could have saved many lives.

143 people have died in Saskatchewan in October alone.

June 15, 2021: Scott Moe ignored public health modeling that predicted a severe fourth wave in the fall with no public health restrictions. The modelling would not be released to the public until October.

July 11: Saskatchewan becomes the first province in the country to completely lift all COVID-19 restrictions despite having the lowest vaccination rates in the country.

The Saskatchewan government then stopped COVID-19 briefings for 48 days.

August 26: Saskatchewan Medical Health Officers send a letter to Health Minister Paul Merriman calling for indoor masking, increased testing and contact tracing. “Our [vaccination] rates are not yet high enough to just ‘live with COVID’,” the letter warns, saying the province will experience preventable illness and death if Moe and Merriman refuse to act.

A reminder that same group of @SK public health leads sent a similar document to our elected officials Aug 26. In it, the requests are similar.

It is attached herein for reference. If elected officials had followed advice in August, we wouldn’t be here right now.#COVID19SK pic.twitter.com/ILx5qGWzi4

August 30: Moe dodges journalists’ questions about the MHO letter, dismisses the idea of introducing another indoor mask or vaccine mandate, and instead emphasizes individual responsibility to get vaccinated.

September 1: Over 200 people protest masks and vaccines outside Saskatoon hospitals.

Moe invokes emergency powers to reassign thousands of health care workers to new roles on the pandemic’s front line, interfering with bargaining between unions and the SHA. Introduces mandatory vaccination for all SHA workers.

Elective surgeries will be cancelled to handle rising case numbers.

September 17: Moe reintroduces indoor mask mandate, making Saskatchewan the last province to do so in the fourth wave. There are no indoor gathering limits.

September 21: Moe asks health care workers to “really provide some guidance to the Saskatchewan people” and counter misinformation about COVID-19 and vaccines. One health care worker called Moe’s comments a “slap in the face” and called Moe out for ignoring the advice of health care professionals in his pandemic response.

Meanwhile, the PPC tripled its support in rural Saskatchewan in the federal election, thanks to high profile Saskatoon candidate Mark Friesen, who built up a base over the previous year through organizing large anti-mask rallies.

The PPC’s “legendary election bash” in Saskatoon turned out 400 people, many of whom did not wear masks indoors. Moe called the maskless event “unfortunate.”

Both Merriman and Moe said they are exploring private sector contracts for nursing and testing.

September 29: The Canadian Medical Association calls for a lockdown in Saskatchewan to save its “crumbling” health system.

September 30: Saskatchewan Party MLA Nadine Wilson resigns from caucus after misrepresenting her vaccination status, and will sit as an Independent.

October 1: Provincial vaccine mandate implemented, results in vaccination rates doubling. However, proof of a negative COVID test can be used in lieu of a vaccine.

October 7: Saskatchewan’s COVID death rate is reported to be 4.5 times higher than the rest of the country. September is Saskatchewan’s third deadliest month of the pandemic with 88 deaths. October appears to become worse with 38 deaths in the first week.

October 13: Epidemiologist says Saskatchewan’s high death rate can be traced to Moe’s ‘overnight’ removal of all health restrictions in July. SHA signals it has surpassed ICU capacity and may have to transfer patients to Ontario.

Saskatchewan and COVID-19: How did its fourth wave death rate become the highest in Canada? Explored here: https://t.co/PlfqU7tk9Y

Moe’s approval rating plummets by 18 points to 43% in new poll.

October 14: Saskatchewan’s vaccine rate is still among the lowest in the country, only second behind Alberta. Vaccine uptake remains ‘abysmal’ in rural areas.

“Their messaging in July and August, it was the most careless messaging you could do,” Neil Saskamoose said. “It was to say, ‘Everyone go back to where you were’.”

COVID-19: Why is Saskatchewan’s vaccination rate so low? https://t.co/B0BKBQWmng

October 18: Moe admits he could have introduced indoor masking and vaccine mandates 7-10 days earlier than he did.

Anti-vax organizer and former federal PPC candidate Mark Friesen contracted COVID and was among the six patients transferred to Ontario, according to supporters.

October 20: Langenegger explains in a Regina Leader-Post podcast that Moe had turned down half a dozen requests for a one-on-one CBC interview prior to finally agreeing. Leader-Post politics columnist Murray Mandryk adds: “All media outlets have had a similar struggle in terms of getting direct answers from either the premier or Health Minister Paul Merriman.”

Saskatchewan’s Chief Medical Health Officer, Dr. Shahab, became emotional during a COVID 19 press conference, pleading with the public to reduce close contacts to flatten skyrocketing rates of hospitalizations and deaths, despite no official mandate from the government to do so. Neither Moe nor Merriman were present at the press conference.

Ontario ICU doctor tweets that Saskatchewan cancelled any further patient transfers to Ontario beyond the initial six and calls the decision “confusing.”

I hold @PremierScottMoe personally responsible for the death that is going to happen in the next few days.The premier has decided to cancel all transfers out of province after today.This is going to lead to an immense amount of tragedy.This premier has lost my trust.
Unbelievable

October 21: The Saskatchewan government issued a press release saying both ICU doctors’ statements should be “disregarded” and that patient transfers to Ontario will continue.

The Medical Health Officers of Saskatchewan send a second letter to Merriman calling for indoor gathering limits and other public health restrictions and criticize the government for ignoring their first letter sent in August. Shahab confirms he made similar recommendations to Moe and Merriman that were ignored.

The Saskatchewan Health Authority emails all healthcare workers the SHA social media policy, reminding them not to speak openly about “information that is not already made public.”

October 23: Saskatchewan Medical Association calls for temporary limits on indoor gatherings on Global National. SMA says hospitals may have to begin stage 2 of triage, determining who does and does not get care when beds are full.

The Saskatchewan Federation of Labour renews its call for the resignation of Health Minister Paul Merriman.

October 25, 2021: Moe says in his State of the Province address to the Saskatchewan Chamber of Commerce, that, because 78% of eligible residents have been fully vaccinated, “it doesn’t make sense to restrict everyone’s activities and ultimately their personal freedoms.”

“I am feeling such a mix of frustration, anger, sadness, fear, and despair …

“Even though it seems like most everything we have advocated so far – as individuals, as groups of physicians, collectively as the SMA – appears to have fallen on deaf ears, we must not stop.”

I wish our Premier could engage the medical community with the same enthusiasm and genuineness with which he engages the business community.

There is no sustainable wealth & prosperity for ALL Saskatchewan citizens, without the health of those same people.#COVID19SK

Masri says vaccinated people are being punished by Moe’s lack of action as non-COVID related surgeries continue to be cancelled to make space in ICUs for largely unvaccinated COVID patients.

“The last few weeks in the ICU have been historic in a way that we did not want it to be,” Masri said. “My colleagues are tired and frustrated and disappointed and mad at this government, and I share that view.”

EVERY #SK HCW & public health expert, EVERY physician in Canada, is BEGGING for BASIC measures like private gathering restrictions to stem our Delta storm.

October 27: Moe says he is unsure when cancelled surgeries and health care services will resume.

October 28: October is on track to be the deadliest month of the pandemic with 143 deaths so far. January 2020 currently holds the record for deaths in the province with 151.

Nine more Saskatchewan patients will be transferred to Ontario by the end of the week for a total of 28.

Moe doubles down on refusing indoor gathering limits in the first legislative session.