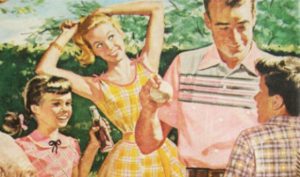 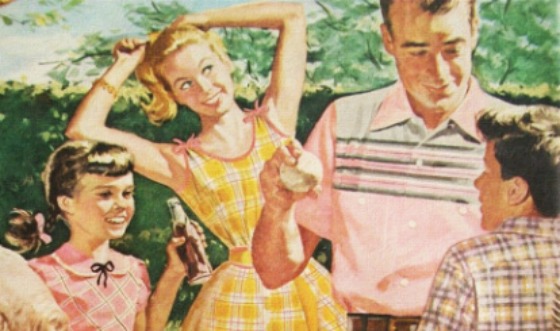 How should Albertan conservatives get themselves out of the political wilderness? Go after public education, says former top Harper staffer.

How should Albertan conservatives get themselves out of the political wilderness?

Writing in the conservative C2C Journal, a publication of the Manning Foundation for Democratic Education, Ian Brodie has some very strange things to say about public schools.

To save you the trouble of reading the whole thing, here are a few annotated highlights.

Brodie begins by noting how divided Albertan conservatives seems to be on the issues:

Balanced budgets? Low taxes? Interprovincial free trade? Toll roads? Climate policy? Conservatives differ on the importance of these propositions. But that’s not an insurmountable roadblock to right-wing unity, because economic policies are not the essence of conservatism.

So, if low taxes and climate policies (or lack thereof?) aren’t “the essence of conservatism,” what is?

Surely, the first principle – the litmus test if you will – for a conservative party at the provincial level is a commitment to parental choice in education. A conservative knows that the primary responsibility for the education of children must lie with parents. The first task of a provincial government, then, is to support that parental role. It should provide parents with freedom – in other words, choices – in the education of their children.

Ah “choice” — that favourite conservative theme, as Brodie builds a case to unite the right in Alberta.

But the devil is in the details. As an alternative to public education, Brodie wants conservatives to fight for more charter schools (publicly funded schools run for profit by education companies), private schools, and religious schools.

More on charter schools in a second. But first, things go off the rails with a swipe at the Notley government’s support for gay-straight alliances.

Brodie notes that the provincial government’s recent rejection of permits for two charter schools, then pivots, in the same paragraph, complaining it “is running roughshod over parental opposition to gay-straight alliances and bathroom accommodations for gender-dysphoric adolescents.”

And here’s how the argument comes together:

The most powerful threat to the primacy of the family is the public school. Of course public schools provide ‘free’ education, which offers the hope of personal improvement, future opportunity and good citizenship. What parent wants to raise an uneducated child? But public schools are part of the state, and are therefore prone to the congenital pathologies of bureaucracies…. The state can subvert public schooling to serve its own propaganda aims. And, at the worst end of the spectrum, the system can hold students hostage to endless forms of social experimentation. On these last two fronts, consider… the progressive effort to build a ‘gender-neutral society’ in the public schools.

Where to even begin? Are public schools really a secret vehicle for state propaganda, such as the need to build “a gender-neutral society”?

Just like Ontario conservatives reacting to the government’s new sex-ed curriculum, some on the right in Alberta have taken exception to a bill (passed by the previous PC government) allowing Gay-Straight Alliances (GSAs) in public schools. They also objected to the NDP’s Bill 7, which added gender identity and gender expression as areas expressly prohibited from discrimination.

In Ontario, GSAs have proven to be an effective way of fighting bullying against LGBTQ youth. “Social experimentation” or a common sense approach to school safety?

In true conservative fashion, Brodie then ties it all together with a market solution:

A new Alberta conservative party, competing with the command-and-control NDP on education policy, would promise to start approving charter schools again. It would vow to free charter schools, private schools and even public schools from the undue influence of central bureaucracies and social experimenters.

The charter school movement has been growing in the United States for sometime. So much so that the State of Michigan sunk $1 billion into them in an effort to combat poor test results and other problems.

The result? According to a detailed and year-long investigation by the Detroit Free Press, their laxer regulations didn’t improve the learning experience and taxpayer money was spent with little accountability because, as private corporations, the schools weren’t subject to disclosure laws.

Brodie worries that the public school system “can divert resources to serve the interests of its workers and managers.” But that’s exactly what could be said for Michigan’s experiment with charter schools. The Detroit Free Press investigation cited “wasteful spending and double-dipping; board members, school founders and employees steering lucrative deals to themselves or insiders.”

As with health care and other basic needs, the introduction of private models into education changes the bottom line from the quality of a child’s learning to winning shareholders a return on their investment. So much for that idea!

In other words, this supposed “threat” to the family involves students enjoying safety regardless of their gender or sexual identity and public schools operating on the basis of need not profit.