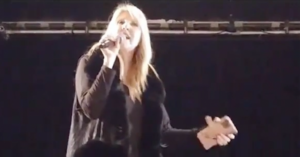 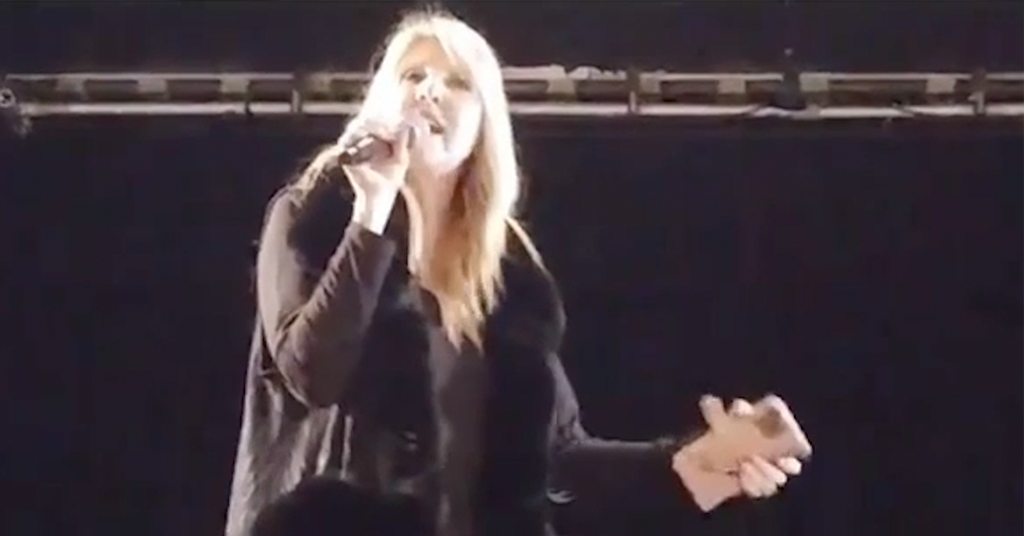 Rhetoric at BC ‘freedom’ rallies are growing increasingly extreme

by Rumneek Johal, BC Reporter

A far-right influencer and former star candidate for the People’s Party of Canada warned an evangelical “freedom” rally in Vancouver last week that anti-vaxxers are being subjected to the same conditions that led to the “Rwandan genocide.”

The “Let Freedom Reign” tour had its Vancouver stop at the Croatian Cultural Centre in Vancouver last Wednesday, bringing together a crowd of notable far-right figures, hosted by Laura-Lynn Tyler Thompson.

“What we’re about to see is the greatest outpouring of God’s power and strength on this planet,” Thompson told the rally. “You all know that it only takes one flick of god’s baby finger to remove our prime minister and to place a man of integrity into power.”

Thompson then began to compare the treatment of unvaccinated people to the Rwandan Genocide.

“Do you know how the Rwandan genocide happened?” Thompson asked. “The Hutus and the Tutsis lived side by side, until one radio broadcaster started propagating hatred toward the Tutsis.”

“When the Rwandan Genoicde took place, I want you to know something: I paid attention,” Thompson said. “When this radio broadcaster began propagating hate constantly against the Tutsis, they called them cockroaches, they dehumanized them, and you know what, no one really stood up against that because they thought that’s just the riff raff, that’s just the mainstream media.”

“Nobody spoke up when evil was persisting. We are on the right side of history and we must speak.”

Thompson, who shared that she was born in Uganda, described herself to the rally as an “African-Canadian.”

“I am Black on the inside, I’ll have you know. I can’t dance, I can’t sing, but I’m a little bit loud,” Thompson said.

“The Hutu extremists set up a radio station, RTLM, and newspapers which circulated hate propaganda, urging people to “weed out the cockroaches” meaning kill the Tutsis. The names of prominent people to be killed were read out on radio.”

Thompson later gave event attendees a call to action, telling them to go find people and give them an “elevator pitch” about the dangers of vaccines.

“Go to the tallest building in Vancouver, press the top floor so you have more time with them,” Thompson advised them.

According to Kurt Phillips, a board member with the Canadian Anti-Hate Network, Thompson has been a key figure at similar rallies and events for years.

“This is something that kind of predates the pandemic,” Phillips told PressProgress.

“She is somebody who has been involved in kind of the anti-LGBTQ+ world for years. A few years ago at an anti-SOGI rally, she had members of the Soldiers of Odin that were providing security.”

Prior to the event, the Croatian Cultural Centre said they received numerous emails from concerned members of the local community about their venue platforming individuals associated with hate.

Video from the event shows that it started with music, prayerful song and preaching prior to Thompson beginning her address.

“I had to get security, that was a great feeling. I had to pay for security here today. It’s wonderful, and these walls are holding back all the sounds that are going on out there. Let the heathen rage,” Thompson said.

Michael Jenkins, Managing Director of the Croatian Centre in Vancouver said that they were contacted by another faith group in Vancouver who was unable to accommodate the event, which he said he was told was a prayer event.

“At the time of the booking we took it at face value that this was going to be the way it was described to us, that it was a prayer event,” Jenkins told PressProgress.

Once they were made aware of the reality of the event, Jenkins said they decided to let it go as “quietly as possible.”

“The best course of action that we came up with was to continue to let the event happen, and let it go as quietly as possible,” said Jenkins.

“And of course, we don’t align our center with anybody’s views, with any party here, let alone somebody who could be described as targeting or extremist as some of these people have been.”

According to Phillips, figures like Thompson and Pawlowski have gained a more prominent public status through the pandemic by gaining notoriety online.

He added that Pawlowski has a long history of connections with right-wing extremism, participating in a number of anti-LGBTQ and anti-immigrant rallies and events.

“Back in 2018, he was at an anti immigration rally organized or sponsored by a group called the Worldwide Coalition Against Islam,” Phillips said.

“He gave a speech while people [were] holding up signs referring to refugees as sewage, and members of the 3% militia were providing security armed with stun guns.”

Phillips noted far-right figures like these often move from movement to movement.

Despite the fact that these disparate groups continue to mobilize for separate but related rallies and causes, Phillips says that there are dangers to assuming they simply exist and operate in echo chambers.

“We can’t pretend this doesn’t exist. As we ignore it, these groups continue to attract people, attract followers,” said Phillips.

“There will never be a huge number of them, but they are enough to cause real problems.

And we saw that in Ottawa, because of the echo chamber, they were convinced that they had the support of everybody in Canada. If we don’t push back, they’re going to continue to push forward.”

During another rally in Vancouver this past weekend, an anti-Trudeau march was led by a person wearing Black-face with the crowd chanting “Hang Trudeau.”

1/ Today was the much-anticipated Trudeau Must Go rally at Vancouver Art Gallery. Our Freedumb Fighter regulars made an appearance and participated in a march. The march was led by an individual in blackface chanting “Hang Trudeau.” The crowd joined in enthusiastically. pic.twitter.com/CMIP902P7q

“Despite their often claims about desiring freedom and freedom of speech and freedom of expression, what they mean by that is they want to have the freedom to be as offensive and as loud and objectionable as possible and with no repercussions, nobody pushing back,” Phillips said.

“They want to have the right to be able to attack other people without being subjected to scrutiny.”