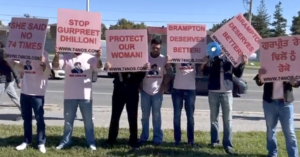 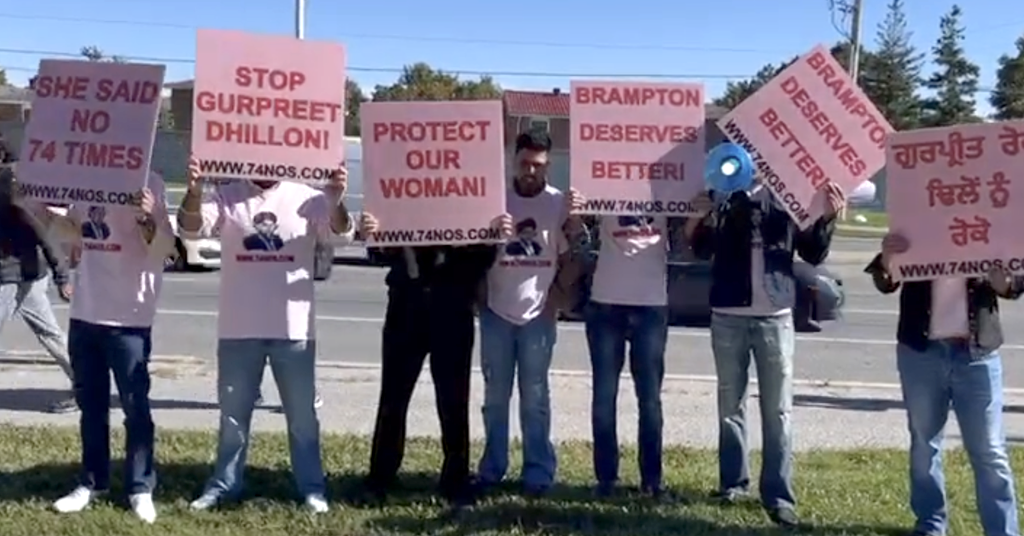 Days before voting day, the former Integrity Commissioner for the City of Brampton has issued a public statement disputing claims made by a local city councillor who is facing allegations of sexual assault and harassment.

Brampton’s former Integrity Commissioner Muneeza Sheikh issued a statement Tuesday regarding Gupreet Singh Dhillon, current Brampton Regional Councillor for Wards 9/10 who was accused of sexually assaulting a woman while on a trade mission in Turkey in 2019.

Sheikh said Dhillon has been making misleading statements about her report.

Dhillon has not been criminally charged and the allegations have not been tested in court.

The incident did, however, result in Dhillon receiving a 90-day suspension from city council in 2020 after Sheikh investigated the allegations and published a 268-page report. In the report, Sheikh stated her investigation had uncovered evidence corroborating the woman’s allegations, including several witnesses, text messages and phone calls, as well as an audio recording of the incident.

In 2020, council passed a resolution asking Dhillon to resign, but he refused, vehemently denying all allegations and questioning the investigative process.

Sheikh had added in her report that at the time, Dhillon refused to participate in an investigative interview into the matter and his counsel questioned her jurisdiction to investigate the matter. Dhillon later tried to contest the report in court.

However, in June 2021, an Ontario court dismissed Dhillon’s legal challenge of the ruling, and he was ordered to pay $20,000 to the city and to the integrity commissioner.

A video circulating on WhatsApp produced by Dhillon’s campaign describes the allegations and protests as a “smear campaign”:

In her statement, Sheikh, who was fired from her position earlier this year and is currently suing the City and Councillor Dhillon regarding her removal, said that several claims made by Dhillon in his video are factually incorrect.

Sheikh’s claims about her wrongful dismissal have not yet been proven in court.

“This was not a criminal investigation, however, my report concluded that Councillor Dhillon’s actions violated several rules in the City’s Code of Conduct for Members of Council, including harassment, discreditable conduct, failure to adhere to Council’s policies and procedures, and obstruction of my investigation.”

She added that while Dhillon attempted to challenge and overturn her decision, three judges of the Superior Court upheld it.

As Dhillon seeks re-election, a registered third party in Ontario called “74 Nos” has been protesting against Dhillon’s campaign. The protest group has held in-person rallies and maintained a social media presence, in some cases causing clashes with his supporters who have crashed some of their demonstrations.

The registered third party named themselves “74 Nos” because the woman who was allegedly assaulted by Dhillon said “no” 74 times in two minutes in the audio recording she made and later submitted to the integrity commissioner.

“Some of the community know of Councillor Dhillon’s actions but since some time has passed, not everyone is aware. “Wards 9 and 10 in Brampton have a large immigrant community that may not have access to facts presented in the newspaper,” said a spokesperson for 74 Nos in a statement to PressProgress.

“We are spreading awareness as this is an election issue and shouldn’t be swept under the rug. We want every member of our community to make an informed choice on election day. We deserve to have better representation in office.

The full transcript of the recording is available in the Integrity Commissioners Report.

The woman later filed a civil lawsuit against the city and against Dhillon in 2020, but the matter was settled out of court and according to the Brampton Guardian, an NDA was also allegedly signed.

Council had tabled a motion to publicly release the settlement documents and “force Dhillon to repay the $60,000.” The motion did not pass.

Dhillon also responded calling Brown’s allegations “politically motivated,” and said that he would be launching a legal action against him.