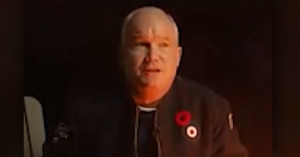 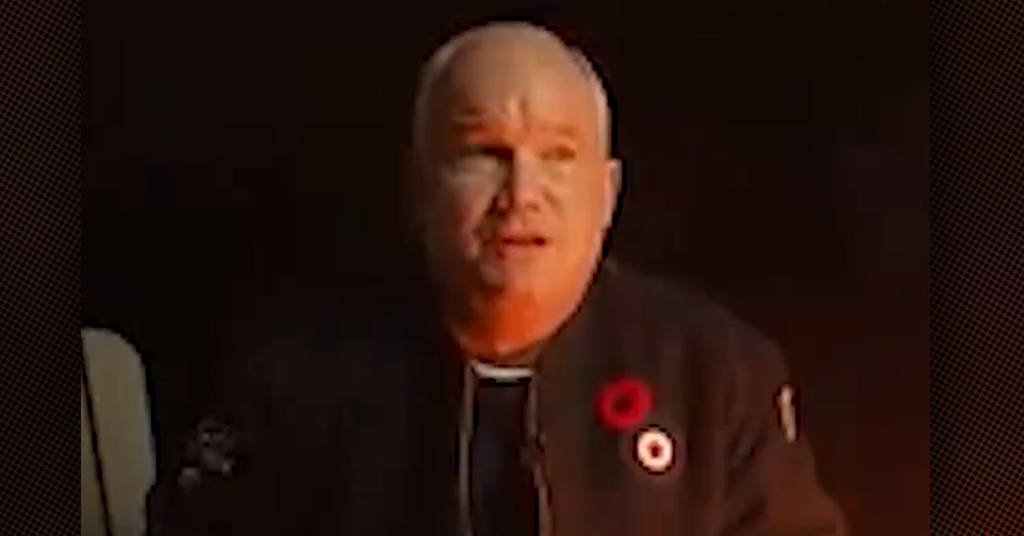 Conservative leader Erin O’Toole recently told a group of young conservatives that two of the key architects of Canada’s residential school program had only meant to “provide education” to Indigenous students.

The Conservative leader was addressing members of Ryerson University’s Campus Conservative club during a Zoom call. The video was later posted to the Ryerson Conservative Facebook page, packaged alongside a caption that reads: “Erin O’Toole destroys argument against Egerton Ryerson.” 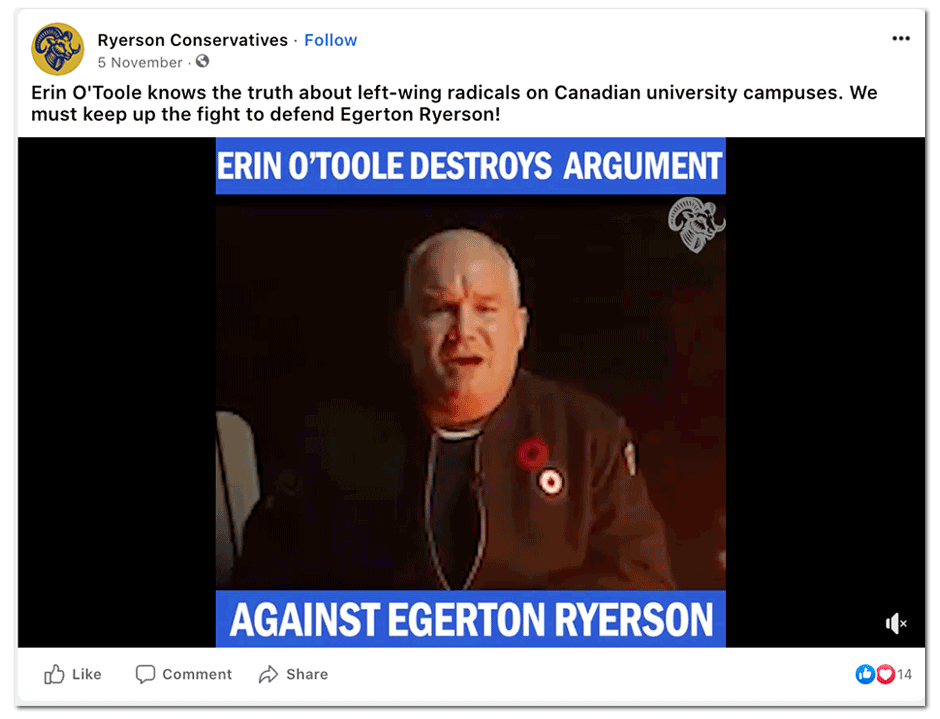 In the video, O’Toole discusses the controversy over the legacy of Egerton Ryerson, the school’s namesake and one of the architects of the residential school system, and also shares some tips on how Conservatives can win a debate against Liberals about residential schools.

“Most of the lefty radicals are also the dumbest people at your university,” O’Toole told the campus conservatives.

“Here’s a nugget you can say that, when I say it in parliament, it silences the Liberals like you wouldn’t believe: ‘You know who opened more residential schools than Egerton Ryerson? Pierre Elliott Trudeau’.”

Students groups have recently called for the removal of Egerton Ryerson’s statue from the university campus. “Where is the woke left calling for the renaming of the Trudeau airport?” O’Toole asked.

O’Toole accused Ryerson’s critics of “misrepresenting the past” for failing to criticize Trudeau’s involvement in residential schools as harshly as they criticize Ryerson’s. He went so far as to suggest Ryerson and other architects of the program only “meant to try and provide education” to Indigenous students:

“When Egerton Ryerson was called in by Hector Langevin and people it was meant to try and provide education. It became a horrible program that really harmed people and we have to learn from that and I wear orange. But we’re not helping anyone by misrepresenting the past.”

O’Toole also told the campus conservative group that pointing out Conservatives have a better record on residential schools than Liberals is something that “shocks the hell out of the woke crowd.”

“Conservatives, when it comes to residential schools in the modern era, have a better record than the Liberals,” O’Toole said.

“Who closed that program? Mulroney. Who apologized for it? Harper.”

O’Toole also claimed the Truth and Reconciliation Commission’s final report was “asked for by Stephen Harper.” In fact, it was mandated as part of a settlement agreement from one of the largest class-action lawsuits in Canadian history.

The Conservative Party of Canada did not respond to a request from PressProgress to clarify or elaborate on O’Toole’s remarks.

In September, O’Toole made similar comments downplaying John A. Macdonald’s role in the residential school program and suggesting Montreal’s Trudeau Airport ought to be renamed due to the former’s involvement in residential schools.

Senator Murray Sinclair, Chair of the Truth and Reconciliation Commission, later told the National Observer that Trudeau and Macdonald’s involvement in the residential schools program were “not even anywhere in the same league.”

“Why (O’Toole) included Trudeau with Macdonald, suggesting there was some kind of criminal activity there, is way beyond me,” Sinclair said.

Ryerson was commissioned by the Ministry of Indian Affairs in 1847 to suggest practices for operating separate “industrial schools,”  previously called “manual labour schools,” to train Indigenous children to become farm labourers. The schools did not simply teach basic skills, but also heavily focused on “morals and religion.”

The TRC observed that the educational framework Ryerson laid out would later “plague the Canadian residential system throughout its history.”

In 1883, Langevin defended the government’s policy of separating Indigenous children from their families, telling the House of Commons that the purpose of the program was to assimilate “savage” Indigenous children into the supposedly “civilized” culture of European colonists:

“The fact is, that if you wish to educate those children you must separate them from their parents during the time they are being educated. If you leave them in the family they may know how to read and write, but they still remain savages, whereas by separating them in the way proposed, they acquire the habits and tastes — it is to be hoped only the good tastes — of civilized people.”

Update 1: In a statement to Global News following publication of this story, the Conservative leader’s office called O’Toole a “champion for reconciliation” and said that he “takes the horrific history of residential schools very seriously.”

The spokesperson added O’Toole has “been clear in highlighting the damage cancel culture can have. Defending free speech, especially on campus, is important, just as remembering our past is an important part of aspiring for better in the future.”

Update 2: Following his previous statement and the hashtag #resignotoole trending on Twitter, O’Toole offered an additional statement that continued to walk back his problematic statements about the original intent behind the residential schools.