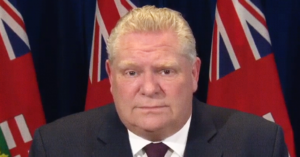 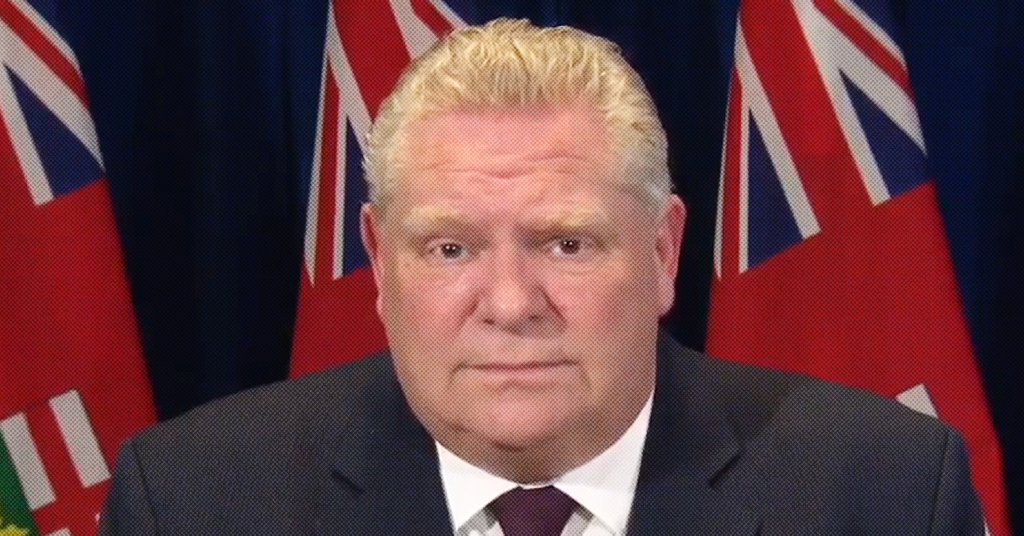 Ontario Premier Doug Ford pledged yesterday to provide $500 million in funding to build new schools and “refurbish” existing ones as part of the government’s ten-year, $12 billion plan — except that’s a billion dollars less than his promise in 2019.

“By making these smart investments today, we will ensure our students and teachers have access to modern facilities to learn,” Ford told the media yesterday as his government announced the release of $500 million in capital investments.

There’s just one problem: The government’s math doesn’t add up.

Ricardo Tranjan, an economist with the Canadian Centre For Policy Alternatives, noted the announced $500 million does little to modernize Ontario’s schools  — it’s only 3.125% of the school system’s $16.3 billion repair backlog that was identified by the auditor general last November.

“Whatever this government is pledging for the next ten years, what it’s investing this year is 3% of what was needed last year,” Tranjan told PressProgress. ” And there has been no announcement of significant funding to make it possible for kids to return to school.”

While the government promised back in January, to continue spending $1.4 billion per year on school repairs and renewals in 2020-21 just as it did in 2019-20, that is contradicted by its long-term pledge.

According to the government’s statement yesterday, the $500 million investment is part of a ten-year $12 billion plan to build new schools and repair existing ones.

Krista Wylie, Fix Our Schools Campaign Co-Founder, told PressProgress “In 2019, the Ford government pledged $13-billion over 10 years in capital grants and today, they have clawed back this commitment by $1-billion. As a parent, this is upsetting to see a government that claims to value the safety of our children actually proudly announce a decrease in funding for the critical infrastructure.”

In fact, if the government were committed to continuing to spend $1.4 billion on school repairs per year, what Ontario’s auditor general said was needed to maintain the existing school stock back in 2015, the 10-year total would be $14 billion, not $12 billion.

Neither the Premier’s office nor the ministry of education immediately responded to requests for comment from PressProgress.