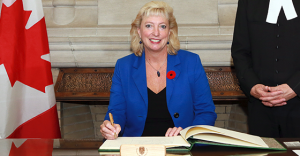 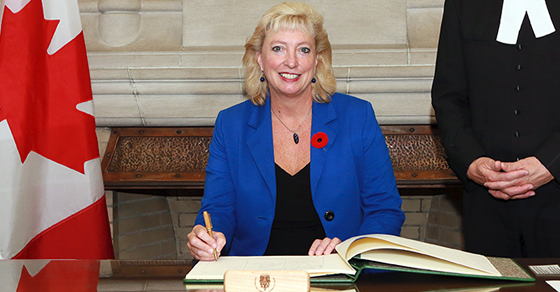 "I mean, you break up with your boyfriend at 16, everyone's suicidal."

Gladu criticized a Parliamentary Committee looking into the issue for opening “it up broader than what the Supreme Court had been asking for,” adding that the Committee “extended it to those who have psychological disorders like depression, people that are mentally not competent to make a decision, potentially even mature minors.”

“I mean, you break up with your boyfriend at 16, everyone’s suicidal.”

Gladu reminded listeners that “it’s really not a good time to be making that decision.”

Despite Gladu’s concerns about the emotional states of teens after a bad break-up, the legislation tabled Thursday only covers “competent adults whose deaths are reasonably foreseeable” due to a “grievous and irremediable medical condition.”

Bill C-14 will exclude “people diagnosed with degenerative, competence-eroding conditions like dementia” and will not “extend the right to an assisted death to so-called mature minors under the age of 18.”

However, Justice Minister Jody Wilson-Raybould said the issue of how to deal with minors will be studied further and suggested the law may be amended in the future.

The legislation was triggered by a February 2015 Supreme Court of Canada ruling, which struck down a provision in the Criminal Code banning doctor-assisted dying. The government was given until June 2016 to introduce new legislation.

In its ruling, the Supreme Court stated that prohibiting doctor-assisted dying for “competent adults who seek such assistance as a result of a grievous and irremediable medical condition that causes enduring and intolerable suffering, infringe the rights to liberty and security of the person.”

Although Gladu suggested the legislation would be “extended” to cover “mature minors,” what the Committee actually said was this:

“The Committee acknowledges that a competent mature minor who has a grievous and irremediable medical condition should not be forced to endure intolerable suffering … However, the Committee realizes that witnesses and briefs received were of differing opinions on the subject of extending the right to MAID to mature minors, and that these differences reflect a divergence of opinion among the Canadian public.”

So, the Committee recommended the following be addressed within three years:

“That the Government of Canada immediately commit to facilitating a study of the moral, medical and legal issues surrounding the concept of ‘mature minor’ and appropriate competence standards that could be properly considered and applied to those under the age of 18, and that this study include broad-based consultations with health specialists, provincial and territorial child and youth advocates, medical practitioners, academics, researchers, mature minors, families, and ethicists before the coming into force of the second stage.”

The Committee examined potential grey areas to ensure the legislation is in line with the Supreme Court’s ruling.

On Thursday, Dying With Dignity Canada criticized the legislation for veering away from the Committee’s recommendations and implementing “harsh, discriminatory rules” that “will create unfair barriers to access to medical aid in dying.”

Bill C-14 will be referred to committee before Gladu and other MPs will vote on the legislation.