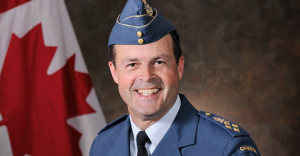 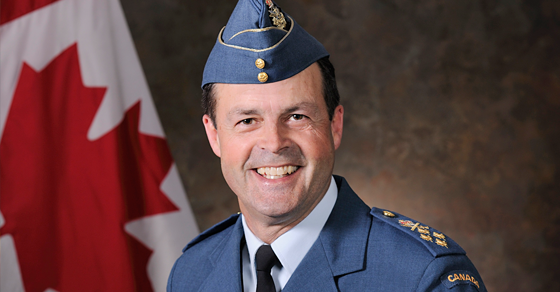 Did Canada’s top soldier even read his own military’s sexual misconduct report?

Does General Tom Lawson's head need to be rewired?

Canada’s Chief of Defence Staff might have earned himself a medal for dumbest explanation of the causes of sexual misconduct after stating that the Canadian Forces’ endemic sexual misconduct problems could be chalked up to the way men are “biologically wired”:

But based on what he told CBC’s Peter Mansbridge, it begs the question: did Lawson even bother reading Supreme Court Justice Marie Deschamps’ external review of the “undeniable problem of sexual harassment and sexual assault” in the Canadian Armed Forces?

Because it’s kind of hard to understand where Lawson’s comments came from when he had all the answers laid out in the report:

1. What is the cause of sexual misconduct?

“It’s because we’re biologically wired in a certain way. There will be those who believe it is a reasonable thing to press themselves and their desires on others.”

… or maybe, as the report finds:

“Any discussion, therefore, of the causes and consequences of sexual harassment and assault in the armed forces— including the effectiveness of current policies and practices—must begin with an examination of the underlying cultural norms that inform the ways in which CAF members interact with each other, and what they perceive to be acceptable conduct.”

“[The risk of sexual harassment and sexual assault is] exacerbated by a number of other inter-related conditions, many of which have already been discussed. These include:

• the prevalence, and possible escalation, of sexually inappropriate conduct (ranging from low-level harassment to assault);
• the perception that sexually inappropriate conduct is condoned by the chain of command, which contributes to a higher likelihood of inappropriate sexual behaviour;
• the lack of trust in the chain of command to prevent inappropriate sexual conduct from occurring, or to resolve incidents of sexual harassment and assault;
• the perception that the policies are inconsistently applied and that the CAF does not sanction sexual misconduct in a meaningful way; and
• the failure of many victims of sexual harassment and assault to report such incidents to the CAF.

Combined together, such conditions may intensify the vulnerabilities of some CAF members, most notably female recruits and lower-rank women, to sexual predation.”

2. Boys will be boys or cultural norms?

“There will be situations and have been situations where, largely, men will see themselves as able to press themselves onto our women members.”

And what could be some reasons they “see themselves as able” to do that? Let’s check the report:

“…the ERA’s consultations revealed a sexualized environment in the CAF, particularly among recruits and noncommissioned members, characterized by the frequent use of swear words and highly degrading expressions that reference women’s bodies, sexual jokes, innuendos, discriminatory comments with respect to the abilities of women, and unwelcome sexual touching. Cumulatively, such conduct creates an environment that is hostile to women and LGTBQ members, and is conducive to more serious incidents of sexual harassment and assault.”

“…there is a broadly held perception in the lower ranks that those in the chain of command either condone inappropriate sexual conduct, or are willing to turn a blind-eye to such incidents.”

3. Deflecting blame onto “Canadian society” as a whole:

“We certainly do have [the issue of biologically wired sexual misconduct] right across society.”

Which is the exact same avoidance of responsibility the report talks about:

“Many officers were quick to excuse incidents in the CAF on the basis that this kind of conduct is a ‘reflection of Canadian society’.”

Officers tend to excuse incidents of inappropriate conduct on the basis that the CAF is merely a reflection of civilian society.

While Lawson is set to retire this September, he now might be thinking about moving that date up a couple months.