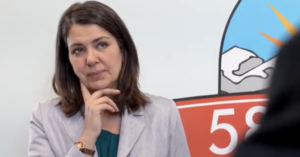 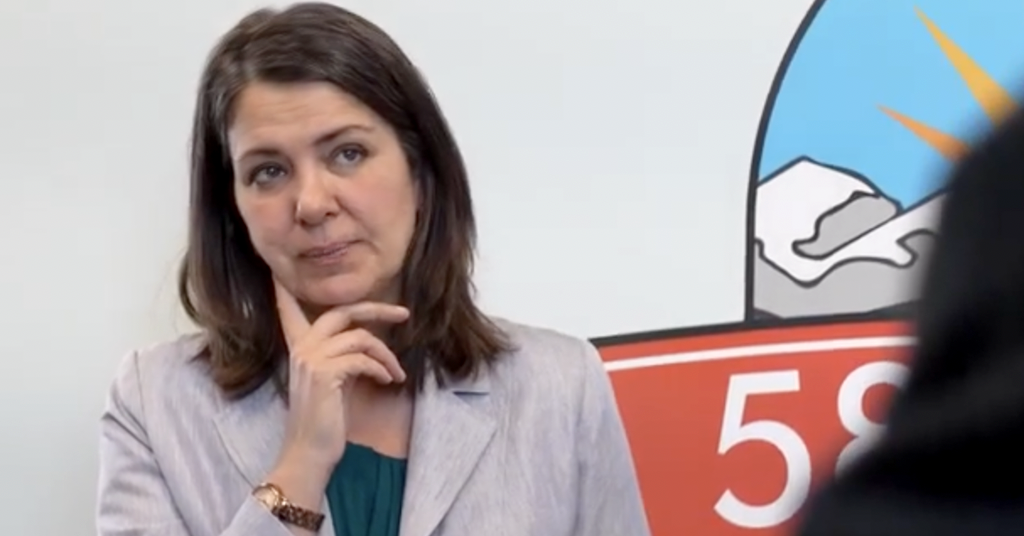 United Conservative Party leadership candidate Danielle Smith once argued that the risk of getting cancer from smoking cigarettes was not only exaggerated by health experts, but that smoking cigarettes also had special health benefits.

This week, Smith faced widespread criticism after hosting a podcast with a naturopath in which the UCP leadership candidate spread misinformation about cancer.

“Once you’ve arrived and got stage-four cancer and there’s radiation and surgery and chemotherapy, that is (an) incredibly expensive intervention,” Smith said. “When you think everything that built up before you got to stage four and that diagnosis, that’s completely within your control and there’s something you can do about that.”

While Smith’s comments about cancer came as a surprise to some, they also brought into focus Smith’s apparent habit of questioning mainstream health science.

In a 2003 Calgary Herald column titled “Anti-smoking lobby does more harm than good,” the UCP’s leadership candidate downplayed the harm of smoking up to half a pack of cigarettes per day and claimed smoking can actually “reduce the risk of disease.” 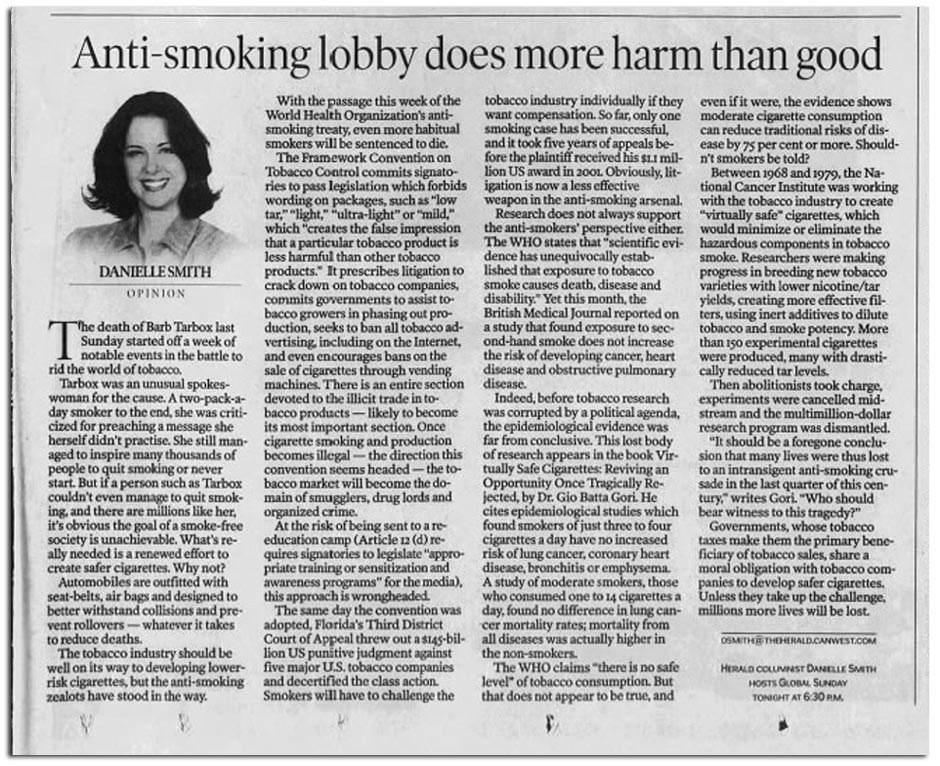 “Indeed, before tobacco research was corrupted by a political agenda, the epidemiological evidence was far from conclusive,” Smith wrote. “A study of moderate smokers, those who consumed one to 14 cigarettes a day, found no difference in lung cancer mortality rates.”

“The WHO claims ‘there is no safe level’ of tobacco consumption,” Smith added. “But that does not appear to be true.”

Smith then claimed smoking cigarettes can actually improve the health of smokers.

“The evidence shows moderate cigarette consumption can reduce traditional risks of disease by 75 per cent or more,” Smith wrote. “Shouldn’t smokers be told?” 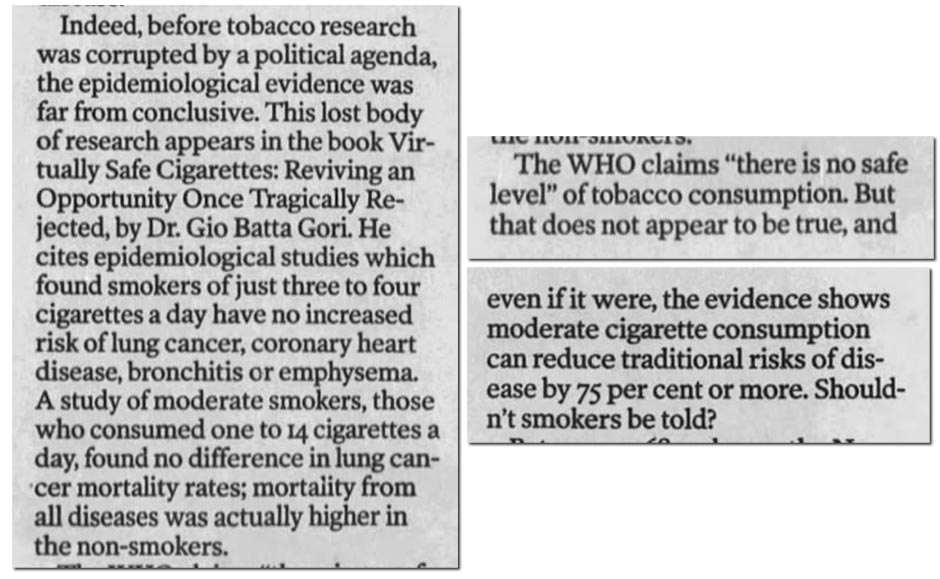 Smith’s column cites the work of a tobacco industry consultant named Gio Batta Gori, who published multiple policy books in favour of the tobacco lobby, in this case his 2000 release: “Virtually Safe Cigarettes: Reviving an Opportunity Once Tragically Rejected.”

A year earlier, Batta Gori published another book, in partnership with Canada’s right-wing Fraser Institute, that argued against the dangers of secondhand smoke, accusing the Environmental Protection Agency of “scientific misconduct.”

While the Fraser Institute does not disclose its funding sources, US Court records revealed Batta Gori’s 1999 book was funded by B&W Tobacco through a third party – the Fraser Insitute.

This information was not disclosed by the authors. It was only revealed when 50 million pages of documents were made public in a settlement agreement between the US government and the major tobacco companies.

The documents showed a financial arrangement in which Rothman’s provided “generous support” of the institute’s Social Affairs Centre. A letter from the Fraser Institute to Rothman’s shows the right-wing think tank asking the Chairman of British American Tobacco for money to support the Centre and its fight against government regulations.

Smith, a former Fraser Institute staffer in the late 1990s, also cited Batta Gori’s “lost body of research” when she claimed “smokers of just three to four cigarettes a day have no increased risk of lung cancer, coronary heart disease, bronchitis or emphysema.”

Citing Batta Gori’s work, Smith also claimed “millions” of lives have been lost due to anti-smoking initiatives that derailed research into “experimental cigarettes” that could have contained “lower nicotine” and “drastically reduced tar levels.”

Smith did not respond to requests from PressProgress seeking clarification about whether the UCP leadership candidate still stands behind what she wrote about smoking cigarettes.