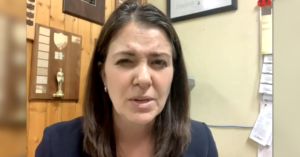 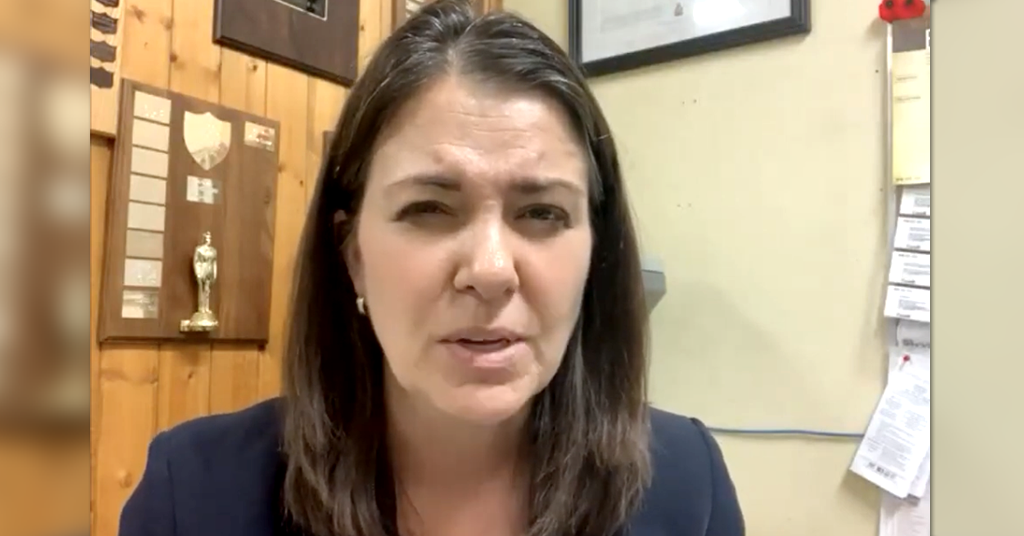 During a recent talk organized by a right-wing social conservative group, Smith said she wants to move Alberta towards an “voucher-style” funding model for education by increasing subsidies for students who attend private schools and doubling direct subsidies for homeschoolers, similar to the “system being pioneered in Arizona.”

Smith, widely seen as the front runner in the UCP leadership race, was speaking alongside other leadership contestants at a panel talk hosted by Parents for Choice in Education, a homophobic advocacy group that is pushing for public funding to private religious schools..

While other candidates, including Brian Jean, Travis Toews, Todd Loewen and Rebecca Schulz, all supported “school choice,” Smith went even further by suggesting Alberta adopt a “voucher-style system” that would allocate public dollars to pay for part of a student’s private school tuition:

“Our members have talked about wanting us to move to more of a voucher style system being pioneered in Arizona. Actually they’re the ones who have, I think, moved the furthest along with what they call empowerment, scholarship accounts. And the way they do it is they give $7,000 per student, and it’s universal. So the child can go to the school of their choice.”

Smith added she would also double the money provided to homeschooers:

“Homeschooling is a little bit of a different case though. I’ve talked to homeschooling families and they think that the $850 is too lean, but I’ve suggested that maybe a doubling of that might be in order to allow for the cost of additional curriculum.”

Education advocates say such a move would see public funds subsidizing private, for-profit schools at the expense of the public system.

“If this becomes public policy, it will mean the destruction of the public education system that has taken generations for Albertans to build,” Support Our Students Director Heather Ganshorn told PressProgress.

“It is a seismic shift away from building an equitable and accessible education system that aims to meet the needs of each and every child toward a dog-eat-dog, fend-for-yourself system.”

Ganshorn says voucher systems in the US have been used to erode public education for decades.

“This is not a bug; it’s a feature. Eroding the quality of public education creates the market conditions for further privatization. This is a giant handover of public dollars to unaccountable private actors.”

Alberta is already the most generous province in its subsidies for private education, currently funding private school students at 70% of public students.

“It’s a mechanism for public dollars to be shifted into private schools that don’t have the same accountability for the money that public schools do. There’s also a level of accountability that follows when students are in a public school,” Alberta Teachers Association President Jason Schilling told PressProgress.

“The public school trustees that oversee the application of those dollars within the education system that might fall into a private system or even into a charter school, which are not overseen by publicly elected trustees,” Schilling said.

“There’s no accountability for those dollars, and it drains money out of the public schools.”

Smith was herself a trustee with the Calgary Board of Education in the late 90s, running on a platform of “school choice.” She clashed with other trustees and suggested closing up to 30 schools during her short time in the position.

Smith isn’t alone within her party on this. The UCP passed a policy resolution in 2019 at their AGM favouring a move to the voucher system.

Former Edmonton Trustee Bridget Stirling says it is out of line with what the province wants. Stirling is now a PhD Candidate in the Department of Education and Policy Studies

“The majority of Albertans believe that too much funding is given to private schools, and about two thirds support reallocating private school funding back into public systems,” Stirling told PressProgress.

“This proposal is less about attracting the support of the majority of Albertans and more about gaining the votes of people already choosing private education or homeschooling, many of whom are religious conservatives being courted by UCP candidates.”