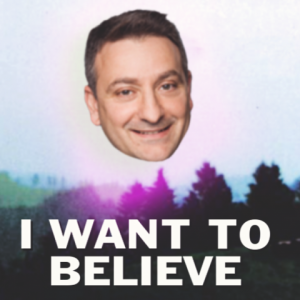 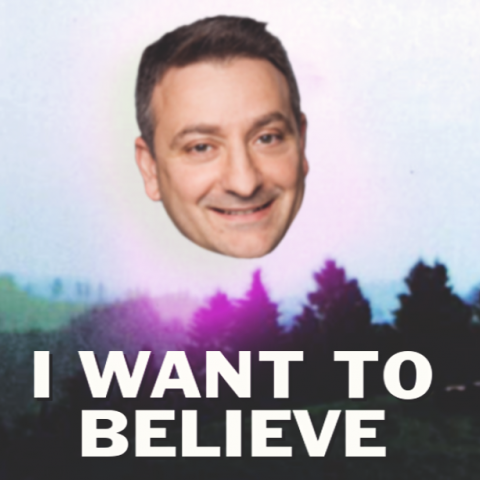 We could all be living through an episode of the X-Files right now. Or, the Conservatives have no evidence of the voter fraud they claim the Unfair Elections Act will fix, so they’ve decided to just make up phony stories. First, Conservative MP Brad Butt got himself in trouble when he said he personally witnessed thefts of […]

We could all be living through an episode of the X-Files right now.

Or, the Conservatives have no evidence of the voter fraud they claim the Unfair Elections Act will fix, so they’ve decided to just make up phony stories.

First, Conservative MP Brad Butt got himself in trouble when he said he personally witnessed thefts of voter identification cards from mailboxes, which he claimed were used by people to vote fraudulently.

A few weeks later, after people asked why he hadn’t bothered to report this to police, Butt retracted the statement.

Now, two more Conservative MPs have stepped forward with their own supernatural stories of voter fraud.

Did Laurie Hawn receive a phone call from…  the future?

Conservative MP Laurie Hawn told the House of Commons this week that back in 2006, he was “called personally” by an anonymous person and “offered hundreds” of voter information cards that could be used in a plot to commit voter fraud.

“In the 2006 election, I was called personally and offered hundreds of voter cards that had been left in apartment buildings and so on. Like an idiot, I said, “No, we don’t do that sort of thing.” I should have said, “Yes, come on down,” and had the police waiting.

In the 2006 election, there were hundreds of people removed from the voters list, because it was clear that they did not live in the riding and that they intended to vote fraudulently. They did not, because we caught them.”

There’s only one problem with Hawn’s story: voter cards weren’t issued as proof of address until 2007.

When iPolitics caught up with Hawn later in the day, and told him Elections Canada said his allegations were not possible, Hawn replied cryptically: “there’s rules, and how it was used are two different things.”

Calandra, parliamentary secretary to the Prime Minister, startled the House of Commons last month when he claimed that eight years earlier, while working as a scrutineer on election day, he discovered that his dead mother had voted. And when Calandra dared to ask questions, Elections Canada got nervous, and he was “ushered out of the polling station”:

“I can provide a specific example from 2006 for the member. As a scrutineer at a poll, I was shocked to learn that my mother had voted. She had actually passed away in 2005, and when I asked the person why her name was checked off the list, she assured me that my mother had been in earlier in the day to vote. When I explained to her that was not possible, I was ushered out of the polling station.”

When CBC followed up with Calandra this week, he changed his story. Here’s what CBC wrote:

Reached by phone late Tuesday, Calandra said he made a mistake when he said he was a scrutineer in that election. He was just a voter, he says. But he noticed his mother’s crossed-off name as the poll clerk was about to draw a line through his own name.

“In retrospect do I think there was something fishy about it. Yes. Do I think it was any of the polling people? No,” he said.

But in offering this answer, Calandra only raises more questions: did Calandra actually talk to any poll worker about this irregularity or did he simply “notice” a pen mark on a sheet of paper and not ask anyone about it; did a poll worker really say she saw Calandra’s deceased mother vote in the 2006 election? Did Calandra follow up with Elections Canada, since there’s a well-established process for removing deceased electors from the voters’ list? Why was Calandra “ushered” off the premises for asking questions about what is a routine record keeping issue? Who ushered Calandra out? Were they men dressed in black?

It’s hard to say. But one thing we can all be sure of: the truth is out there.