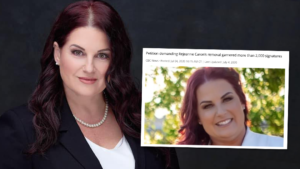 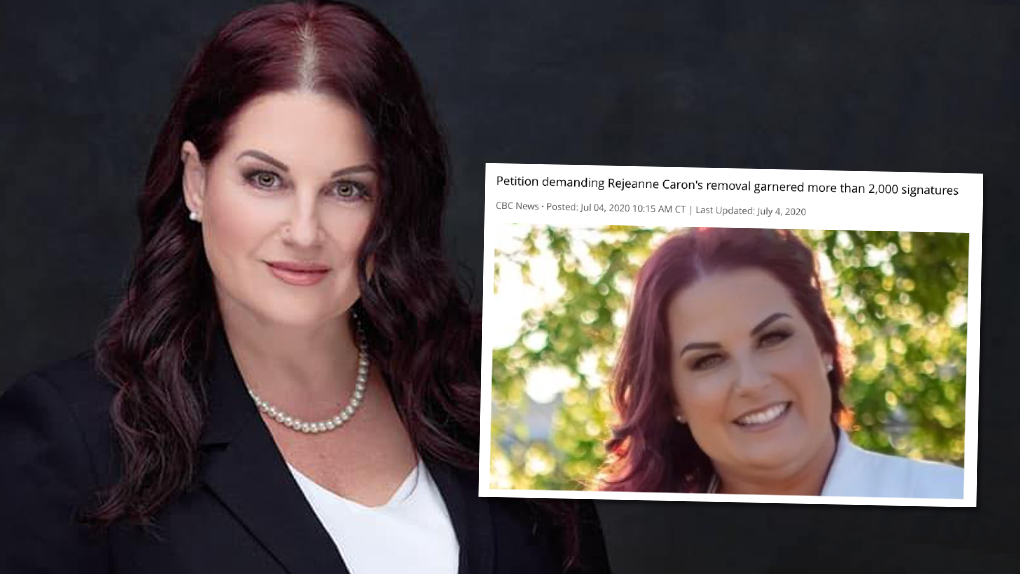 Erin O’Toole’s Conservatives won’t clarify why one of its Winnipeg-area candidates was approved to run even after resigning from a local community group over a series of controversial tweets last year.

Rejeanne Caron, a member of the Winnipeg Police Service, was quietly named as the party’s candidate in Transcona-Elmwood last month without a nomination vote despite having made headlines over contoversial tweets, including retweeting a statement calling Black Lives Matter a “terrorist” group that wants to destroy democracy

Caron has not spoken about the incident since being named a Conservative candidate and did not respond to multiple requests for comment from PressProgress.

Last summer, Caron retweeted a statement that was originally tweeted on June 13, 2020 from the account @geoff_buxcey.

“This push to defund the police by BLM and Antifa isn’t about George Floyd or racism, it’s about collapsing institutions and democracy. These destructive “New terrorist” groups are spreading hatred globally while being idealized by the Canadian Media and the Trudeau Government.” 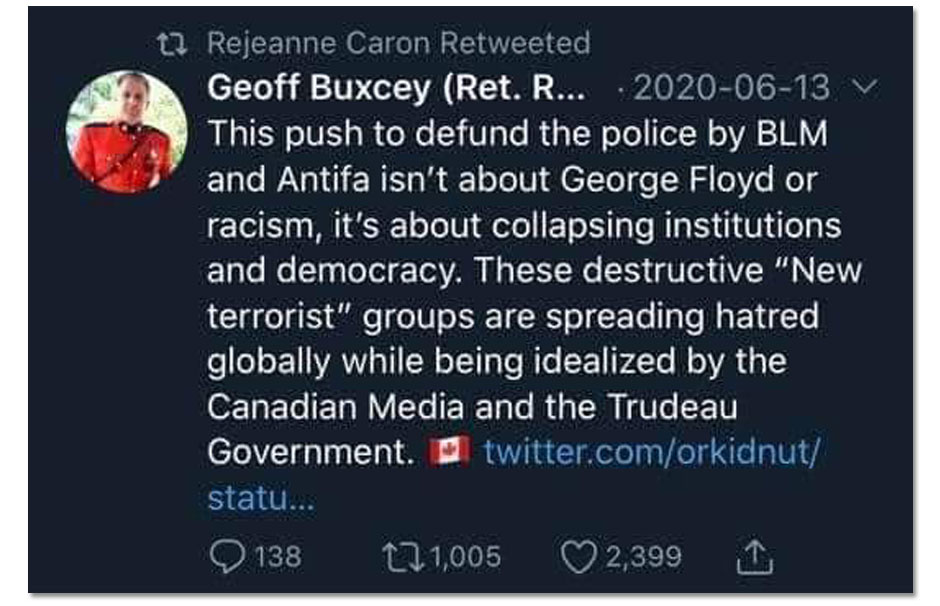 Caron’s social media posts prompted over 2,000 people to sign a petition last year calling for Caron’s removal from the board of a local Winnipeg community organization called the Bear Clan Patrol.

The Bear Clan Patrol is a respected Indigenous-led community patrol intended to keep the peace and assist community members in a “non-threatening, non-violent and supportive way.”

Caron was also the Conservative candidate in the 2019 federal election. The petition criticized Caron’s intentions to run for office a second time.

“Apologizing or removing the offending tweets is not enough: the damage has been done and there is no way for Ms. Caron to regain the community’s trust.”

At the time, Bear Clan Patrol co-founder James Favel said bringing Caron onto the board was a “colossal mistake” and her Twitter statements were “diametrically opposed to the way we conduct ourselves and the way we think.”

Caron resigned from the board shortly after and accused Favel of ‘throwing mud’ and using her as a “political pawn” for his own gain. Caron deleted the retweet and several other posts but did not officially retract or apologize for the many tweets outlined in the petition.

Caron did not return PressProgress’ request to clarify her views on Black Lives Matter other tweets cited in the petition.

In one deleted tweet, the Conservative candidate asked whether people who support defunding the police should be “blocked when calling 911 in a time of need.” 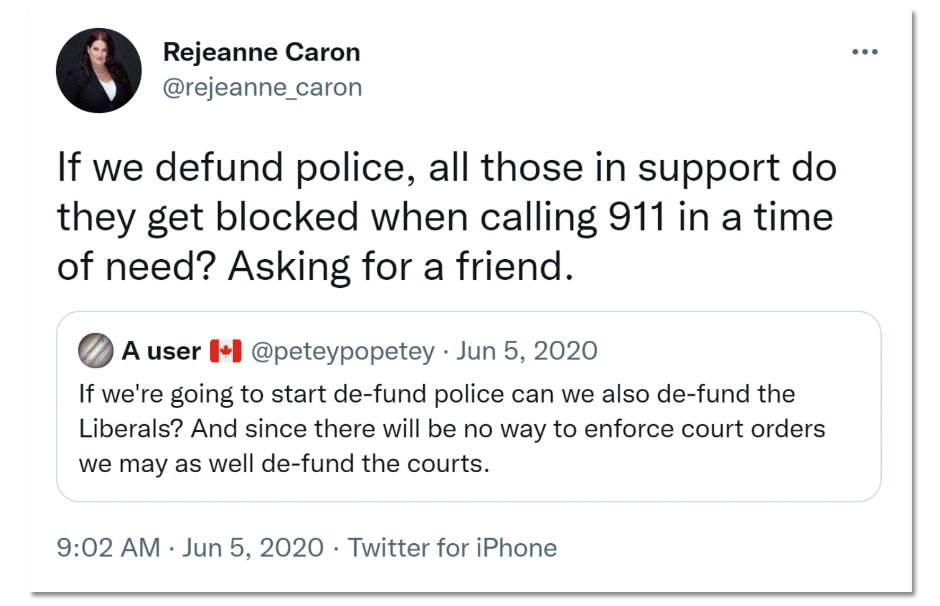 Caron also retweeted and liked statements that defended police violence against Indigenous people — one retweet, which has since been deleted, implied First Nations Chief Allan Adam lied about his violent arrest by the RCMP. 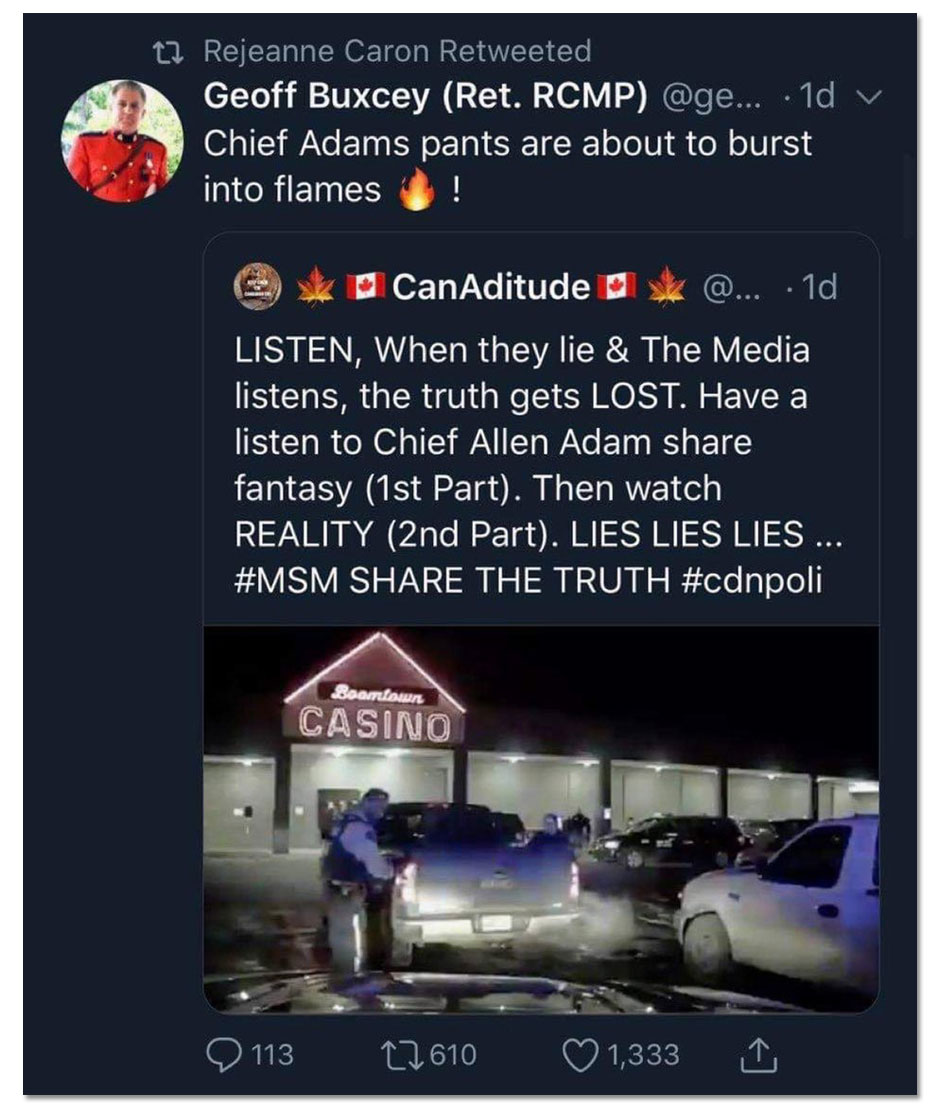 To date, neither Caron nor the federal Conservative Party has publicly addressed the controversy surrounding the tweets that led to her resignation from the community group’s board of directors.