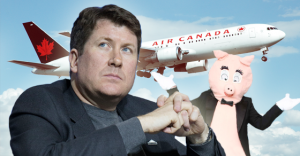 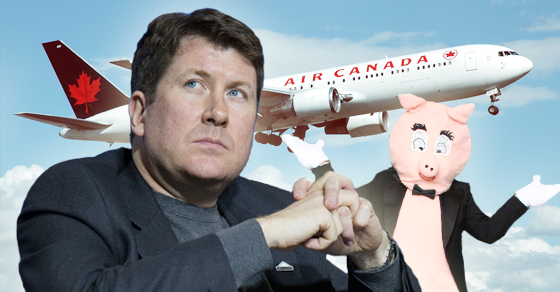 Is Conservative MP John Williamson "living high on the hog?"

Would John Williamson say he’s “living high on the hog at the taxpayers’ expense”?

We know that’s what the Conservative MP used to say about “people who fleece Canadian taxpayers” back when he was head of the Canadian Taxpayers Federation. Would he say the same thing now?

PressProgress has discovered Williamson left taxpayers to pick up the tab for an all expenses paid trip to a 2014 Vancouver conference for conservative political activists that, ironically, had “less waste and more accountability from governments” as a central theme.

But that’s not all. Guess who was hosting the event? The Canadian Taxpayers Federation — the very same group Williamson himself used to run.

According to House of Commons documents detailing MP’s travel expense claims, Williamson racked up a bill of nearly $3,000 for travel, accommodations and per diems during his 3-night stay in Vancouver “to attend a conference” between May 29th and June 1st, 2014:

And thanks to Twitter, we can say for sure Williamson didn’t miss the conference that weekend:

House of Commons rules stipulate MP’s travel “must be in the discharge of parliamentary functions.” While MPs are permitted to attend conferences, these events are typically connected to their work as “standing and special committee members.”

Williamson has been a member of the National Defence and Official Languages committees since 2013.

We also know Williamson wasn’t the only Conservative MP at the anti-tax talk-a-thon:

As the regional minister for BC and representative of a nearby riding, it might make sense that Industry Minister James Moore popped his head in to say hello.

But that only begs the question: why did taxpayers send John Williamson to a Vancouver taxpayers conference?

And perhaps the most crucial question of all — does Williamson have any sense of irony?

Held at a posh hotel on Vancouver’s waterfront, the 2014 World Taxpayers Conference brought together conservative activists from around the world to “exchange ideas and best practices that advance support for limited and accountable government.”

Conference delegates capped off the weekend with a ritzy cocktail reception and “Rex Murphy Dinner” — Murphy, the keynote speaker, reportedly dazzled the crowd with zingers like: “there are things so stupid that only a government could do it!”