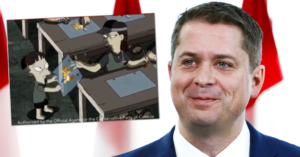 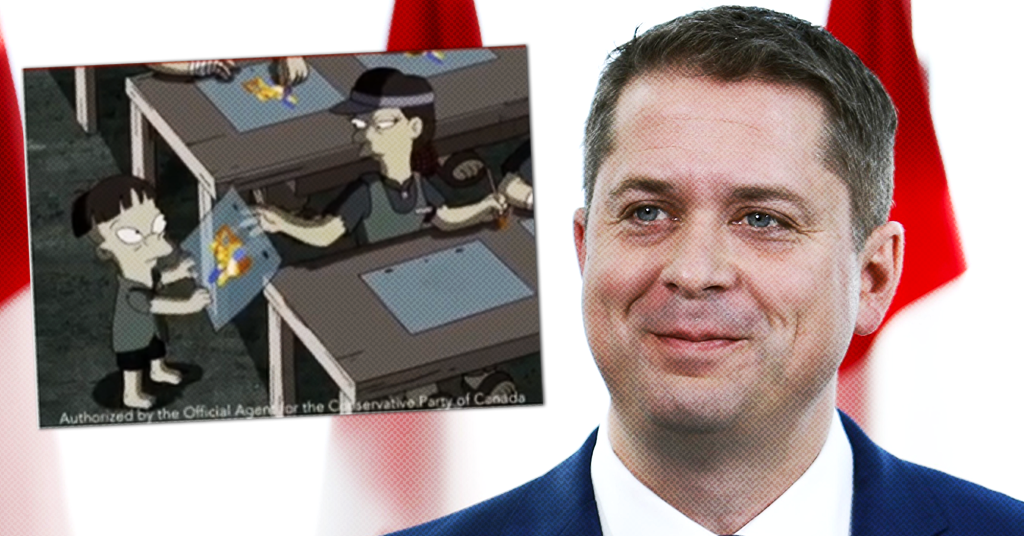 On the eve of the 2019 federal election, the Conservative Party of Canada poured tens of thousands of dollars into partisan attack ads that made use of copyrighted video footage from The Simpsons.

Just last week, the Conservative Party was slapped with a lawsuit from CBC, whose lawyers argued the Party’s use of footage from CBC News broadcasts in election ads is a violation of CBC’s copyright.

Some legal experts argue CBC has a “weak” case — under the fair dealing exception, Canadians are allowed to use clips of copyrighted material under certain conditions, particularly when the material has a tangible public interest value.

But what about using clips from cartoon sitcoms in partisan advertising?

The ads, which ran on Facebook between October 19 and 20th, use two clips from The Simpsons and feature music from Journey’s hit single “Any way you want it.”

Conservative Party of Canada officials did not respond to multiple requests for comment from PressProgress about the party’s Simpsons-themed attack ads.

Previously, the Conservatives defended their use of CBC news footage, arguing that “when you are funded entirely by taxpayer dollars, taxpayers should be able to use the footage.”

The Walt Disney Company, parent company of 20th Century Fox, was not able to immediately provide comment about the Conservative Party’s use of footage from The Simpsons. Journey and Columbia Records did not respond to requests for comment from PressProgress.

Although the Conservatives were running its Simpsons ads until midnight Sunday, several variations of the same ad were no longer active early Monday morning.

Elections Canada confirmed that a blackout period was in effect on voting day, prohibiting election ads that support or oppose any party or candidate.

According to University of Ottawa law professor Michael Geist, Canada Research Chair in Internet and E-Commerce Law, the Conservatives’ use of Simpsons video clips in election advertising “may certainly still qualify for fair dealing.”

“Fair dealing is context-specific,” Geist told PressProgress. “The source material can be anything, whether political coverage or The Simpsons.”

“The analysis depends on the fair dealing factors, including how much is used, nature of the work, availability of alternatives, purpose and impact.”

According to data included in Facebook’s ads library, the Conservatives have spent between $10,000 and $50,000 blasting partisan Simpsons ads to as many as half a million Canadians, particularly younger men who live in Ontario. 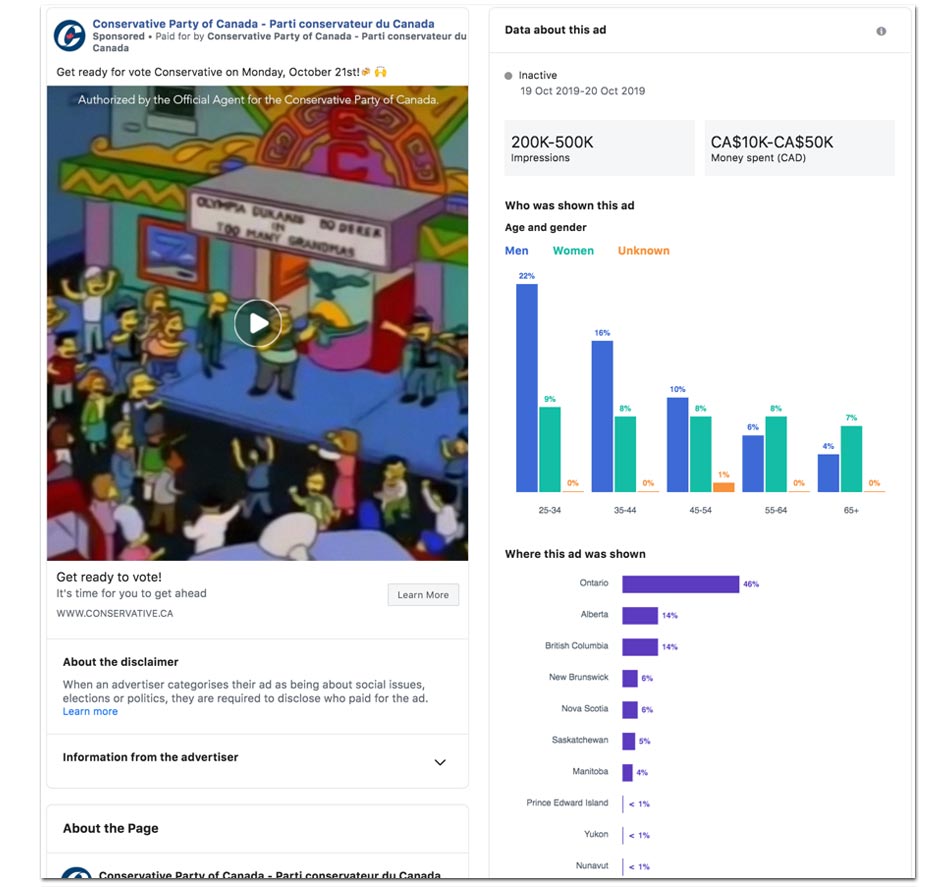 Data contained on Facebook’s ad library shows the Conservative Party of Canada and has spent over $1.2 million on Facebook ads since June 2019.

The party has spent half a million dollars on Facebook advertisements in the final week of the election alone.