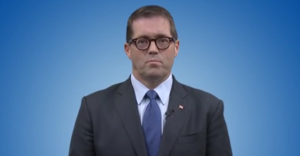 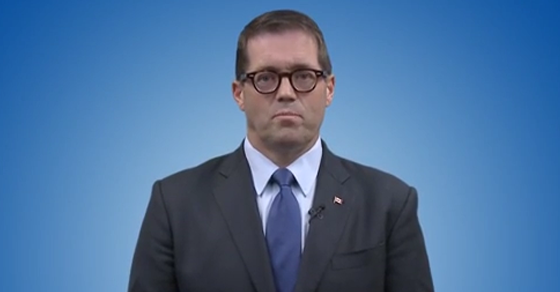 Conservative MP on Canada’s Residential Schools History: ‘Who Among Us Hasn’t Made Mistakes?’

Conservative MP Bob Zimmer has some more dismissive insights on Canadian and Indigenous history he’d like to share with everybody.

Last week in his “Weekly Report” column that appears in local newspapers around his northern BC riding of Prince George-Peace River, Conservative leader Andrew Scheer’s deputy Treasury Board critic waded into the shameful history of Canada’s residential schools program.

In his column, Zimmer attempted to defend Sir John A. Macdonald’s checkered past. The City of Victoria recently voted to remove his statue in light of his role as a “key architect of the Indian Residential School system.”

“I understand that some of the decisions Sir John A. Macdonald made are controversial, especially as it relates to residential schools,” Zimmer wrote, before adding that “we have all made mistakes.”

“There is no doubt that Sir John A. Macdonald was flawed,” the Conservative MP continued, “but who among us isn’t?”

The residential schools program resulted in the deaths of over 6,000 children and is described as “cultural genocide” by the Truth and Reconciliation Commission.

Zimmer is no stranger to tone-deaf comments on Indigenous issues.

During the 2015 federal election, Zimmer was forced to apologize for claiming the real problem facing missing and murdered indigenous women is “the lack of a job.”

“When people have a job, they’re not in despair,” Zimmer said during an all-candidates meeting in Fort St. John. “They can stay on reserve, and that’s where we want them to be.”

After sparking outrage – and being called upon to withdraw his candidacy by the Union of BC Indian Chiefs – Zimmer insisted he cares “deeply” about missing and murdered Indigenous women, insisting: “I say that from the deepest part of my heart, that’s where I’m at.”

Zimmer previously made headlines after endorsing a speech by former Republican presidential hopeful Ben Carson claiming a so-called “secular progressive agenda” is trying to “take God out of our lives.” In 2016, Zimmer pushed to have the AR-15, the same the same weapon used in dozens of mass-shootings across the United States,   reclassified as a hunting weapon in Canada.

Under a policy of “aggressive assimilation,” the residential school system was designed to indoctrinate Indigenous children according to Christian customs, and ultimately abolish their culture and traditions.

“The government did try to eliminate the culture and language of indigenous people for well over a hundred years,” Truth and Reconciliation Commission Chair Murray Sinclair said in 2015. “And they did it by forcibly removing children from their families and placing them within institutions that were cultural indoctrination centres.”

In 1883, Macdonald described the goal of residential schools as separating “savages” from their parents and placing them in “central training industrial schools where they will acquire the habits and modes of thought of white men.”

The result was more than 150,000 children being torn away from their families and enduring decades of physical violence, sexual abuse and trauma.