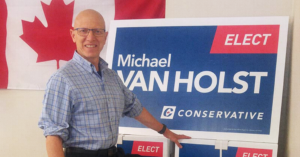 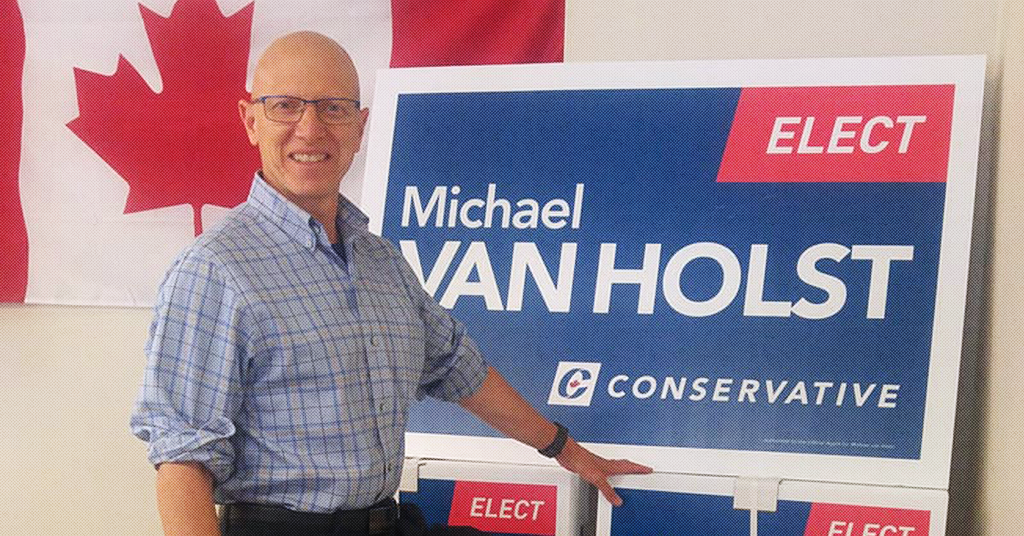 One of Andrew Scheer’s federal Conservative candidates in Southwestern Ontario has a history of voicing strong opinions on the dangers of water fluoridation.

Welcome, Michael van Holst to the Conservative Team! The momentum is building for our positive Conservative vision – RT the good news!#cdnpoli pic.twitter.com/7TIijQRvSc

The London City Councillor has publicly described drinkers of flouridated tap water as “victims” who are being “poisoned against their will.”

“They suffer physical trauma, emotional trauma, they have to discover the cause without help from a medical system that doesn’t believe the cause exists,” he told London City Council earlier this year.

Van Holst cast doubt on the scientific conclusions of public health bodies such as Health Canada and the US Centers for Disease Control, warning city councillors and public health officials not to ignore the “harmfulness of fluoride.”

“It effects the mental health of the children and their mental development,” van Holst claimed. “That’s a huge concern.”

“I have a fear that fluoridation is going to turn out to be the Bill Cosby of water treatment processes because it’s something that we have thought was irreproachable. But maybe, behind the scenes, it’s actually doing great harm.”

“Yeah, I almost jumped in on that comment about, um, Bill Cosby, um, not sure that’s appropriate councillor — but, we’ll leave it at that,” councillor Phil Squire responded.

Neither van Holst nor Conservative Party officials responded to multiple requests for comment from PressProgress.

At the time, van Holst claimed his analogy was meant “to educate and not offend.”

“The point I tried to make was that things we think are great may actually be causing us harm,” van Holst told the London Free Press, explaining that he only made the provocative analogy for attention.

“My goal was to be certain that attention would be brought to this issue,” he said. “For those who do not consider the parallels sufficient, I do extend an apology.”

Cosby had been sentenced to up to 10 years in prison for sexual assault only several months prior to van Holst’s remarks.

Earlier in the committee meeting, the Conservative candidate attempted to illustrate the dangers of water fluoridation with a bizarre presentation involving 100,000 cinnamon heart candies. 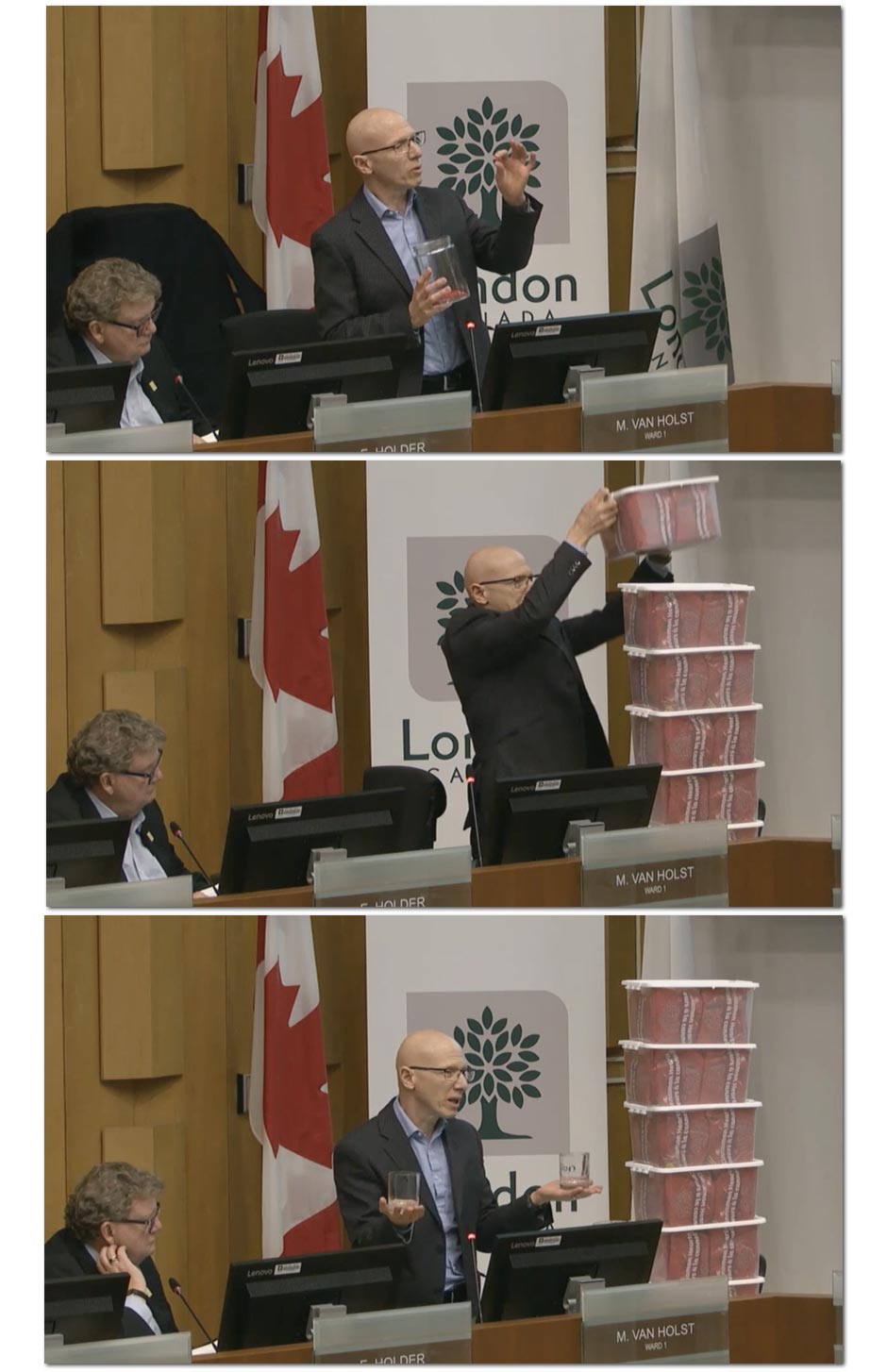 “We are not health professionals, I don’t think it’s our role to try to play doctor,” Holder said, adding it’s “critical that we respect and understand the professional references of the individuals that give us advice so that we can act in the best interest of our citizens.”

“I sure hope it’s not going to be based on broader influences that aren’t necessarily based on science.”

Other councillors accused van Holst of pushing “junk science” and suggested he was insinuating there was a “conspiracy of people who work in public health who are trying to protect the fluoridation manufacturers.”