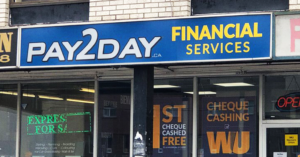 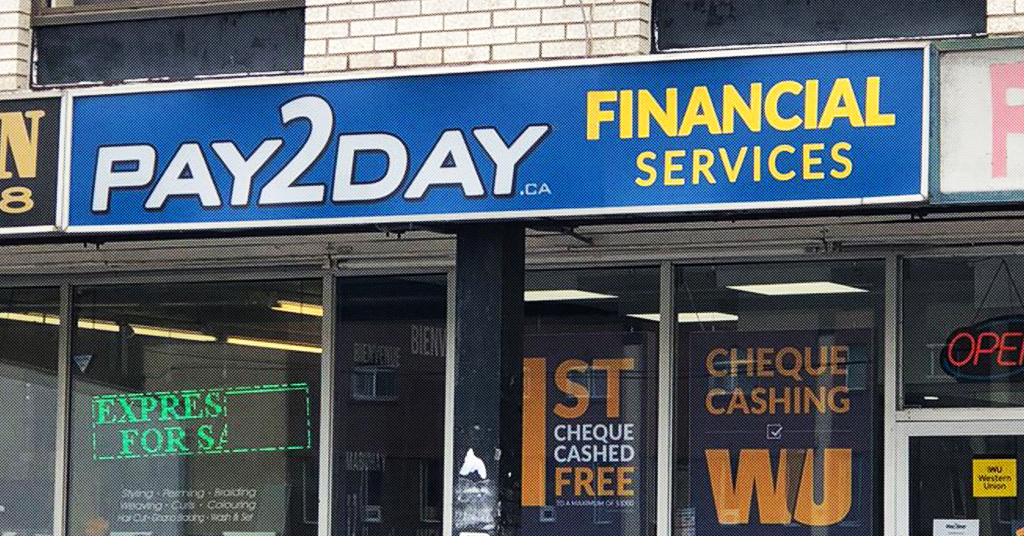 An Ontario-based payday lender says its CEO has resigned “effective immediately” after calling Black Lives Matter a “terrorist organization” and telling workers that the anti-racist group’s values run contrary to the values of his company.

Pay2Day, a company that offers lucrative loans to cash-crunched Canadians at over 30 locations across Ontario and BC, says comments from former CEO Wesley Barker are “not representative of what Pay2Day and our team are and stand for.”

“We sincerely and unreservedly apologize for any hurt or feelings of betrayal that our employees, customers and members of the Black community,” the company told PressProgress in a statement.

“The views expressed by Mr. Barker are his personal views and do not represent the views of Pay2Day.”

This week, a Facebook post that circulated widely online showed the former CEO wrote that “Black Lives Matter is a terrorist organization.”

“It might not be a popular opinion,” Barker admitted, “but it’s mine and I’m untitled to it.” He added: “Any company or friend of mine that supports it will not be supported by or patronized by me.”

The payday loan CEO reinforced this message with a letter sent to Pay2Day workers claiming the anti-racist group works to “stigmatize” and “harass” people “based on skin colour, profession, religion or sexuality.”

“I am aware as I am sure many of you are too of the riots and protests sweeping across the globe caused by the senseless murder of George Floyd in Minneapolis,” Barker wrote. “I feel it necessary to address all of you at Pay2Day and our community.”

The CEO’s letter to workers, later posted by 6ixBuzzTV, states:

“We cannot and should not support political groups or organizations like BLM they centre out, profile, stigmatize or harass other people based on skin colour, profession, religion or sexuality.  That is hypocritical and contrary to our culture here at Pay2Day.” 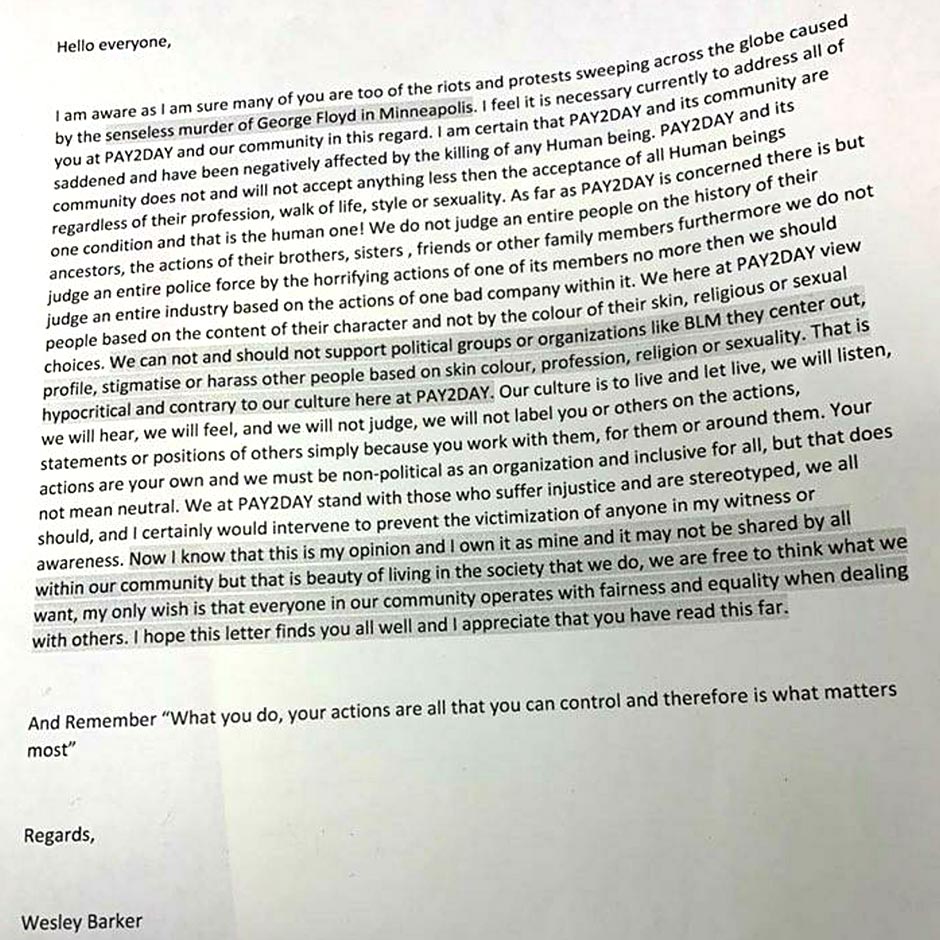 In a statement to PressProgress, Pay2Day’s new CEO Nelson Belchior stressed that “our staff had nothing to do with Mr. Barker’s letter.”

“We want to make it clear that we recognize that systemic racism exists and we condemn it in all its forms,” Belchior said, adding that “Pay2Day is taking action, including establishing a diversity committee at the suggestion of our employees.”

“We have also asked our employees for more suggestions to restore our corporate culture of trust and move forward together.”

Barker’s comments appear to echo right-wing talking points and Elections Canada donation records suggest the former CEO is politically engaged — Barker has given thousands of dollars to the federal Conservative Party of Canada since 2017.

Corporate records list Barker and Belchior as co-directors of Circlefin, the parent company of Pay2Day while Belchior is listed as the sole director of Pay2Day.

Barker did not immediately respond to a request for comment from PressProgress.