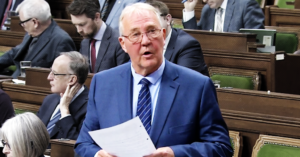 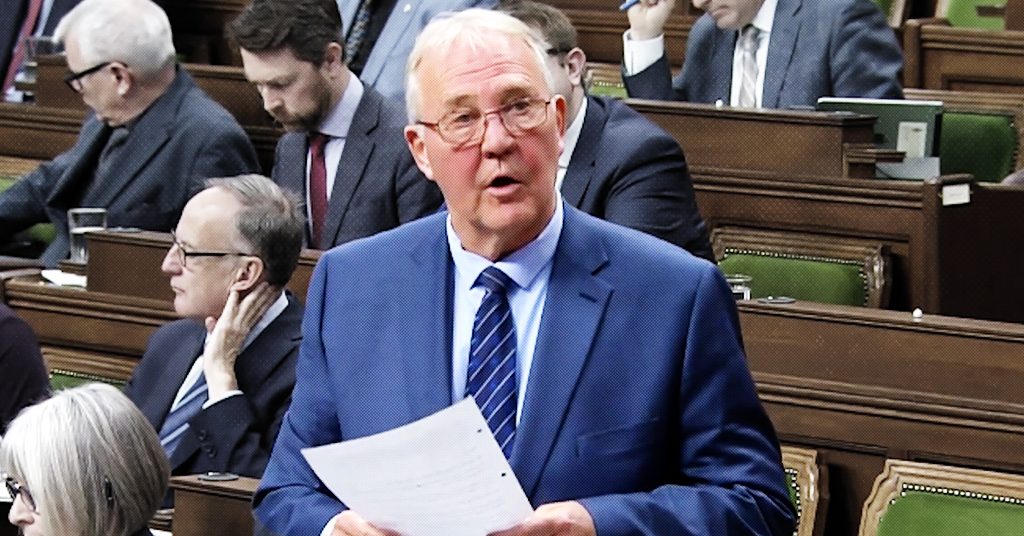 The federal government department tasked with leading Canada’s response to terrorist threats says it is adopting a new “bias-sensitive approach” to the way it talks about far-right terrorism.

That’s what Public Safety Canada’s said after internal documents revealed CSIS and the RCMP met with top departmental officials to debate semantics over “right-wing extremism” and “far-right” terrorism a few months before a neo-Nazi group was added to Canada’s terrorism list.

The documents, obtained by PressProgress through Access-to-Information, were first reported late last month by the Canadian Press. The documents feature Power Point slides from an April 2019 meetings between top officials at Public Safety Canada, CSIS and the RCMP.

According to the unredacted slides, the meeting had a few “objectives and strategic considerations.”

Notably, one of the main objectives of the meeting was to “foster discussion on broader considerations” relating to how right-wing extremism is “defined” and the question of: “How do we talk about it,” both internally and externally. 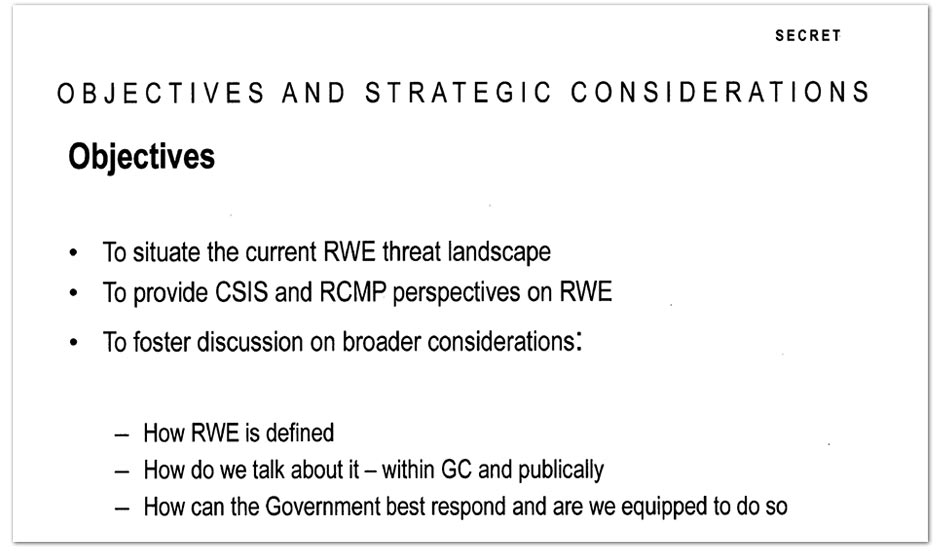 In a section titled “strategic policy considerations,” CSIS and the RCMP indicated they were concerned about issues relating to the “definition” of these terrorist groups.

“Do we need a broader conversation on how we understand and describe all types of ideologically motivated violence?” Another slide asks: “At what point are these activities considered terrorism?”

A spokesperson for Public Safety Canada told PressProgress that the debate over what language to use to describe far-right terrorists centres on concerns about the appearance of “bias.”

“Public Safety Canada is committed to applying a bias-sensitive approach to describe any threat inspired by ideology or groups,” the spokesperson said.

“This reflects ongoing efforts to applying bias-free terminology to all threats associated with violent extremism,” they explained.

Prior to the recent change in terminology, Public Safety Canada said it used its 2018 Public Report on the Terrorist Threat to Canada as its language styleguide.

That report defines “right-wing extremism” as an ideology “driven by hatred and fear” on a range of issues relating to “anti-government and anti-law enforcement sentiment, advocacy of white nationalism and racial separation, anti-Semitism and Islamophobia, anti-immigrattion, male supremacy (misogyny) and homophobia.”

The report notes right-wing extremist groups attempt to radicalize others to their cause primarily over the Internet by “exploiting real or imagined concerns” in order to “create an online culture of fear, hatred and mistrust.”

Evan Balgord, Executive Director of the Canadian Anti-Hate Network, says he does not see any benefit in using ideologically-neutral “bias-free terminology” to describe far-right terror threats.

“They’ll be accused of bias by hate group sympathizers, supporters and members regardless,” Balgord told PressProgress.

“Right-wing extremism is a well-defined academic term,” Balgord noted. “It’s not a contentious term within academia, law enforcement and the security services.”

“I think they’re being overly concerned about optics when it’s already a widely established term,” he added.

Balgord says the Canadian Anti-Hate Network uses terminology  rooted in academic discourse or defined by law, but said “accuracy” should ultimately be the most important consideration when it comes to defining these hate groups.

“We try to be specific in categorizing (hate groups) because they have distinct behaviours and spheres of influence even though the underlying ideology is identical.”

This week, the Director of the Federal Bureau of Investigation told the US Congress it had elevated national security threat level posed by white nattionalists and neo-Nazis to the same level as ISIS.

Patrik Mathews, an ex-Canadian reservist from Manitoba who fled to the United States after his connection to a far-right terrorist group was revealed by the Winnipeg Free Press, was arrested in Delaware last month.

Federal prosecutors say a video shows Mathews was planning terrorist attacks on targets around the United States as part of a “violent revolution” in the name of the “white race.”