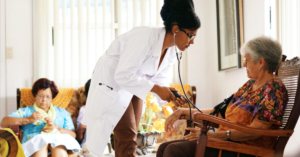 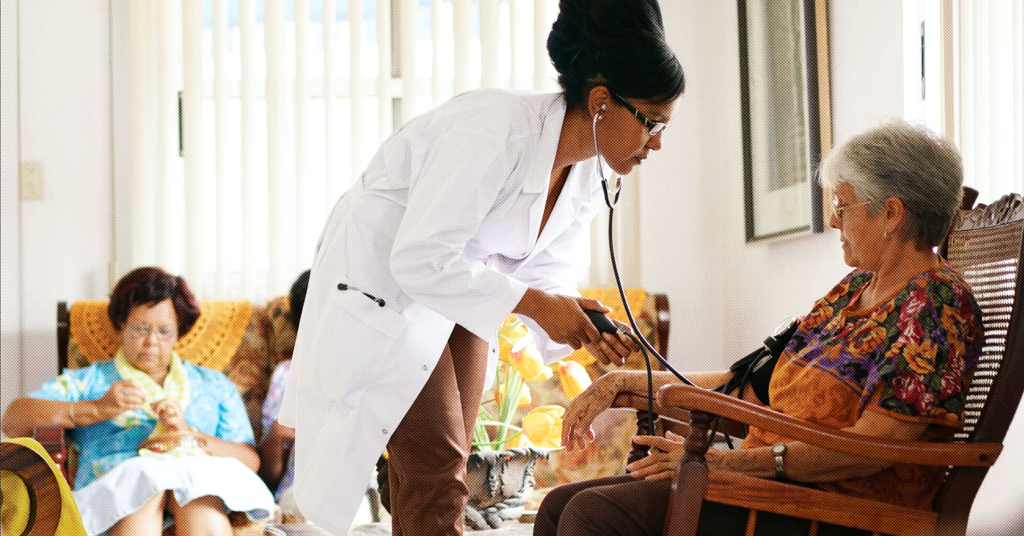 Seniors in British Columbia have less access to publicly-subsidized assisted living spaces today than they did in 2008 after a decade of market-based approaches to senior care, a new report from the Canadian Centre for Policy Alternatives finds.

The shortage of publicly-subsidized assisted living spaces forces some seniors to seek alternatives in “private-pay” facilities at sky-high rates for beds.

However, the report explains BC’s P3 model provides no guarantee facilities will remain part of the publicly-subsidized senior-care system.

Because private senior-care corporations make more profit on units where residents pay out-of-pocket than through publicly-subsidized spaces (where fees are much lower), “private, for-profit sector — especially corporate chains — are more likely to build private-pay assisted living units where the rate of return on capital invested is higher.” 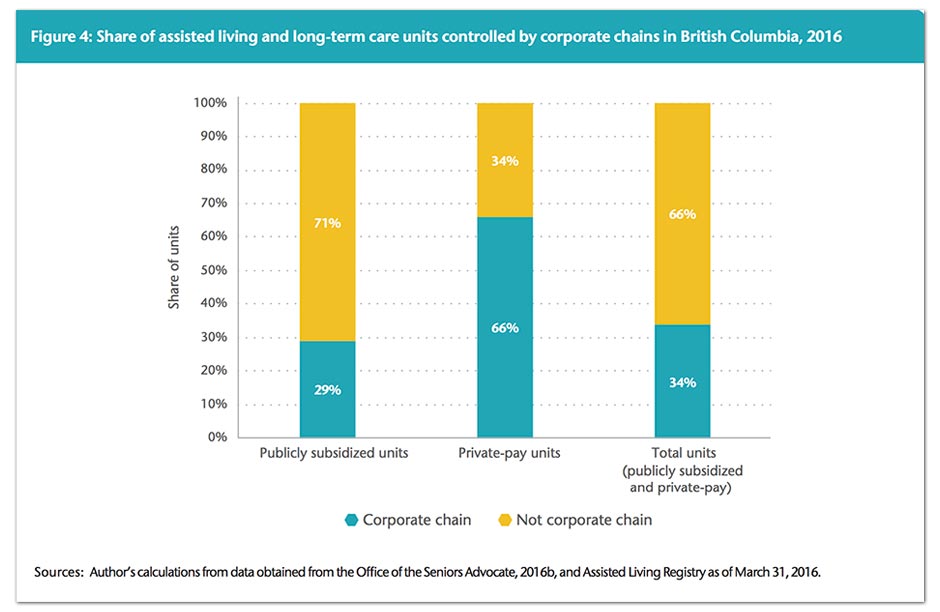 For a median-income senior living alone, a bachelor suite would cost more than 80% of their income.

The report notes the growth of private-pay units is worsened by corporate consolidation of retirement service providers who can easily squeeze out competition from non-profits and smaller companies.

That also means the province relies on private capital from global investors who introduce “high-risk business practices” into the sector and view retirement facilities as real estate assets rather than as essential public services:

“In 2016, corporate chains controlled 29% of publicly subsidized spaces and 66% of private-pay assisted living and long-term care spaces in BC. Although chains did not control the majority of total assisted living and long-term care units in 2016, they had a strong presence in BC, particularly in the private-pay segment of the seniors’ care sector.” 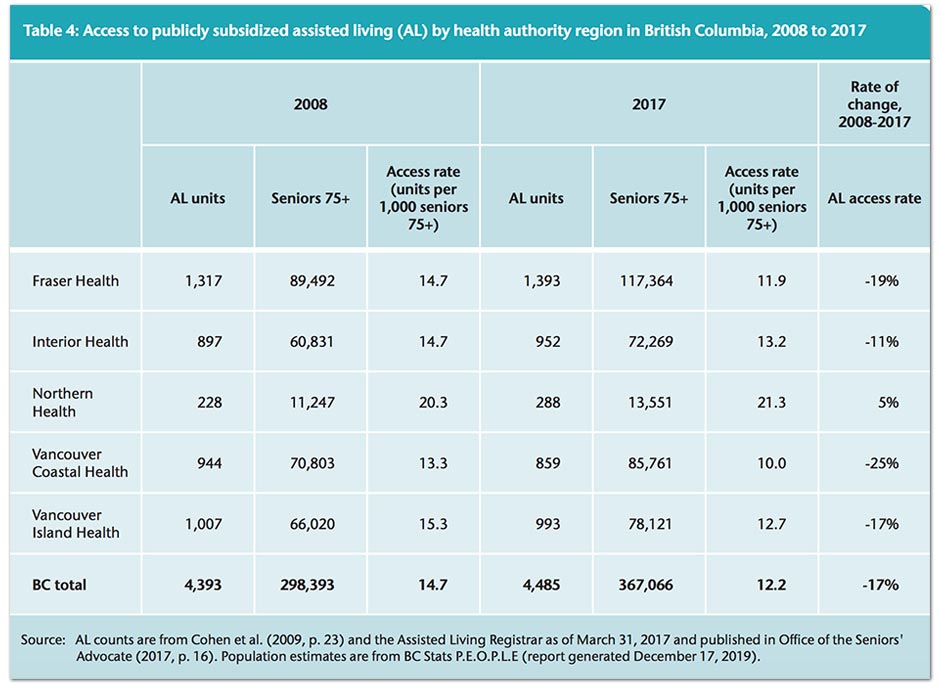 “There is certainly a need to increase accountability, transparency and public reporting in the seniors’ care system in BC,” Longhurst said. “But the overarching focus needs to be on building out the capacity of the non-profit and public sectors to deliver seniors’ care.”

The government’s health authority and hospital society spending is projected to increase 9.5% from $16.8 billion this year to $18.4 billion by 2022/23.

However, the union added that “HEU has been calling on government to develop a capital plan to expand the number of care homes operated by health authorities and non-profits.”