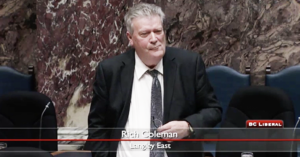 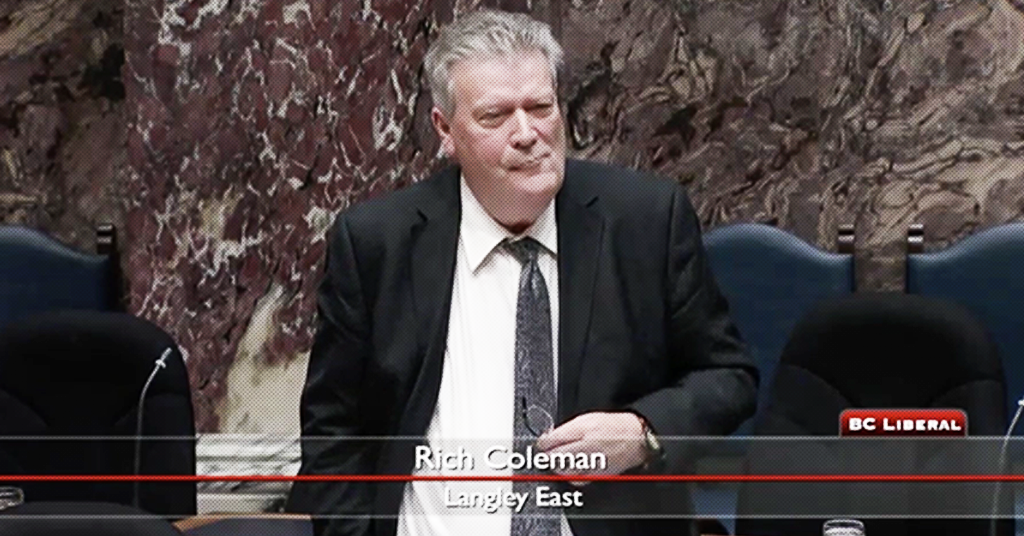 Coleman apologizes for his comments made on Holocaust Remembrance Day

BC Liberal MLA Rich Coleman compared a new law aimed at protecting British Columbia’s farmland from real estate developers to actions committed by governments against Jewish citizens in the 1940s.

Speaking in the BC legislature, Coleman claimed Bill 15, which allows only local, First Nations and provincial governments to appeal permit rejections for building real estate on farmland, treats farmers like “they’re no longer persons.” Coleman then compared the way farmers were being treated to “people whose rights were taken apart and away from them in the 1940s.”

This followed Coleman explicitly musing about the irony of the bill being discussed on Yom HaShoah —  which commemorates the murder of 6 million Jews by fascists. It is better known, in English, as “Holocaust Remembrance Day.”

“I apologize without reservation for drawing the parallel I did earlier today,” Coleman tweeted. “The Holocaust is a unique historical evil event that must be recognized in order to be remembered.”

The BC Liberal MLA’s comments prompted strong replies from other members during the debate in the legislature. BC NDP MLA Nicholas Simons said:

“I find that insulting. I have stronger words that I perhaps need to speak to the member before expressing them. I certainly hope he wasn’t drawing a comparison between the language that we’ve included in a bill to protect agricultural land with horrors of previous governments that eroded entire communities’ rights.”

According to the BC government, Bill 15 is designed to strengthen the Agricultural Land Commission, the body tasked with ensuring the province retains sufficient quantities of farmland for food production. Bill 15 is partnered with Bill 52, which limits the size of real estate built on Agricultural Land Reserves to 5,400 square feet (three times larger than the size of the average Canadian home).

Farming advocacy groups have described “mega-mansions” on BC’s farmlands as a threat the farming industry. A 2018 report by Kwantlen Polytechnic University professor Kent Mullinix also noted real estate speculation, in Surrey and Richmond especially, was shrinking the land supply available for farming. Mullinix suggested legislation aimed at “removing incentives for non-farm uses” of this land might help curb the trend.

“If it is our intent to increase the use of BC’s limited agricultural land for agriculture and food production, we must make farming more economically viable, eliminate competition for farmland from conflicting economic interests, prevent urban and industrial encroachment, remove incentives for non-farm uses, and halt speculative financial investment in farmland.”

Coleman did not reply to PressProgress’ request for comment.