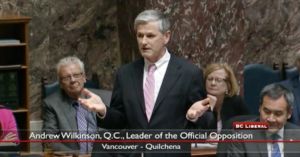 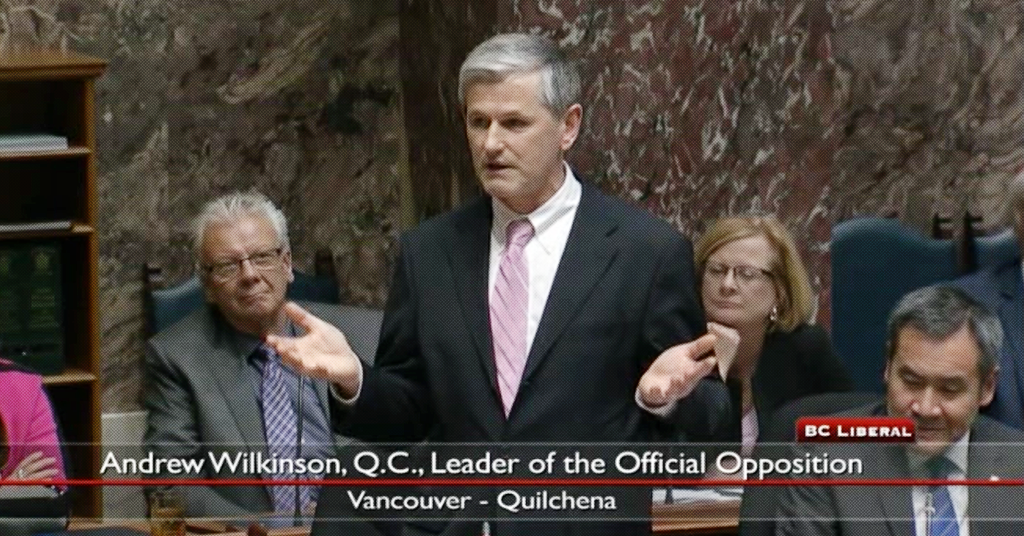 BC Liberal leader Andrew Wilkinson thinks the BC NDP government is spending too much time “pandering to renters” when it’s “landlords” who are really struggling.

In a speech to the BC Legislature Wednesday, Wilkinson suggested the government take a glass half-full “attitude” towards British Columbians who struggle to pay rent.

“I was a renter for 15 years,” Wilkinson said. “I lived in a dozen different rentals.”

“It was challenging at times, but it was fun,” he told the Legislature.

“It’s kind of a wacky time of life, but it can be really enjoyable. Being a renter is a fact of life. it’s a rite of passage.”

Wilkinson even offered himself as a success story.

“I crawled out of those tiny basement suites and into a place with some sunshine,” Wilkinson said, but added that he worries no one will “move up the ladder” if the government places caps on rents.

“Nowadays, it’ll be tough to find anything to move to because the landlords are not interested anymore.”

Although Wilkinson suggests there’s no need to “protect the renters” because renting apartments is just “part of growing up,” many British Columbians of all ages continue to struggle with sky-high costs of living.

In Vancouver, the average rent for a single-bedroom apartment is $2,100 per month.

A study by the Canadian Rental Housing Index found 21% of renters in BC spend 50% or more of their income on rent, meaning the province has the highest rate of rent poverty in Canada.

According to the most recently available data, about one-third of all households in British Columbia are renters, meaning it’s not just young people on the up and up who are feeling the pinch.

A big factor in driving up housing costs is the former BC Liberal government’s failed to take action on real estate speculation and money-laundering, which independent reports confirm contributed to skyrocketing housing costs in the province. Data suggests recent measures by the BC government have begun to cool the province’s housing market.

Despite this data, Wilkinson criticizes the government for capping rent increases.

“They’ve put all kinds of restricted caps on the behaviour of landlords around changing rents” and “long-term leases,” he complained.