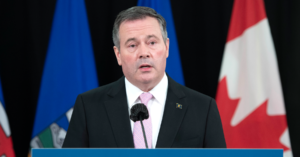 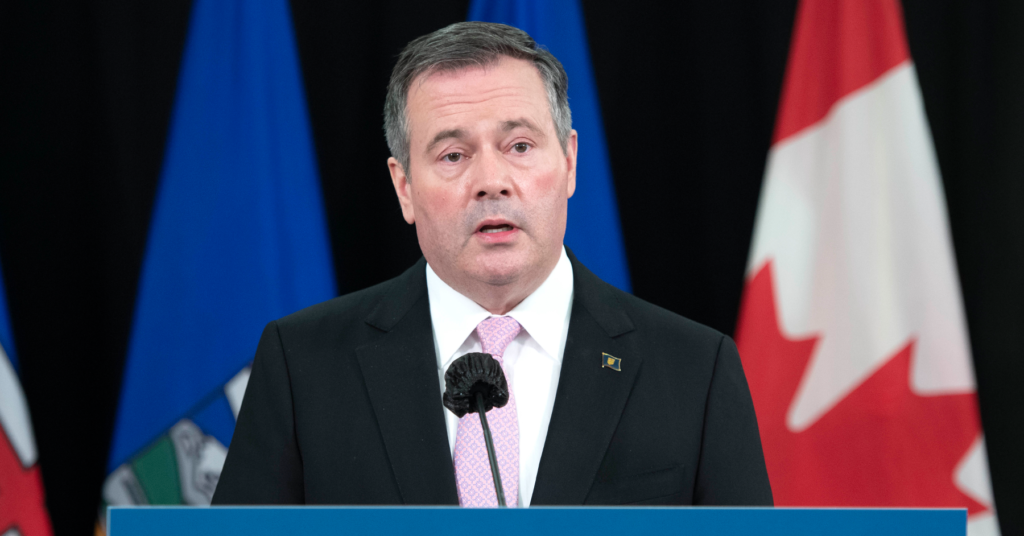 Anti-Abortion activists are celebrating a “big win” following Jason Kenney’s recent announcement allowing social conservatives in Alberta to opt-out of COVID-19 vaccines they claim are made from “aborted children.”

In Canada and the United States, anti-abortion groups have been sounding alarms about vaccines made with fetal cell lines. However, despite their claims to the contrary, those vaccines do not contain material sourced from abortions but were instead reproduced by scientists in laboratory settings.

The Vatican, for its part, has given its blessings to such COVID-19 vaccines.

The Wilberforce Project, previously known as Alberta Pro-Life, sent an email to its supporters last week providing an update on their ongoing campaign against any vaccines they falsely claim are made with “cell line from an aborted child.”

“Jason Kenney just announced that Albertans who have ethical concerns around the AstraZeneca vaccine (which used a cell line from an aborted child in its development) would be allowed to wait for the Moderna or the Pfizer vaccines, which do not have the same moral taint.”

The email calls on supporters to send a message thanking the Alberta Premier and UCP MLAs, “because you can bet that as the NDP, media, and academia ramp up their attacks on Kenney over this, their puppets will be sending in hundreds of emails to Kenney and his caucus.”

Earlier this month, Kenney said he supported letting Albertans opt-out of the AstraZeneca vaccine “partly to reflect their conscientious concerns that they may have on those ethical issues.” Experts said Kenney should be more focused on getting as many people vaccinated as quickly as possible.

The Wilberforce Project also circulated a detailed chart to its supporters indicating which COVID-19 vaccines are supportable or unsupportable based on whether or not they “use abortion-derived cell line” or were developed with “public funding.” 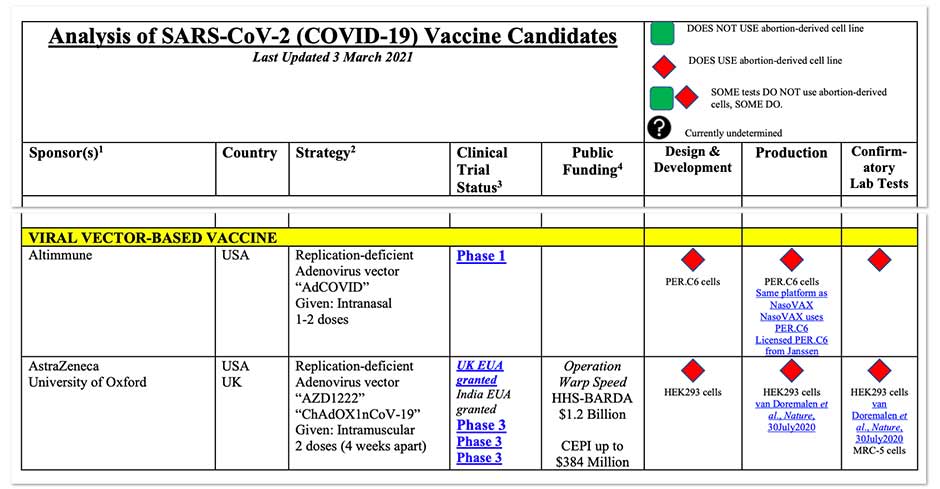 In a statement to PressProgress, Wilson praised Kenney for protecting Albertans from “moral anguish.”

“Moral anguish is real,” Wilson said. “The Wilberforce Project believes that it is cruel to compel people to face a choice between violating their conscience and receiving potentially life-saving healthcare.”

“We believe the recent statements from Jason Kenney about vaccine choice are a positive sign that our government takes protecting citizens from moral anguish seriously.”

Wilson did not respond to questions about whether he or his group communicated with any UCP MLAs about their concerns regarding vaccines.

The Wilberforce Project backed a number of nomination candidates with anti-abortion views for Kenney’s United Conservative Party in advance of the 2019 provincial election.

While it’s unclear exactly how many of their preferred candidates were subsequently elected, Wilson has publicly stated he’s “happy” with the election outcome and Kenney’s cabinet picks, including the Education Minister, Adriana LaGrange who was president of Red Deer Pro-Life.

“Adriana LaGrange is a pick we’re happy with,” Wilson told CBC News in 2019.

Social conservative opposition to the AstraZeneca vaccine partly motivated by how the vaccine is produced with the help of lab-grown fetal cell lines. Kenney stated in the announcement that his government “been clear with our health officials here that people must have a choice.”

However, other social conservatives are just against vaccines in general.

“There are several different ethical positions on how to engage with the vaccines,” the Wilberforce Project director acknowledges in a post-script to his email.

“Regardless of your position, Kenney’s stance on freedom of conscience is a decision worth acknowledging.”