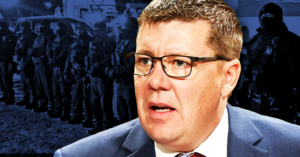 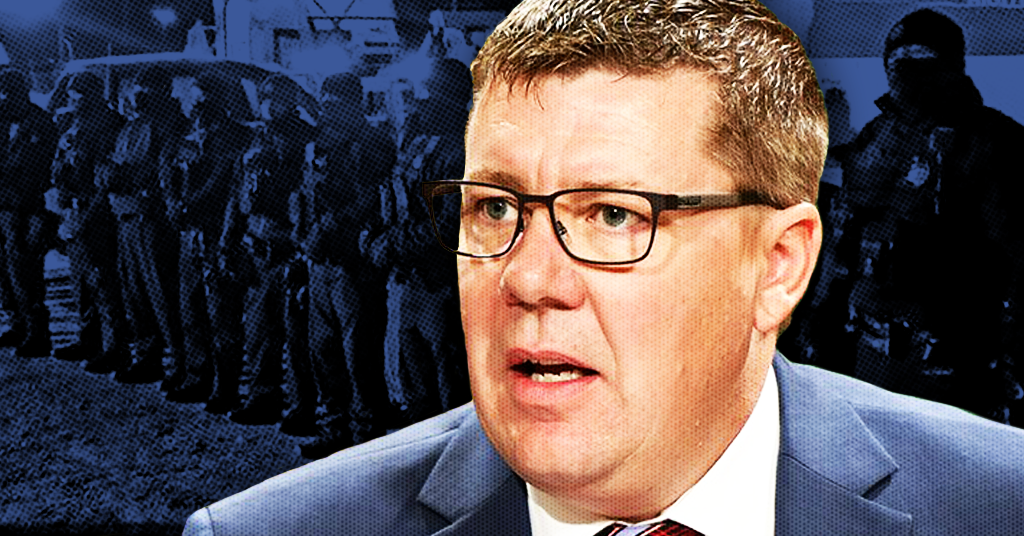 An Oil Company Was Angry Police Would Not Stop Picketing Workers. The CEO Claims Scott Moe’s People Offered to Help.

Saskatchewan’s government quietly assured an oil company that it would intervene if the company lost “confidence” in police responding to a labour dispute involving 750 picketing workers, according to a letter signed by the oil company’s CEO.

Regina Mayor Michael Fougere was also CC’d on the correspondence. 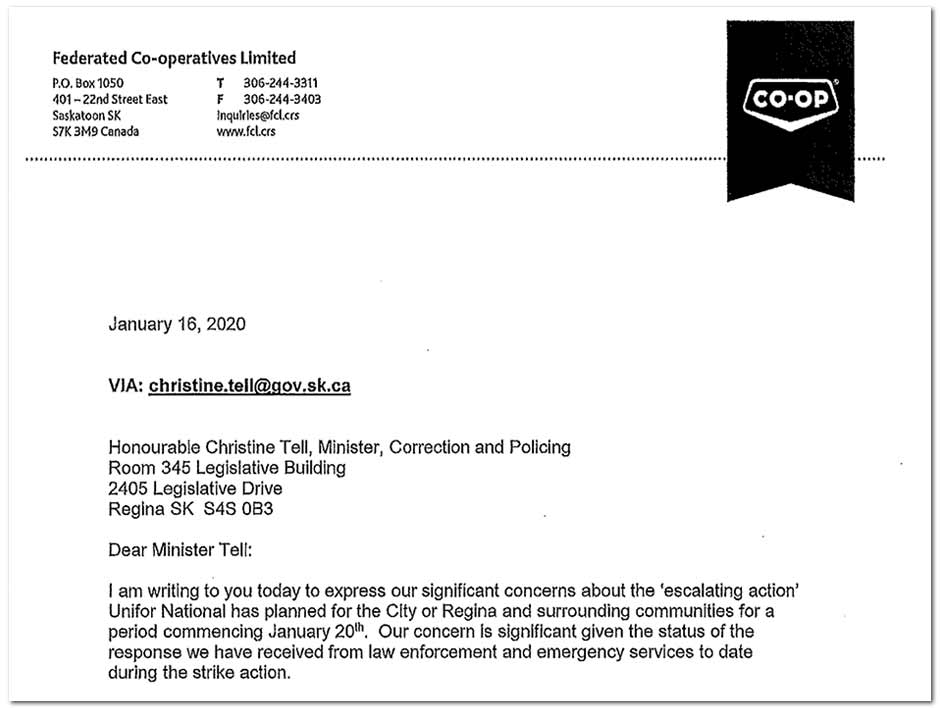 Dated January 16, 2020, the letter responded to an ongoing labour dispute at Regina’s Co-op Refinery, where workers had been locked-out by management over rollbacks to their pension and savings plan. The company also built an on-site scab camp and sought a court injunction to allow scab workers to cross the picket line.

Unifor local 594, which represented the locked-out workers, argued the scab camp and injunction violated their constitutional right to picket and tilted the scales in favour of management at the bargaining table. The workers established secondary pickets at Co-op retail stores and cardlocks, and asked members from across Canada to join the refinery picket line.

Banda’s letter expressed “significant concern” about the union’s “escalating action” and complained at length about “the response we have received from law enforcement and emergency services to date during the strike.”

“These illegal actions by Unifor were reported to (Regina Police) and we were advised that RPS will not intervene in these unlawful acts,” Banda complained.

“Your Ministry has encouraged us to continue our efforts to work with the RPS,” the Co-op CEO wrote. “We understand that Corrections and Policing will engage if confidence in the policing is in question.” 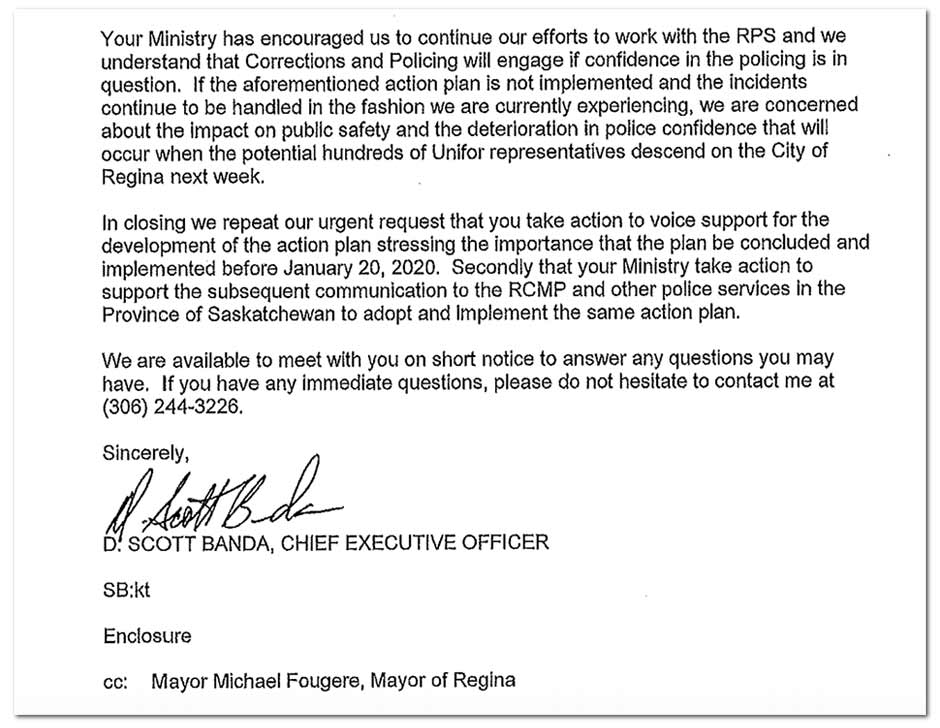 Neither Co-op nor Banda responded to requests from PressProgress to clarify what the oil company was told that led them to believe Scott Moe’s government would intervene and “engage” with police on the company’s behalf.

James Turk, Director of the Centre for Free Expression, said the correspondence raises serious questions about civil liberties and the independence of police.

“If the province was giving the employer the sense that the province was willing to come in and override its own municipal police forces or the RCMP or the fire services, that’s quite a worry,” Turk told PressProgress.

“Going at it hard nosed and literally enforcing an injunction that’s going to inflame the situation is not prudent policing.”

Turk said the letter suggests the CEO had prior “discussions with the minister — if not the premier — that led him to believe that they would come in and override the Regina police force if it acted in a way that the province wasn’t happy with.”

“I have no reason to think that he imagined that,” Turk added. “That’s a little bit frightening.”

Shortly after, Premier Scott Moe publicly called on police to take action against workers for “breaking the law.” Regina Police later issued a statement insisting that they are independent of politics.

“The ongoing labour dispute between Federated Co-op Limited and Unifor 594 is a civil matter between employer and employees,” the RPS said in its statement.

“For the effective functioning of a democracy, police must be independent of elected officials.”

The Regina Police Service did not respond to questions from PressProgress  about the letter suggesting Moe’s government would step in if police failed to take action against the locked-out oil workers. 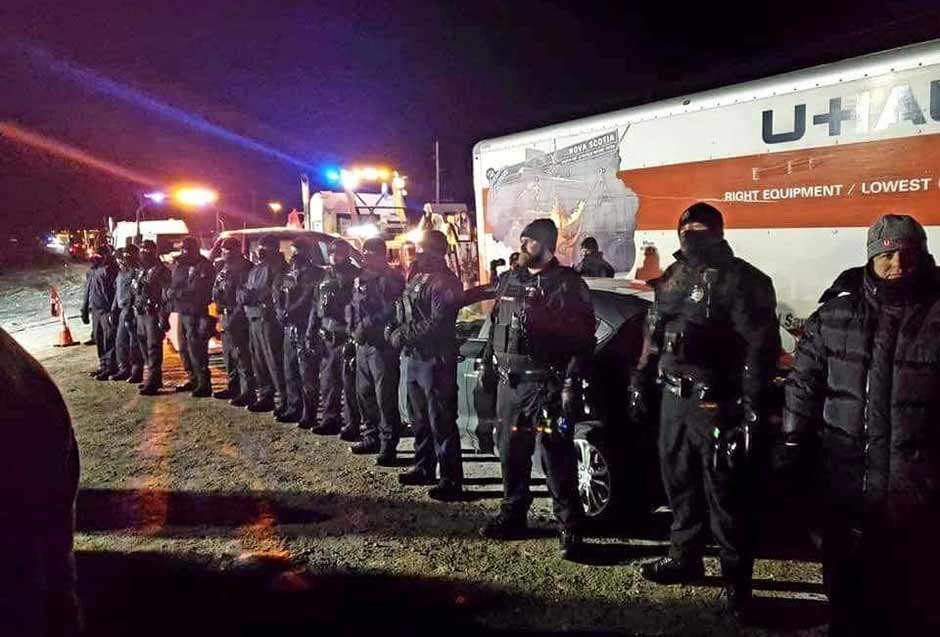 Sean Tucker, a University of Regina occupational health and safety researcher said the letter appears to show Co-op trying to “construct a scenario where the police will enter.”

Banda’s letter argued the picket line, including “fences, vehicles, garden sheds and pylons” had him “concerned about the impact on public safety.”

Tucker added that while Regina’s Fire Marshall cited Unifor for contravening regulation in the national fire code, the union readily developed a plan in case of emergency.

“Banda’s really stretching the truth there,” Tucker observed. “It’s a matter of public record that there was a gate open at the plant in response to concerns from the Regina Fire Service … To my understanding, that did make that site accessible to the needs of the fire service.

“If nothing else, this shows the government has a close relationship with Mr. Banda and clearly there were expectations from Mr. Banda that his correspondence would be taken into some of the highest echelons of the inner cabinet,” Smith told PressProgress. 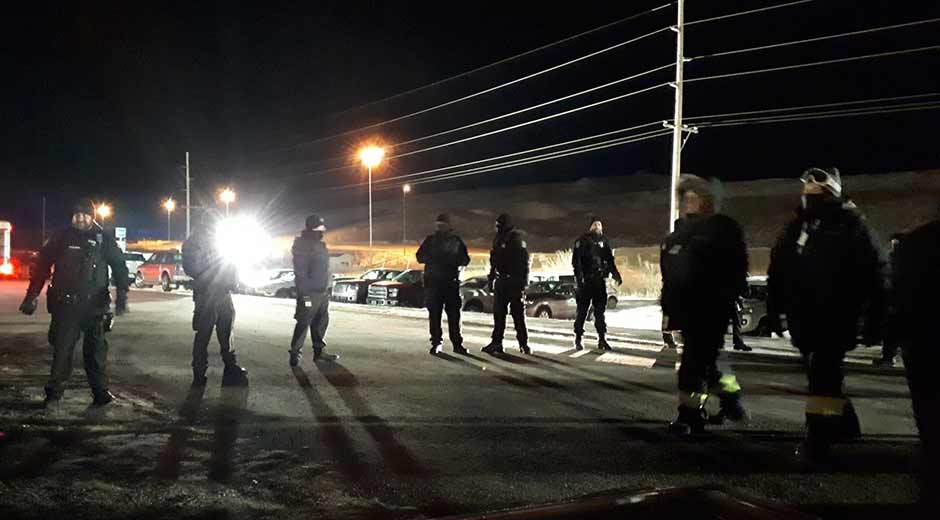 Unifor chief negotiator Scott Doherty said the perception that the Saskatchewan government was putting political pressure on police to crackdown on picketing workers on behalf of a big corporation is like “1930s stuff.”

“I’m 51 years old and have been in the labour movement for 26-27 years now, and never seen anything like that,” Doherty told PressProgress, adding that the “corporation is getting treatment that I’ve never seen in Canada in my life.”

“It clearly indicates that there were discussions happening on a high level on what needed to happen,” Doherty said of the letter, adding “our ability to protest and try and use what legally we’re supposed to be able to do to end a labour dispute was taken away from us.”

Kevin Bittman, the former president of Unifor 594, said Moe’s interventions in the labour dispute only “helped the company” and made a “mockery” of the process, which ended with oil workers being forced to give up more concessions.

“I don’t think there was any support for the workers,” Bittman told PressProgress. “Anything that they did was for the company.”

“We never heard from Scott Moe ever,” he added. “There was no Sask Party MLA that ever came near the picket line.”

“I think for the members, eyes were opened a little bit,” Bittman said. “Really, they’re out there for oil and gas companies, not so much the workers — especially if they belong to a union.”

Below is the full copy of Banda’s letter to Tell