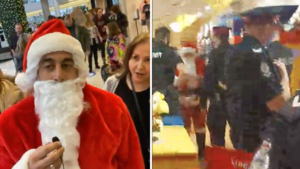 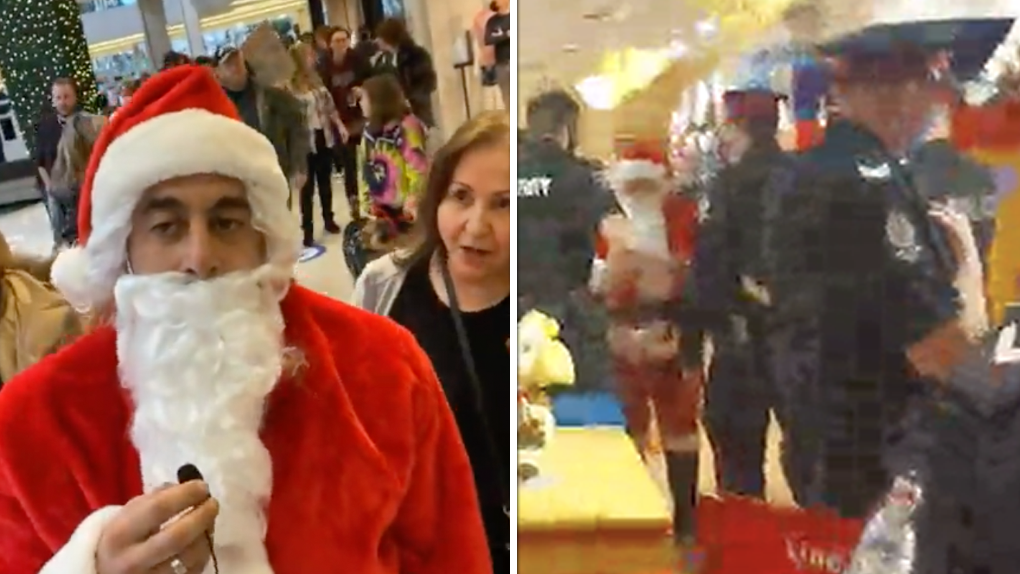 Police have arrested the organizers of a protest opposing public health measures that targeted a children’s teddy bear store inside the West Edmonton Mall.

Over the course of 20 minutes, the group is seen arguing with parents trying to flee the store with small children. One mother tells the anti-vaxxers they should be “ashamed” of themselves as she elbows her way through the unmasked crowd with her son.

Toy store employees are later seen pleading with protest organizers to stop blocking the entrance because they are “scaring the kids.”

Police and mall security would form a perimeter around the toy store, prompting the mob to taunt and jeer officers, likening them to the “SS” and suggesting they will be “hung” like senior Nazi officials following the Second World War.

Edmonton Police confirmed to PressProgress that they arrested Chris Saccoccia, his spouse Jennifer Saccoccia and a third organizer, Zeeshan Ahmed, in relation to a court injunction banning them from the West Edmonton Mall.

Last month, Saccoccia was banned from the West Edmonton Mall after ignoring COVID protocols — video shows Sky was tackled by mall security after repeatedly refusing to leave the premises.

Saccoccia was also “wanted on several outstanding warrants including uttering threats and public mischief,” an Edmonton Police spokesperson told PressProgress. “All three individuals will remain remanded in custody until they speak to the charges in Alberta Court of Queens Bench Monday morning.”

The COVID conspiracy influencer has already been arrested on numerous occasions over the last year. In May, Saccoccia was charged for assaulting a Toronto police officer and uttering threats. Court documents later alleged Sky threatened to assassinate Ontario Premier Doug Ford. 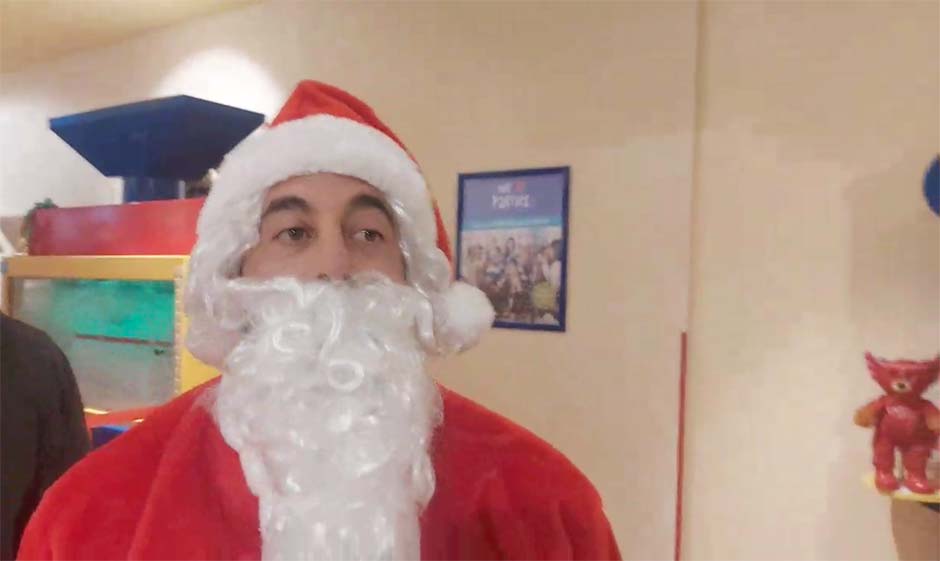 Since getting banned from the West Edmonton Mall in November, Saccoccia had been using his social media accounts to encourage supporters to join him at the mall for a protest scheduled for one of the busiest holiday shopping days of the year.

In one video originally posted on TikTok, Saccoccia called on his supporters across Canada to move “the protests into the mall” and threatened to “immobilize” mall security if they tried to stop him:

“Starting on December fourth, and we’re going to do this Canada-wide, but it’s going to be based out of the West Edmonton Mall, the biggest mall in the world, the busiest Saturdays of the year, December 4, December 11, December 18, we’re moving the protests into the mall … If any of their security get out of hand, and even go like this to somebody, we are going to immobilize them, zip-tie them and leave them hog-tied on the floor for their so-called superiors to come and collect when we finish our holiday shopping mask-free, fear-free and restriction free.”

The group’s livestream of Saccoccia wandering the mall dressed as Santa Claus and getting arrested in a toy store was viewed by over 92,000 people on Facebook.

The same group is also helping to organize anti-vaccine protests at vaccination clinics around Edmonton, encouraging its supporters to confront parents about the “potential consequences of their decisions” as they take their kids to get vaccinated.

Elizabeth Simons, Deputy Director of the Canadian Anti-Hate Network, said the incident at the West Edmonton Mall points to the role of “spectacle and content creation” in fuelling COVID-19 extremism.

“The COVID conspiracy movement has spawned what seems like innumerable content creators, all vying for supporters and influence,” Simons told PressProgress.

“One common tactic is to brigade events, large public or private spaces, or education institutions like school boards or schools and livestream their opposition to health mandates,” Simons explained, noting “previously in Alberta, we’ve seen other mall mobs.”

Neither the West Edmonton Mall nor the Office of Edmonton Mayor Amarjeet Sohi responded to questions from PressProgress about whether they planned to take steps to prevent anti-vaccine mobs from overwhelming security in the future.

Chris Saccoccia could not be reached by PressProgress for comment since he was in jail at the time of publication.