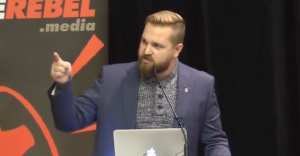 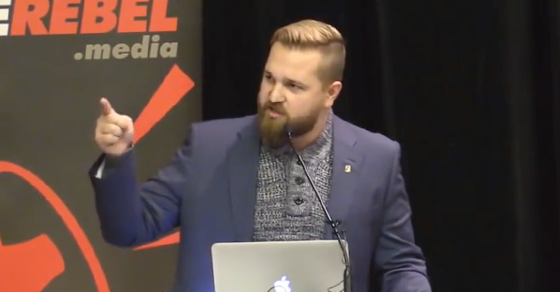 Derek Fildebrandt's proposals would create barriers to unionizing and starve unions of funds – other proposals are likely unconstitutional.

Alberta’s new United Conservative Party is barely two weeks old, but we’re already getting a sense of which side of the bread their butter’s on.

Derek Fildebrandt, former finance critic for the defunct Wildrose Party and a likely UCP leadership contender, has released a set of radical, right-wing policy proposals that would overhaul the province’s labour laws and dramatically shift power from workers to big businesses.

The policies themselves are like a buffet sampling of all the worst anti-worker legislation tabled over the last few decades, offering proposals that would create barriers to unionizing and starve unions of funds – other proposals are likely unconstitutional.

SCC has ruled on freedom of association with respect to unions #ableg pic.twitter.com/XUCfojL1Rc

For starters, the rookie United Conservative MLA wants to turn the Province of Alberta into an American-style right-to-work state by stripping unions of their right to collect dues and make membership voluntary.

Good luck with that proposal, a Supreme Court justice said otherwise 70 years ago.

Here’s how the Globe and Mail’s editorial board explained it when defeated PC leader Tim Hudak tried the same thing in Ontario a couple years ago:

“As set out by Supreme Court Justice Ivan Rand in 1946, the formula says that in a unionized workplace, employees are free to join or not join the union – but either way, they must pay union dues. That’s because every worker in a union shop, member or no, benefits from efforts made by the union in contract negotiations. The formula is meant to prevent anyone from getting a free ride.

Making union dues optional in unionized workplaces would have been disastrous for organized labour – surely part of the Conservatives’ goal.”

Besides, during former Premier Ralph Klein’s time in office, Alberta actually looked at right-to-work legislation and concluded there was “no evidence of economic advantage to such legislation.”

Fildebrandt is also trying to bring the Harper Conservatives’ controversial Bill C-377 to Alberta, a likely unconstitutional law forcing labour unions to make disclosures that would undermine collective bargaining by giving employers access to sensitive information about the internal operations of unions and violate the privacy of individual workers.

And apparently it’s not good enough for workers to unionize on the basis of getting over half of all employees in a workplace to sign legally-binding union cards. Fildebrandt would create an additional barrier to unionizing workplaces by forcing workers to go through the process again with a secret vote too – something that buys employers time to “intimidate and coerce employees” to think-twice and change their minds.

Last year, Labour Minister MaryAnn Mihychuk revealed the Harper Government produced a report in 2013 that found moving away from card-check certification had “reduced unionization.” If every province in Canada had card-checks in place, the report concluded that “business sector density would have been substantially higher.” And Fildebrandt, who alleges he’s a “libertarian,” also wants to restrict workers from forming picket lines that “obstruct access to property.”

It’s also not clear what problem Fildebrandt is trying to solve – the courts have already ruled picketers can’t block access to property outright, but they are allowed to bring “economic pressure” on employers by delaying access.

The Supreme Court has recognized picketing as a constitutionally protected activity, recognizing picketing as a matter of “freedom of expression,” while other courts have noted:

“The public interest is served by permitting union members to bring economic pressure to bear upon their respective employers through peaceful picketing.”