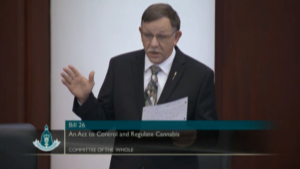 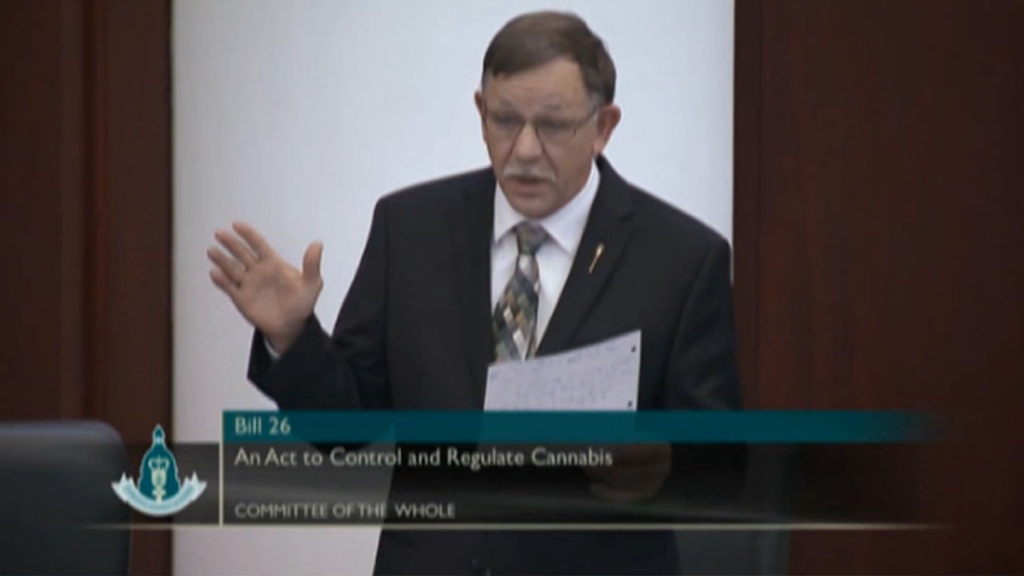 Alberta Conservative MLA: Legalizing Marijuana Could Lead to a Communist Revolution in Canada

Alberta Conservative MLA Ron Orr is worried that legalizing marijuana could send Canada down a slippery slope into communism.

Standing in the Alberta legislature Wednesday to denounce the legalization of cannabis, the culture and tourism critic for Jason Kenney’s United Conservative Party said “smoking marijuana” has become a “fashionable, refined pastime amongst the young.”

And the Alberta lawmaker warned the “human, social cost of this is going to be astronomical,” but “nobody’s taken a moment to think about it.”

UCP MLA Ron Orr just suggested that there will be a communist revolution in Canada because of the legalization of cannabis. Some days… #ableg #cdnpoli

Orr, apparently, has thought about the recreational use of marijuana and he sees a “direct historical connection” with the use of opium in “seventeenth century China,” observing opium “was just a flower, and it was smoked, just like marijuana was smoked.”

As Orr went on to argue, the “historical parallels” should be cause for alarm when thinking about legalizing marijuana, because the opium trade led to “a number of serious wars” and set the stage for “the Chinese Cultural Revolution under the communists,” a road he says he’s “not really willing to go down”:

“Their whole society was so broken down and debilitated by it that it contributed to the Chinese Cultural Revolution under the communists, the execution of thousands of people, dealers were executed, fields were plowed under and planted with real food and I, for one, am not really willing to go down this road. The human tragedy of what’s going to happen with this has yet to be revealed. Yes, opium smoking, like marijuana, was a fashionable refined pastime especially among the young – but I’ll tell you something, it doesn’t lead to the good life. It’s an escape.”