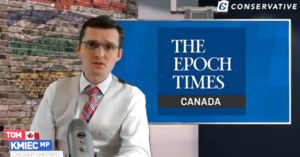 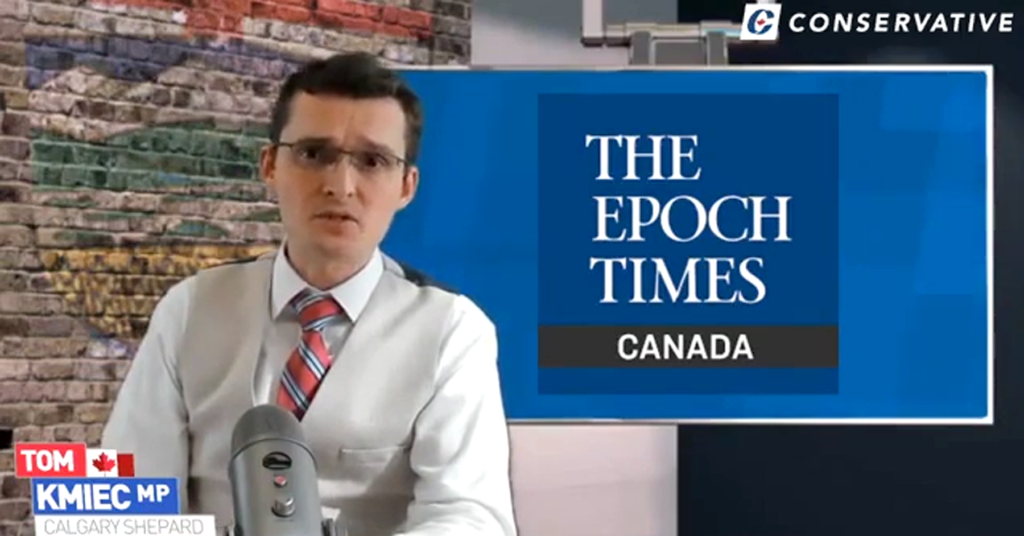 This article is more than 10 months old
New

Eight federal Conservative candidates in Alberta have placed advertisements in a media outlet despite widely reported concerns that the outlet spreads conspiracy theories about COVID-19.

The Epoch Times is a controversial media outlet that is affiliated with Falun Gong, a spiritual movement that is often outspoken in criticizing the Chinese government. On its website, the outlet describes its editorial mission as “uncovering the evils of communism.”

In total, Conservative candidates gave $1,574 since last year to the Epoch Times.

The Epoch Times has repeatedly made headlines in Canada and around the world in recent years in connection to false information it has published about the pandemic, as well as its glowing coverage of former US President Donald Trump.

A New York Times investigation described the Epoch Times as a “global-scale misinformation machine that has repeatedly pushed fringe narratives into the mainstream,” including the the Spygate and QAnon conspiracy theories, relying on “aggressive Facebook tactics and right-wing misinformation.”

“There’s simply no evidence that saying or feeling bad things about the government of China can help you recover from the virus,” ABC noted in response to the Epoch Times’ claims that renouncing communism could cure COVID-19.

Last year, Facebook slapped a warning label on a documentary produced by the Epoch Times that attempted to link COVID-19 to protests in Hong Kong after independent fact-checkers determined the claims were false.

Facebook later banned the Epoch Times from advertising on its platform after spending millions of dollars on pro-Trump ads that skirted Facebook’s political transparency rules.

In Canada, the Epoch Times made headlines last year after it made unsolicited deliveries of a special edition of the paper to “specific neighbourhoods” across Canada.

The newspaper delivered to Canadian homes promoted a conspiracy that COVID-19 was a biological super weapon developed by China and should be referred to as the “CCP virus.”

The Epoch Times delivery prompted complaints from recipients across Canada who took issue with the paper’s content. Two Canada Post couriers in Saskatchewan refused to deliver the Epoch Times’ special edition, citing concerns the paper spread conspiracies and stirred up racism and xenophobia against Chinese people.

None of the eight Alberta Conservative candidates who gave public money to the Epoch Times for advertising returned PressProgress’ request for comment.

A number of candidates associated with the party’s social conservative wing count themselves among the Epoch Times’ top Conservative advertisers:

All eight candidates paid for the Epoch Times advertising in February 2021, while Cooper paid for additional monthly ads from April to August 2020.

In a virtual “town hall” posted on YouTube last year, Conservative candidate Tom Kmiec defended the Epoch Times after a constituent described the unsolicited newspaper as “hate mail” that “discriminates against the Chinese community.”

“I’ve been to many of their events, I read the Epoch Times, by no stretch of the imagination is it a racist paper.”

“I’ve hosted on Parliament Hill the screening of videos of documentaries of the persecution of the (Falun Gong),” Kmiec notes. “So Epoch will cover that news. Epoch provides that information that a lot of people are looking for.

In the last week, Conservative leader Erin O’Toole removed one candidate in the Yukon over statements opposing public health guidelines while another candidate in Alberta abruptly announced they would not seek reelection after calling the government’s pandemic response “tyrannical.”