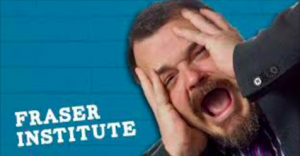 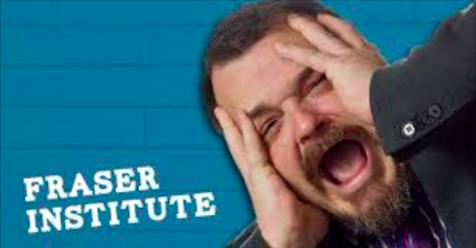 Yup, the Toronto Sun is Boosting the Fraser Institute’s Bogus Tax Calculations On Its Front Page

On its Thursday front page, the Toronto Sun makes the provocative claim that Canadians give 42.5% of their incomes to government, up “a whopping 2006%” since 1961:

THURSDAY FRONT: Fraser Institute’s index on how much taxes Canadians are paying via @suntooz: https://t.co/S3OSAj8enG pic.twitter.com/RxqXWTtaWQ

The source for this claim? A repeatedly and conclusively debunked study from the right wing Fraser Institute.

Since the Sun’s article includes only a throwaway reference to a 2010 CCPA study (with no actual link) as a counterpoint here, in brief, are just a few things to know about the claims it makes:

1) No, ordinary Canadians do not pay nearly half their incomes in taxes

The Fraser Institute’s 2017 “Canadian Consumer Tax Index”, published today and cited by the Sun, uses calculations from its own “Tax Freedom Day” report to estimate the tax bill paid by “the average family.”

This gives the impression that ordinary Canadians pay far more in taxes than they actually do.

In news that should surprise no one, the math used by Fraser to generate its numbers is extremely fuzzy, suffering from two pretty blatant problems that don’t pass even a basic smell test:

• The “average family” earns a lot more than what most Canadians actually earn, because the average isn’t the same as the median. A typical family earns less than Fraser claims – in 2013, for example, Statistics Canada reported the median Canadian family as $76,550 – and therefore pays less in tax.

• Fraser also exaggerates the taxes Canadians pay by lumping all kinds of things into “the average family’s tax bill” that don’t belong there, including corporate taxes and royalties paid by oil and gas companies.

A June report by Richard Shillington and Robin Shaban found that the average tax rate is a little over half what the Fraser Institute claims.

In fact, while Fraser claims average Canadian families pay over 40% of their incomes in tax, the report shows typical Canadians pay a rate of only 14%.

And, if you look at tax revenue as a percentage of GDP, Canadians pay well below the average for the industrialized world: And while taxes have risen somewhat since the 1960s, as a share of GDP they’ve actually fallen in recent years and are currently lower than they were throughout most of the 1980s and 90s (so much for 2006%!). While it’s categorically untrue that Canadians pay nearly 43% of their incomes in taxes, the taxes they do pay go to fund valuable goods and services everyone needs and which few of us could afford on our own.

Think of all the big, public programs such as pensions and healthcare that didn’t exist in the early 1960s (where Fraser’s numbers begin).

Or consider all of the smaller things taxes pay for in our daily lives that make our towns, cities, and communities safer, cleaner, and more liveable.

This graphic put together several years ago by The Grid puts this into perspective nicely (click here for the full-size image):