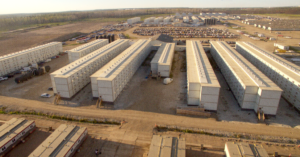 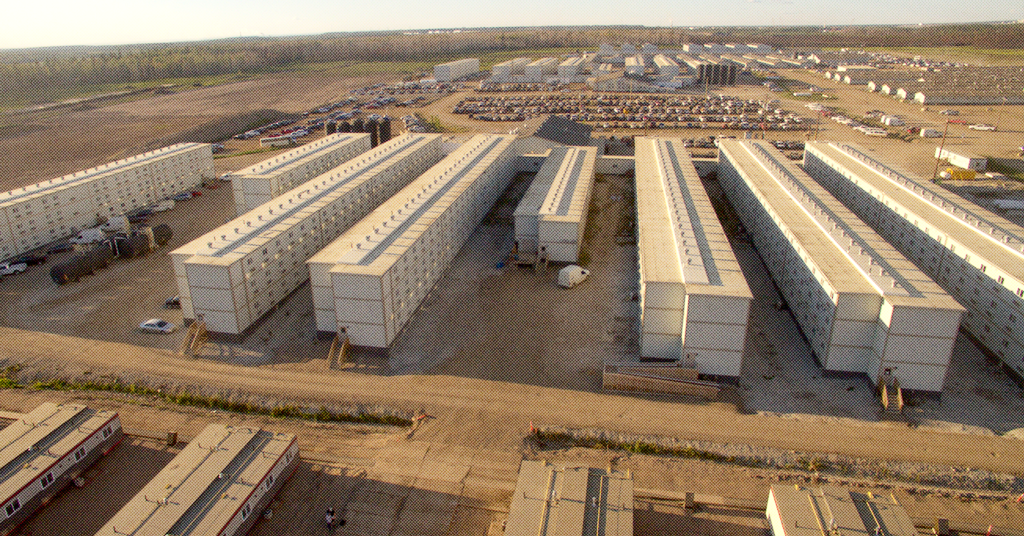 Oil field workers have been issued notices that they may have recently been exposed to COVID-19 while bunking in a work camp in northern Alberta.

“Please be advised that we have been informed of a presumptive positive case of COVID-19 (coronavirus) for an individual who has recently been present at Borealis Lodge,” reads a copy of the notice obtained by PressProgress. The notice is titled: “Notification of possible COVID-19 exposure.”

The notice tells workers they are not suggesting every worker at the camp has “come into contact with, or been exposed to, the virus,” but asks workers to take “immediate action” to “protect your health and the well-being of those in your immediate surroundings.” 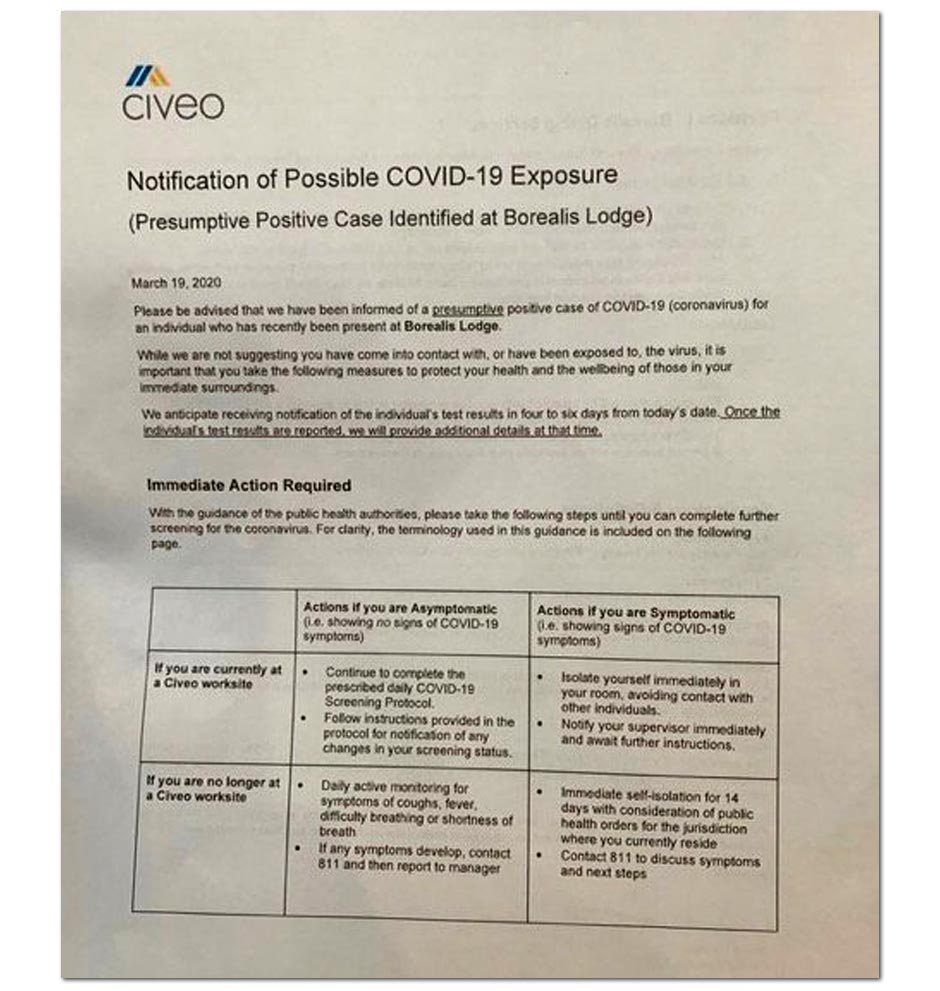 The notification offers questionable advice to workers still up at the work camp, depending on whether they are “symptomatic” or “asymptomatic.”

If workers at the camp are showing symptoms, Civeo advises them to “isolate yourself in your room, avoiding contact with other individuals” and “await further instructions” from their supervisors.

Asymptomatic workers, however, are asked to carry on as usual but monitor their health using a “prescribed daily COVID-19 screening protocol.”

That advice seemingly contradicts instructions from public health authorities who ask anyone who was possibly exposed to COVID-19 to immediately self-isolate since it is believed the virus is spread by people who show no symptoms whatsoever. 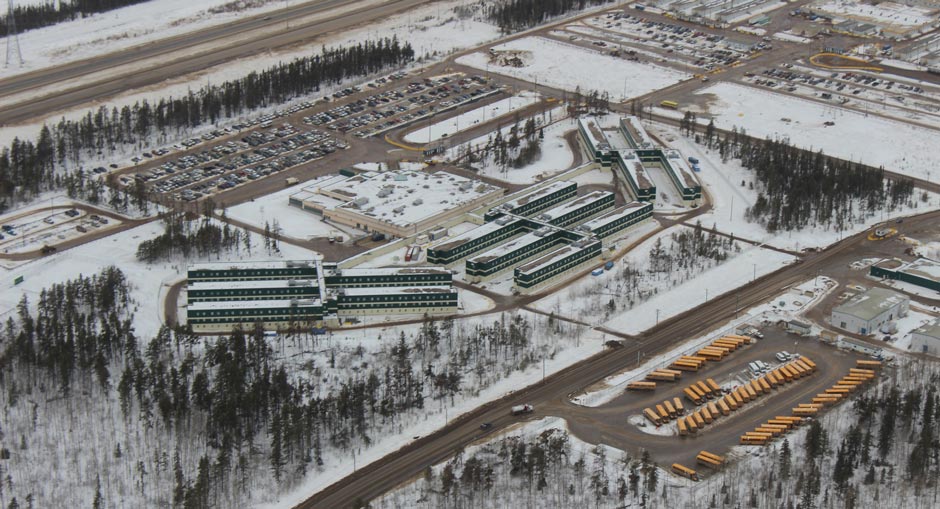 Civeo, which is based in Houston, Texas, did not respond to multiple requests for comment from PressProgress about the notice. (Following publication of this story, the company told  Reuters they sent the letter after a worker was hospitalized).

Officials with one of the unions that represents workers at the Suncor base plant confirmed the authenticity of the notification letter to PressProgress. They said the letter had been issued to all camp residents.

An outbreak at a work camp could present unique sets of challenges since many workers live in dormitory-style living quarters and share communal spaces for eating. Many workers also use shared bathrooms.

Civeo recently issued a statement on its website listing various efforts it was taking to beef up sanitation at its work camps in Canada, Australia and the United States. 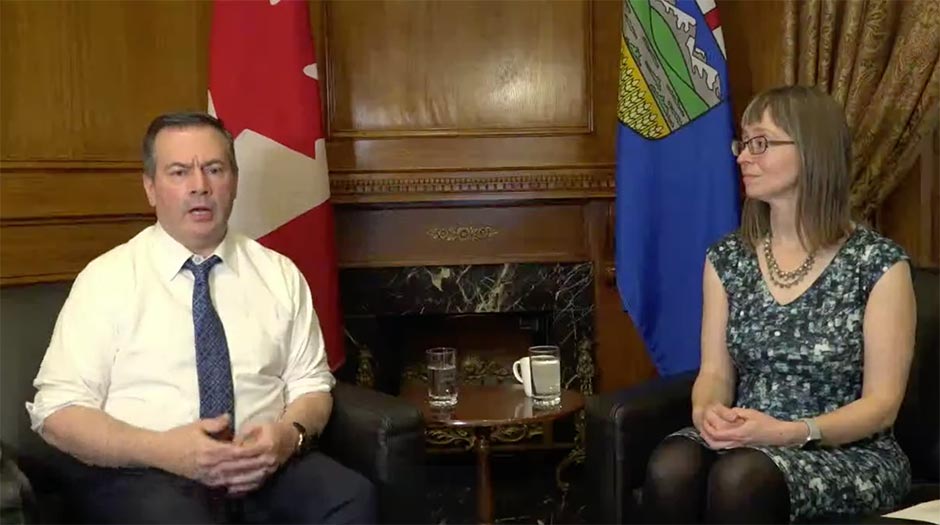 “We’ve reached out to the oil sands producers, for example, and the camp operators to offer extra information and particular help and a real focus on safety on those sites.” Kenney said.

“We need the economy to continue to function,” he added.” Obviously, if you were to have a particular work site where there was an infection, then the healthcare system, the AHS, would identify that person trace who they were in contact with but try to allow that work site to continue safely.”

Dr. Deena Hinshaw, Alberta’s Chief Medical Officer, told Kenney “the consequences of having spread within a closed environment is significant for businesses.”

“One of the requirements is that anyone who has been in close contact does need to isolate,” Hinshaw reiterated.

Ultimately, it is a “business decision about whether or not they need to shut down a particular part of their operation simply because there are so many of their employees in that environment who have been close contacts,” she said.

Update (March 20): This story was updated to note a statement Civeo gave to Reuters confirming they sent the notification letter and that the worker had been hospitalized.