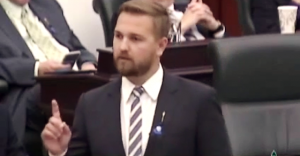 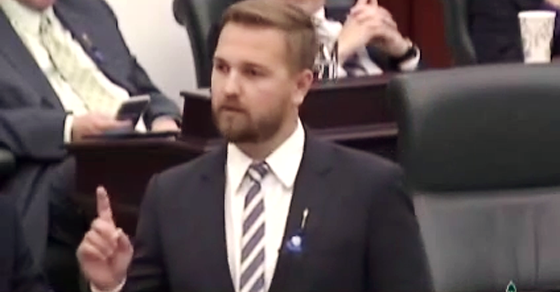 "I find these debates stale."

Wildrose Finance Critic Derek Fildebrandt doesn’t seem to have a lot of time for “social issues.”

As Alberta schools prepare to implement new LGBTQ guidelines in accordance with Bill 10, passed last year by the previous PC government with support from all parties, Fildebrandt tweeted Tuesday morning that he finds “social issues” a touch too “stale” for his tastes.

Responding to a question about where Wildrose stands on the issue, Fildebrandt tweeted that they’re “important issues,” but “in all honesty, social issues just didn’t rank in the top 100 reasons I ran.”

“I find these debates stale.”

@mikesbloggity Important issues, but in all honesty, social issues just didnt rank in the top 100 reasons I ran. I find these debates stale.

Never imagined that WRP #ableg Opposition would ever say that human rights & social issues are stale & not priority. pic.twitter.com/w1oZWYv4CD

As did Alberta NDP MLAs Karen McPherson and Michael Connolly:

@Dfildebrandt If that’s because you believe the issue to be resolved, it’s not. LGBTQ youth are entitled to human rights @mikesbloggity

Reaction to Fildebrandt’s comments even managed to transcend party lines.

Here’s what Progressive Conservative MLAs Richard Starke and Sandra Jansen had to add:

“Social issues” encompass & affect a great deal of what we do. That you don’t get this, is mind-boggling ! #ableg https://t.co/IGxKOR64ao

.@Dfildebrandt Sorry you find the debate for LGTBQ rights “stale.” Do these facts make it more exciting for you? pic.twitter.com/P3s0MiA5g9

I challenge @DFildebrandt to come to @PrideCalgary this September & tell everyone equal LGBTQ rights aren’t in his top100 priorities. #AbLeg

Wow. No social issues at all in the top 100? Not homelessness, or unemployment, or senior care? https://t.co/E4RaVjhcvN