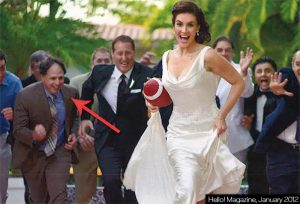 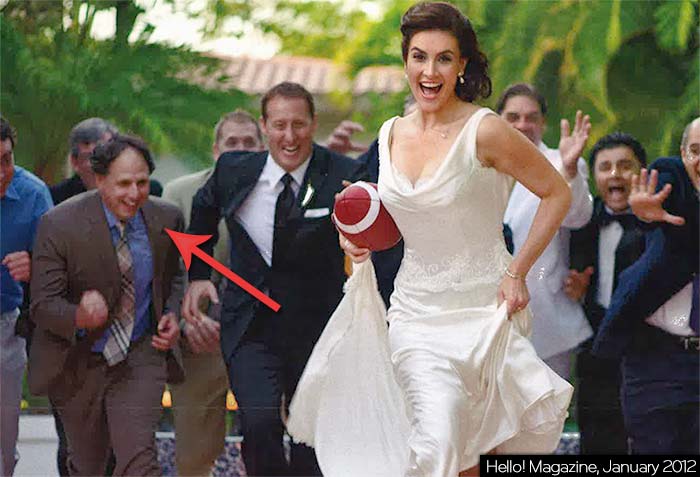 Why are Peter MacKay’s friends, wedding guests and donors getting appointed as judges?

It looks like several judges appointed during Peter MacKay’s time as Canada’s Justice Minister happen to have close ties to MacKay (Dal Law ’91) and the Conservative Party of Canada.

Just how close? One appointee was a special guest at MacKay’s wedding.

Married in Los Cabos at a resort known as an “exclusive hideaway for stars of screen, lauded authors, and the global jet-set,” MacKay described his January 2012 wedding as a “private ceremony surrounded by family and loved ones.”

The following year, Arnold, a high-profile Halifax attorney who once served as the defence in the Rehtaeh Parsons trial, was tapped by MacKay in October 2013 to sit on the bench of the Nova Scotia Supreme Court. But perhaps his profile was never higher than when Hello! magazine published MacKay’s wedding photos in 2012: And sure enough, Cormier got called up by MacKay in 2014 to join the Nova Scotia Supreme Court too.

But don’t think this friendship is one-sided – Elections Canada records show Arnold has been there for MacKay’s Central Nova Conservative Riding Association when it mattered most:

Scanlan’s promotion came after he was temporarily removed from the bench following complaints that he had accompanied his then-girlfriend to lay complaints with the RCMP against the woman’s ex-husband in 2007. A Canadian Judicial Council panel “expressed concern” and warned him to avoid situations that look like “an attempt by a judge to use the prestige of judicial office to influence officials or seek a certain outcome.”

So who else was appointed that fateful day back in October 2013? James Chipman.

Chipman, the former President of the Halifax West Conservative Association and a MacKay classmate (Dal Law ’91), was also a reliable writer of cheques to MacKay’s Central Nova riding association:

It must have felt like a class reunion when, just last week, Chipman was joined by Jeffrey Hunt (Dal Law ’91), formerly the Executive Vice President of the Progressive Conservative Party of Nova Scotia. So fresh is Hunt’s appointment, the Nova Scotia PC Party hasn’t even gotten around to taking his name off its website yet:

Hunt, as it turns out, was also a friend of the Conservative Party of Canada:

And appointed alongside Arnold, Scanlan and Chipman in 2012 was Robin Gogan (Dal Law ’94).

Gogan’s Department of Justice bio indicates she was a member of various legal societies and associations, including the Canadian Petroleum Law Foundation, which seeks to “improve the law relating to or affecting every phase of the petroleum and natural gas industry.” Not mentioned was her interest in political causes:

Her husband, James R. Gogan (Dal Law ’92), a Sydney-based lawyer and not a judge (at least not yet), is the son of James W. Gogan, a member of Pictou’s business “elite” and advisor to the right-wing Atlantic Institute for Market Studies think tank.

But how true is this bosom friendship?

During a 2011 photo-op at a Cape Breton fudge shop, a photograph appeared in the local newspaper of Prime Minister Stephen Harper serving fudge to their three sons.

But is the government concerned about this pattern?

On Wednesday, in response to a query from the Globe and Mail about a new controversy surrounding one of MacKay’s newly tapped Ontario judges, MacKay’s office sought to assure the public that there is nothing wrong with the process for selecting judges.

“There is a great deal of research that goes into the individual candidate search and the Judicial Advisory Committee has a wealth of knowledge that it draws upon when reviewing and submitting names for nomination,” a spokesperson told the Globe, adding judges are selected “based on the principles of merit and legal excellence.”

So who’s going to catch the judicial appointment bouquet next?

UPDATE #1: The CBC wrote a story about this PressProgress report and asked MacKay’s office about the judicial appointments. A MacKay spokesperson said: “In the case of lawyers applying to be judges, committees assess them, provide comments, and also recommend them or not for appointment. The minister of justice only appoints those recommended by such committees.”

UPDATE #2: Responding to questions about MacKay’s judicial appointments during Question Period on Monday Feb. 16th, Parliamentary Secretary to the Minister of Justice Bob Dechert rejected NDP Justice Critic François Boivin’s characterization of the appointments as “patronage” that “undermines the credibility of justice.” Dechert stated they “eminently qualified individuals” who were “vetted by the judicial advisory council.” It’s “upon their recommendations that all appointments are made,” he added.