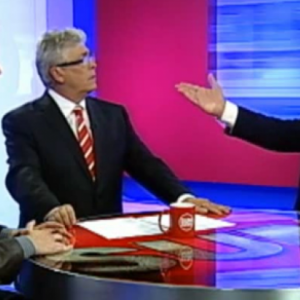 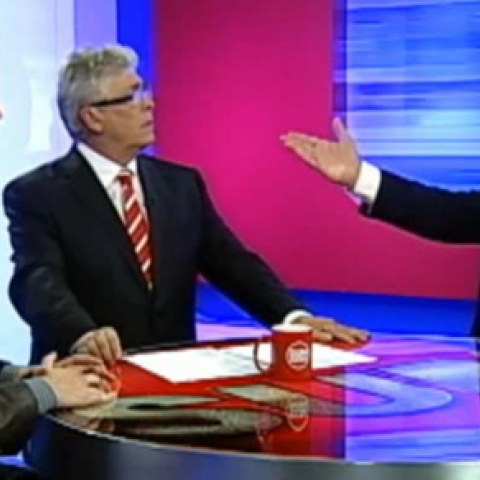 So Sun TV recently decided to convene a panel to debate whether or not “white privilege” exists. Four participants in the debate were white. One participant was not white. What could possibly go wrong — on Sun TV? Watch:     Set aside the fact that the Sun TV panel is a great definition of tone deaf. The back story […]

So Sun TV recently decided to convene a panel to debate whether or not “white privilege” exists.

Four participants in the debate were white. One participant was not white.

What could possibly go wrong — on Sun TV?

Set aside the fact that the Sun TV panel is a great definition of tone deaf. The back story to the panel is the real problem.

Toronto Sun columnist Christina Blizzard got the ball rolling last week when she warned Toronto Sun readers that the Elementary Teachers Federation of Ontario (ETFO) wanted to “indoctrinate teachers” and “brainwash the children” through a workshop “aimed at creating resentment of one race by all others.”

This is a “racist notion put forward by ETFO,” Blizzard declared. “It is as dangerous as it is corrosive.”

Of course, if Blizzard or Sun TV bothered to do a simple fact check before freaking out and making declarations about imaginary race wars breaking out in Ontario’s grade school classrooms, they’d realize initiatives like these are really about making schools more inclusive and reducing barriers to academic success for tens of thousands of students.

The workshop in question is a voluntary service offered to ETFO locals as a part of its Equity and Women’s Services. The program provides educators with resources and best-practices on dealing with issues relating to human rights, disabilities, violence against women, or discrimination towards GLBTQ and Muslim communities, issues that — surprise, surprise — some teachers in some schools in some communities in Ontario might encounter everyday in their classrooms.

Rather than encouraging elementary school teachers to chase white people out into the woods with pitchforks, the workshop, titled “re-thinking white privilege,” is meant to encourage “dialogue and courageous conversations about white privilege and other professional forms of privilege.”

Because, you know, just a wild guess here: maybe some teachers encounter issues of racial inequality in their day-to-day exchanges with students and parents?

So, despite what you may have read in the Toronto Sun or heard on Sun TV, you can relax: programs like these promote inclusion, not race wars.